In just 100 days, 1.3 million Indian American voters have to choose between “President Tweety” Donald Trump and “Sleepy Joe” Biden, as they call each other, who they want to win the White House. 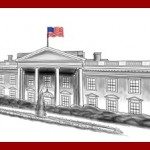 So much so that now both political parties are wooing them in right earnest hoping their demographic profile in eight battle ground states — from Arizona to Wisconsin — giving them a clout far larger than their numbers, would prove a game changer.

But who would be good for them, who would do better for the economy and who would stand by their former homeland. So let’s take a look at issues close to their heart starting with immigration.

President Trump earlier this month promised to bring a ‘great’ and ‘very powerful merit-based immigration act’ that would be “strong on borders’ and also take care of “people from DACA in a very Republican way.”

But he gave no details. Nor  does his campaign site listing an “immigration reform proposal which calls for the transition to a merit-based immigration plan” among the promises kept.

The campaign also does not outline Trump’s plans on the Deferred Action for Childhood Arrivals (DACA), the Obama era program that protects undocumented immigrants, who were brought to the US as children, after it was upheld by the Supreme Court.

It simply says that the Trump administration also “took action to wind down the DACA program in an orderly fashion” giving “Congress the opportunity to consider appropriate legislative solutions.”

President Trump, the campaign asserted “has enforced immigration laws to protect American communities and American jobs” and has “made removals of illegal immigrants a priority.”

Trump, it notes has “called on Congress to fully fund a wall along the Southern border, to close legal loopholes that enable illegal immigration, to end chain migration, and to eliminate the visa lottery program.”

The campaign also makes no mention of Trump’s June 22 proclamation suspending H-1B and other work visas until the yearend, or his abortive attempt to send back foreign students taking only on-line classes this fall.

Trump’s rival Biden, on the other hand, has vowed to immediately lift the curbs on these work visas extensively used by Indian professionals if he wins the race to White House in November.

“That will not be in my administration,” he said in a June 27 digital town hall adding, “The people coming on these [H-1B] visas have built this country.”

The former Vice President also promised to “make it easier for qualified green card holders to move through this backlog” in which  thousands of Indian professionals are stuck for decades due to seven percent country caps.

Accusing Trump of having “waged an unrelenting assault on our values and our history as a nation of immigrants,” his campaign says, “It’s wrong, and it stops when Joe Biden is elected president.”

Biden, it promised, “will support expanding the number of high-skilled visas and eliminating the limits on employment-based visas by country, which create unacceptably long backlogs.”

Biden, “will also work with Congress to reform the current system of temporary work visas to allow workers in select industries to switch jobs, while certifying the labor market’s need for foreign workers.”

In the first 100 days, a Biden Administration will “streamline and improve the naturalization process to make it more accessible to qualified green card holders,” it promised.

Promising to “protect Dreamers and their families,” his campaign vowed to make them eligible for federal student aid and provide access to community college without debt.

Supporting “family-based immigration by preserving family unification as a foundation of our immigration system,” Biden would exempt the spouse and children of green card holders from caps and allow parents to bring their minor children with them.

He also vowed to create a road map to citizenship for the nearly 11 million “unauthorized immigrants who register, are up-to-date on their taxes, and have passed a background check.”

The Biden campaign also vowed to end what it called Trump’s “detrimental asylum policies,” and rescind the “un-American travel and refugee bans, also referred to as ‘Muslim bans.'”