“Do not hold grudges,” “great help to campaign,” says Biden about former rival in cryptic notes.

Is presumptive Democratic presidential nominee Joe Biden getting inclined towards picking his former Indian American rival Kamala Harris as his running mate for the race to the White House?

It would appear so from the former vice president’s handwritten notes captured by a photographer for the Associated Press at a campaign event in Wilmington, Delaware, on Tuesday.

Harris’s name appeared at the top of Biden’s notes with cryptic talking points including “do not hold grudges,” “great help to campaign,” and “great respect for her.”

Daughter of a Tamil mother and a Jamaican father, Harris is among a “highly qualified and “diverse” group on Biden’s shortlist who is expected to announce his running mate next week.

But Harris’s failure to say ‘sorry’ for her scathing attack on Biden during the Democratic presidential debates “might cost her a chance at the vice presidency,” Helaine Olen wrote in an opinion piece in the Washington Post. 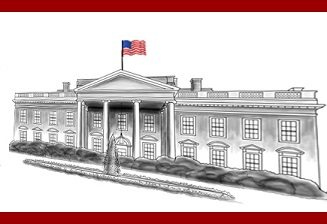 Criticizing Biden for having touted his “civil” working relationship with segregationist senators, Harris attacked him on his opposition to federally mandated school desegregation busing.

“There was a little girl in California who was part of the second class to integrate her public schools and she was bused to school every day, she said. “That little girl was me.”

Biden did not field any questions specifically about Harris during the Wilmington event, but Politico suggested the notes could be in response to his vice presidential search committee member Chris Dodd’s concerns about her.

When the former senator recently asked Harris about her ambush on Biden in June 2019, Dodd was stunned by her response, it said.

“She laughed and said, ‘that’s politics.’ She had no remorse,” Dodd told a longtime Biden supporter and donor cited by Politico.

“I don’t think Kamala Harris has it in the bag,” former Senate Majority Leader Harry Reid was quoted as saying.

Biden’s notes nevertheless set off widespread speculation about his running mate as they appeared shortly after Politico in a later withdrawn story indicated that he chose Harris on Aug.1, four days before the date.

“Joe Biden chose Kamala Harris to become his running mate for the 2020 election on Aug. 1, two weeks before the Democratic National Convention, after keeping his choice close to the chest for months,” Politico wrote in the pulled story, according to Fox News.

The report also included a quote saying “In his announcement, Biden called Harris ‘a worthy opponent and a worthy running mate,’ alluding to the pair’s rivalry during the earlier stages of the Democratic primary.

“She will bring her experience as a prosecutor, household name recognition, and skill as a debater to the ticket,” the report added.

Fox News said it had confirmed the text which has since been removed was published by mistake.