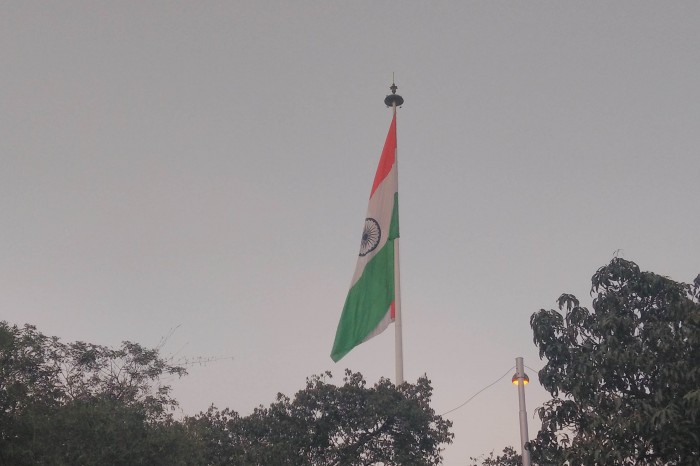 New York’s Empire State to be lit with Indian tricolor.

The ‘historic’ event has been organized by a leading diaspora organization, the Federation of Indian Associations (FIA) of the tri-state regions of New York, New Jersey and Connecticut.

“It will be the first time ever that India’s tricolor will be unfurled at the iconic venue in all its glory,” to mark India’s 74th independence day, it said in a media release.

“@FIANYNJCTorg  gearing up for the #IndianFlag Tri-color lighting on Empire State Building on Friday, AUG. 14.  and Historic Indian Flag Hoisting at Times Square on Saturday August 15th 2020   #tiranga,” it tweeted.

The Guest of Honour at the Aug 15 event will be Consul General of India in New York, Randhir Jaiswal. The landmark Empire State building will also be illuminated in the colors of the Indian flag—saffron, white and green — the previous night

“The Times Square flag hoisting ceremony is a testament to the Indian-American community’s growing patriotism and is a fitting tribute to the FIA which is celebrating its golden jubilee year,” FIA said.

Established in 1970, FIA marks India’s independence day with its flagship event, the India Day Parade in Manhattan every year with leading US politicians, Indian celebrities and the Indian-American community in attendance.

However, due to the covid-19 pandemic, the parade has been cancelled this year. Instead, the virtual Independence Day celebration at the Times Square will be live streamed.

The Consulate General of India in New York has also invited “members of the Indian community and friends of India” for a virtual event on Aug 15 that will be live streamed.

Celebrating Indian Independence Day in America? Here are the places to be (August 14, 2019)