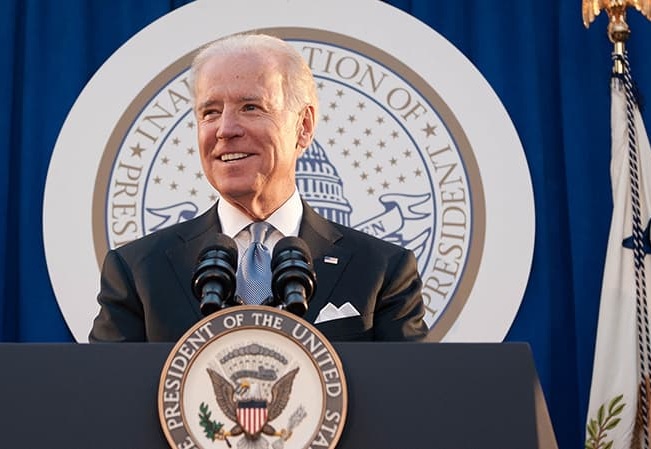 The former vice president will refocus on community priorities and author a more ambitious chapter in the U.S.-India relationship.

During the 1980 presidential campaign, Ronald Reagan asked Americans a simple question: “Are you better off than you were four years ago?”

The answer for too many of the Indian American community in 2020 is “no.” Like other Americans, we are coping with the devastating impacts of Covid-19, an economic collapse, racial division, corruption at so many levels of the Trump Administration — and, to top it all off, trying to make sense of an erratic American foreign policy, which seriously derailed U.S.-India relations. Donald Trump has made our preexisting conditions so much worse.

Take, for instance, his chaotic response to the coronavirus.  As early as February, Trump made clear to Bob Woodward that he understood the dangers of the virus, but chose to downplay its severity.  Why?

Because he cared more about his reelection prospects than American lives and livelihoods. Over six months later, more than 200,000 Americans have died, our economy is shattered, and many kids are unable to safely return to school — all as parts of the country argue over wearing masks.  This situation is emblematic of the chaos over the past four years.

Thankfully, we have an important choice to make that can help heal the nation and bring leadership and respect back to the United States.

The urgent question in this election is who can best manage the pandemic. Vice President Biden will fix our testing-and-tracing debacle, ramp up production of protective gear, and provide clear, science-based guidance to our community. You can count on him to protect the elderly and ensure effective and fair distribution of treatments and vaccines.

Biden will aid small businesses and entrepreneurs hit hard by Trump’s incompetent response.  He will support them through state and local investment programs, tax credits, expanded low-interest loans, and reduced barriers to technical assistance for innovators.

Trump’s appeal to a narrow political base has caused him to turn his back on our history as a nation of immigrants. Since he took office, Indian Americans from all backgrounds have encountered growing xenophobia.  Many of us have at one point or another been told to “go back to your country,” but I never imagined hearing that sentiment from the President of the United States. Vice President Biden has made clear he will not tolerate the rise in attacks based on ethnicity, race, or religion, like the hate crime that resulted in the death of Srinivas Kuchibhotla, soon after Trump was elected.

Biden’s America always has a place for Indian Americans.  The vice president has committed to work on immigration reforms that prioritize keeping Indian families together and provide a pathway to citizenship for more than 500,000 residents from India.  Biden will immediately revoke Trump’s suspension of H-1B visas.  He supports reforming the current system for high-skill, temporary workers to protect wages, then expanding visas, and eliminating limits on employment-based green cards.

While building back better at home, Biden similarly wants to reconstruct a stronger, sturdier U.S.-India partnership. Trump has elevated showbiz over substance to claim a superficially warm relationship.  In reality, this administration has tried (and failed) to bully India over trade differences.

Sadly, when we look beyond the photo-op of Trump’s February visit to India, you discover that it accomplished surprisingly little. He failed to secure even a “mini-deal” on trade to facilitate two-way business.  And despite the World Health Organization’s declaring Covid-19 to be an international public health emergency weeks earlier, it barely featured on Trump’s agenda in India.  Today, India and the United States have the most confirmed cases of Covid-19 anywhere.

Unlike Trump, the former vice president is a longtime champion of the U.S.-India relationship.  In 2006, Biden shared his bold vision for the future: “My dream is that in 2020, the two closest nations in the world will be India and the United States.”  He’s never wavered since.

As Chairman of the Senate Foreign Relations Committee, Biden guided the passage of the landmark U.S.-India Civil Nuclear Agreement, which transformed the bilateral relationship. The Obama-Biden administration elevated cooperation against old and new terrorist threats. They also declared India should be a member of an updated United Nations Security Council, worked with Congress to make India a “Major Defense Partner” comparable to the closest U.S. allies, and established the original blueprint for Indo-Pacific collaboration.

Biden will not only stay the course on the U.S.-India security partnership, he will distinguish himself as a consistent, more trustworthy alternative, as India manages a dangerous competition with China.

But the big difference is Biden will also work closer with India on long-neglected areas that would help people everywhere: public health, education, climate change, sustainable energy, the use of technology in job-creating innovation, and democratic institution-building.

The Biden-Harris team has a much broader, values-based vision of the U.S.-India partnership that recognizes Indian Americans’ essential role.  They are the only ones who can sincerely address community priorities, and restore us as a centerpiece of a rejuvenated friendship. This November, nothing less than the American dream is on the ballot.

(Atman M. Trivedi worked in the Obama Administration at the U.S. Departments of State and Commerce and on the U.S. Senate Foreign Relations Committee. He is a Managing Director at Hills & Company and Nonresident Senior Fellow at the Atlantic Council.)