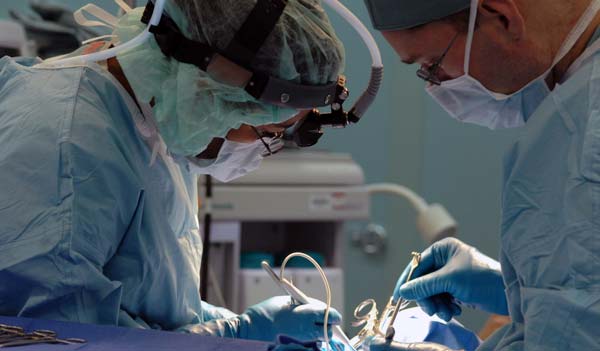 An Indian American doctor is at the center of a controversy surrounding complaints of allegedly unneeded surgeries performed on immigrants detained at a US Immigration and Customs Enforcement (ICE) contracted center in Georgia.

Medical records from detainees at the Irwin County Detention Center in Georgia indicate that multiple women have undergone invasive gynecological procedures that in some cases may not have been medically necessary, the New York Times reported.

Interviews with 16 women treated by Dr. Mahendra Amin, and reviews of seven medical files, demonstrate a pattern of over-treatment with surgery, misleading case notes, and a lack of meaningful consent, it said.

Dr. Amin, who practices gynecology in the nearby town of Douglas has been described by ICE officials as the detention center’s “primary gynecologist,” according to the Times.

The cases were reviewed by five gynecologists — four of them board-certified and all with medical school affiliations — who found that Dr. Amin consistently overstated the size or risks associated with cysts or masses attached to his patients’ reproductive organs.

The doctor’s diagnoses and treatments are “poorly supported” and “not well documented,” said one medical doctor who reviewed the cases cited by the Times. Another said he was “overly aggressive in his treatment.”

One patient went to the doctor with a rib injury, the Times said. His notes say she had pelvic pain and ovarian cysts, and he did a surgery to remove those.

The patient was quoted by the Times as saying she had not complained about pain and did not understand she was having surgery.

The Irwin County Detention Center drew national attention this month after a nurse, Dawn Wooten, filed a whistle-blower complaint claiming that detainees had told her they had had their uteruses removed without their full understanding or consent, Times said.

Since then, both ICE and the hospital in Irwin County have released data that show that two full hysterectomies have been performed on women detained at Irwin in the past three years, the newspaper said.

But firsthand accounts are now emerging from detainees, who underwent other invasive gynecological procedures that they did not fully understand and, in some cases, may not have been medically necessary, it said.

At least one lawyer brought the complaints about gynecological care to the attention of the center’s top officials in 2018, according to emails obtained by The New York Times, but the outside referrals continued.

Dr. Ada Rivera, medical director of the ICE Health Service Corps, was cited as stating that the whistle-blower’s allegations “raise some very serious concerns that deserve to be investigated quickly and thoroughly.”

She added, “If there is any truth to these allegations, it is my commitment to make the corrections necessary to ensure we continue to prioritize the health, welfare and safety of ICE detainees.”

Dr. Amin’s lawyer, Scott Grubman, was cited as stating that the physician “strongly disputes any allegations that he treated any patient with anything other than the utmost care and respect.”

Grubman said that patient privacy laws prevented him from discussing any specific patient’s treatment, but in each case it “was medically necessary, performed within the standard of care, and done only after obtaining full informed consent.”

The statement added that Dr. Amin always uses an interpreter when treating patients who do not speak English and “always attempts to treat his patients with more conservative treatment, including medicine and less invasive procedures, before even recommending surgery,” which he views as a last resort.

Dr. Amin’s billings had previously come to the attention of federal authorities, the Times said.

In 2013, the Justice Department named him in a civil case alleging that he and several other doctors had overbilled Medicare and Medicaid by, among other things, performing unnecessary procedures on terminal patients and leaving the emergency room staffed by nurses while billing for diagnoses and treatments as if they had been performed by doctors.

The case was settled, and the defendants were collectively required to pay $520,000 while admitting no fault, it said.