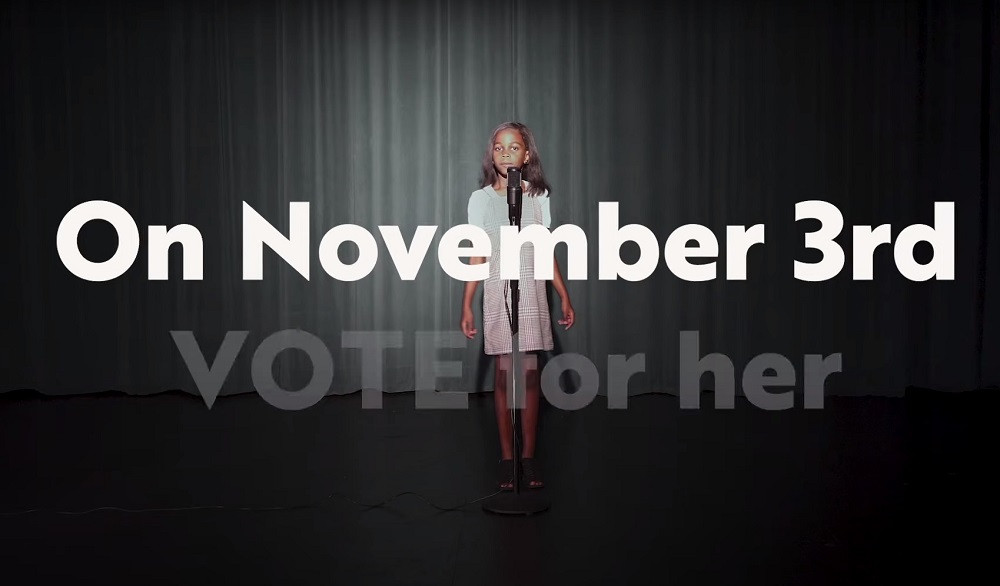 Democrats have released a set of nationwide ads highlighting the historic nature of Kamala Harris’ nomination as the first Black and South Asian woman on a major party’s presidential ticket.

Released ahead of her face off with Vice President Mike Pence in Salt Lake City, Utah, Wednesday, the ads featuring only Harris are aimed at engaging Black voters, particularly in battleground states, CNN reported.

It’s her second solo rollout of nationwide paid ads on the Biden-Harris campaign, and will air on television, radio and digital.

The ads will be released nationwide with an emphasis on Pennsylvania, Ohio, Michigan and Georgia, among other states, CNN said citing a campaign aide.

One 30-second spot, called “Mirrors,” shows an elementary school aged Black girl watching footage of Harris’ selection on her couch with a female narrator calling it a “historic decision.”

The small girl reacts in complete awe and then the video shows her on stage, with the message “On November 3rd, vote for her” in bold white letters appearing over her. “Our time is now,” the young girl declares.

Another 30-second ad titled “On the Ballot,” shows Harris describing the flagship “Build Back Better” plan amongst footage of her interacting with voters while wearing a mask on the campaign trail.

“This election is about building this country back better, and that’s what Joe and I will do,” Harris says over behind-the-scenes footage of her greeting people with an elbow bump in Milwaukee, Wisconsin, leaning over to talk to small children in Fresno, California, and posing with a group of Black students at her alma mater Howard University in Washington, DC.

And the third and longest spot, called “Intergenerational,” does not feature Harris but a Black mother describing her families fight for civil rights alongside her daughter and holding her toddler-aged granddaughter.

Alveta, the mother, describes seeing a burning cross on her front lawn as a young girl and thinking “there’s a big candle in the yard,” too young to understand its symbolism and the hate, she says.

“And now we’re having to fight for civil rights all over again,” Alveta said, tying the need to get things “back on track” with a vote for the Biden-Harris ticket.

Harris and Pence will be separated by plexiglass at Wednesday night’s debate, CNN said citing a source familiar with the preparations.

The commission, along with medical consultants at the Cleveland Clinic, made the decision on Monday after studying the airborne nature of the virus and the growing number of positive cases in the White House

But the decision by the commission to enhance safety measures at Wednesday’s debate was met with mockery from Pence’s team.

“If Sen. Harris wants to use a fortress around herself, have at it,” Pence spokesperson Katie Miller was quoted as saying.

The commission, meanwhile, has continued to operate like the second Presidential debate on Oct. 15 in Miami and the third debate on Oct. 22 in Nashville are going to happen, CNN said.