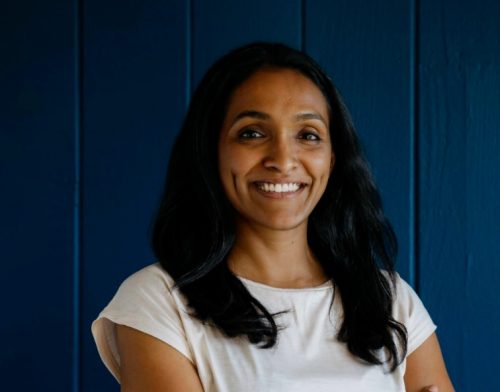 Indian American urban planner Nithya Raman has won a seat on the Los Angeles City Council unseating David Ryu in a district that includes the Miracle Mile and much of the Hollywood Hills.

Raman, 39, a Silver Lake resident, will become the third woman of color to join the council.

Once Raman takes office on Dec 14, women will occupy three of the council’s 15 seats — 20% of the total, the Los Angeles Times reported.

Council President Nury Martinez said she was excited to have “a third woman of color join this council.”

Raman will join the council as it confronts a massive budget shortfall, a growing homelessness crisis and a deadly pandemic, the Times said.

Raman campaigned on proposals for setting up community access centers for homeless residents and making the Los Angeles Police Department a much smaller, specialized armed force.

She also promoted a rent forgiveness plan that would deliver cash payments to smaller landlords and tax credits for larger ones.

In a statement, Raman said her campaign was the product of “energized people who were just realizing their power to shape the city” and “organizers and movement leaders who have been fighting for a better LA for years.”

“The crises facing Los Angeles are vast but hopefully not insurmountable,” she said. “We are excited to build off of the policies we campaigned on, and get to work.”

Raman, according to the Times, worked closely with an array of leftist activist groups, including the Democratic Socialists of America-Los Angeles and Ground Game LA, and secured the endorsement of Senator Bernie Sanders.

In his concession statement, Ryu, 45, congratulated Raman on her victory and said the city would need to come together to overcome its various problems.

Before coming to Los Angeles, Raman, a mother of two, started Transparent Chennai in India, according to her official bio.

The organization worked with residents of slums to create data that strengthened their advocacy for resources like running water and basic sanitation.

Working for the City Administrative Officer of Los Angeles in 2014, Raman wrote a report detailing how the city was spending over $100 million on homelessness, most of it on jailing the unhoused, rather than helping them into stable, permanent homes with access to services.

In response to a growing population of people experiencing homelessness in her own community, Raman and a group of neighbors started SELAH Neighborhood Homeless Coalition in 2017.

SELAH has organized regular outreach programs, and brought regular hot meals and showers to a region of the city severely lacking in such resources.

The coalition has enabled hundreds of volunteers to get involved and educated about the growing homelessness crisis.

Raman also continues to serve as Co-Chair of the Silver Lake Neighborhood Council’s Homelessness Committee, a position she has held since early 2017.

Raman also served as executive director of Time’s Up Entertainment, the women’s rights movement furthering equity and safety for women in the entertainment industry.

Under Raman’s leadership, the team launched a critics database, a mentorship program for the executive and producer pipeline, Know your Rights resources related to sexual misconduct in the workplace, and created regular opportunities to strengthen community building.

Raman holds a Masters degree in urban planning from MIT and an undergraduate degree from Harvard.