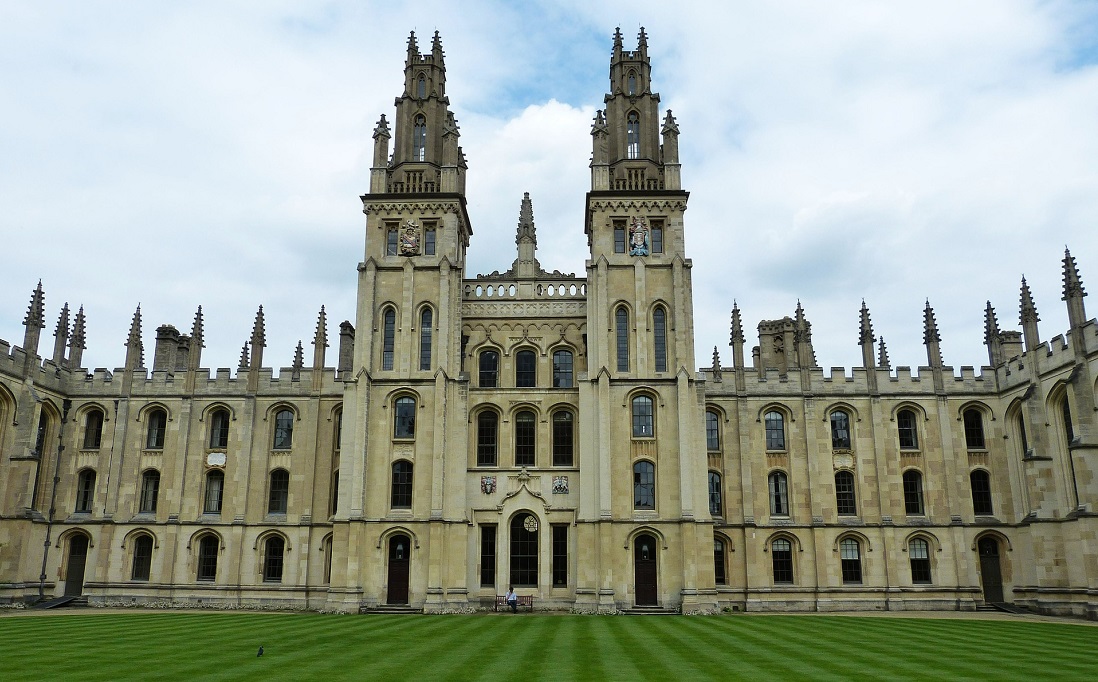 Include a Ghungroo choreographer; interests range from environmental change to refugee and forced migration studies.

Four Indian Americans are among the 32 Americans chosen as Rhodes Scholars representing the United States for study at the the prestigious Oxford University in England.

Chosen “entirely virtually” for the first time from 953 applicants, the four Indian Americans in  the group are Swathi R Srinivasan from Ohio, Vijayasundaram Ramasamy from Kansas,  Garima P. Desai from California and Savarni Sanka from North Carolina.

“This year’s American Rhodes Scholars reflect the remarkable diversity that characterizes and strengthens the United States,” said Elliot F. Gerson, American Secretary of the Rhodes Trust, announcing the names of the class of 2021.

Twenty-two of the 32, who will enter Oxford in October 2021, are students of color; ten are Black, equal to the greatest number ever elected in one year in the US, according to a media release.

“These young Americans will go to Oxford next October to study in fields broadly across the social, biological and physical sciences, the humanities, and public policy,” Gerson said.

“They are leaders already, and we are confident that their contributions to public welfare globally will expand exponentially over the course of their careers,” he said.

Among the Indian Americans, Swathi R. Srinivasan from Beachwood, Ohio, is a senior at Harvard College with double concentrations in Social Studies and History of Science, with a focus on public health inequality.

She is also writing a thesis for the Chemistry Department. She was an intern at the UN Joint Program on HIV/AIDS in Geneva, has done extensive research and activism on the opioid epidemic, and chaired the Policy Program at the Kennedy School Institute of Politics.

Srinivasan is also a Ghungroo choreographer. At Oxford, Swathi intends to do the M.Sc. in International Health and Tropical Medicine and the MSc in Comparative Social Policy.

Vijayasundaram Ramasamy from Overland Park, Kansas, graduated from Johns Hopkins University in 2018 with a major in Public Health Studies.

Since graduation, Ramasamy was for one year a Special Assistant in the Baltimore City Health Department and is currently Policy and Budget Advisor in the Office of Kansas Governor Laura Kelly, with responsibilities for the State’s COVID-19 re-opening plan.

While at Johns Hopkins he was an active volunteer in healthcare and social services in underserved neighborhoods.

He was also co-President of the University Hindu Students Council, worked as a research and teaching assistant in public health, and has been very active in political campaigns.

At Oxford, Ramasamy intends to do the M.Sc. in Comparative Social Policy and the Master of Public Policy.

Garima P. Desai from Fremont, graduated in May 2020 from the University of California, Santa Cruz with a double major in Environmental Studies and Economics.

She currently works as a transportation planner in Oakland, California. While at UC-Santa Cruz, Desai worked as a research assistant on issues related to housing and transportation.

She is passionate about using economics as a tool to solve pressing climate issues. At Oxford, Garima plans to pursue an M.Sc. in Economics for Development and an M.Sc. in Environmental Change and Management.

Savarni Sanka from Cary, North Carolina is a senior at Wake Forest University where she majors in Politics and International Affairs and in Spanish, with a minor in Middle East and South Asia Studies.

She has a perfect academic record and is a leader of many student organizations including the Hindu Students Association and the Student Association for the Advancement of Refugees.

She has also studied or done volunteer work in Spain, Morocco, and Nicaragua. She is passionate about improving the welfare of migrants and marginalized people everywhere.

At Oxford, she plans to do the M.Sc. in Refugee and Forced Migration Studies and the Master of Public Policy.

Rhodes Scholarships provide all expenses for two or three years of study at Oxford University and may allow funding in some instances for four years.

Gerson called the Rhodes Scholarships, “the oldest and best-known award for international study, and arguably the most famous academic award available to American college graduates.”

The Scholarships were created in 1902 by the Will of Cecil Rhodes. The first class of American Rhodes Scholars entered Oxford in 1904.