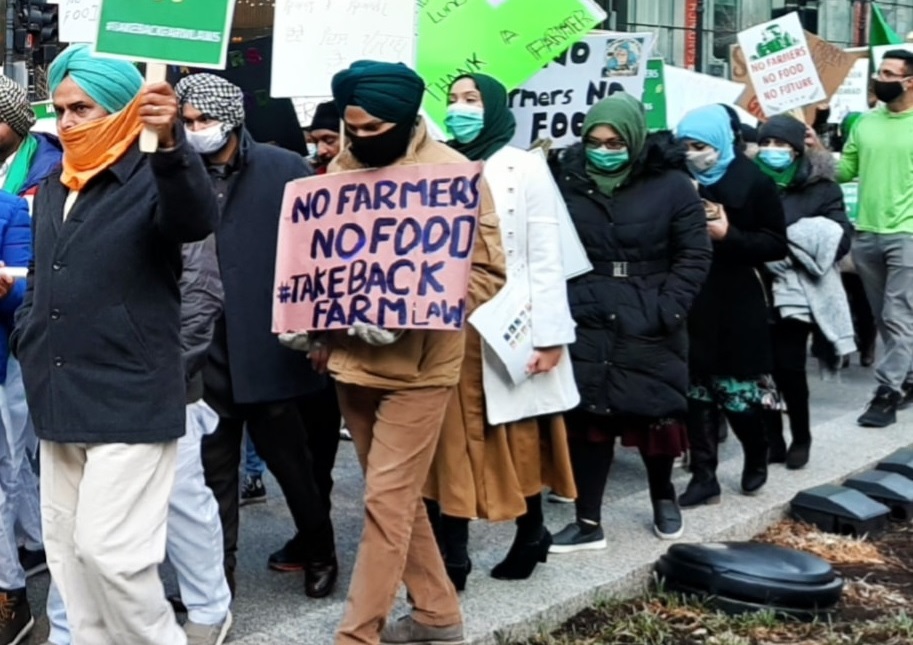 Amid scattered protests in the US supporting Indian farmers agitating against three new farm laws, the Indian Embassy in Washington circulated an ‘open letter’ to farmers clarifying ‘misconceptions’ about them.

“The Government is also engaged with farmers’ groups in India in order to inform them about the benefits of these legislation,” he said.

India’s agriculture minister, Narendra Singh Tomar has written an open letter to the farmers, “putting the reform measures in their proper perspective and clarifying misconceptions about them.”

“The letter contains categorical assurances on issues such as the Minimum Support Price, and the continuation of the existing market mechanism,” George said.

The “historical agricultural reforms” have been welcomed by many farmer organizations, Tomar wrote. “They are happy with these reforms, farmers have found a new ray of hope in these reforms.”

However, he said “confusion has been created about these laws among some of the farmers’ organizations.”

Tomar claimed that “after the new law came into force, all previous records of government procurement on MSP have also been broken.”

“At a time when our government is creating new records of procurement on MSP and increasing the number of procurement centres, some people are lying to the farmer that the MSP will be done away with,” he wrote.

“MSP continues and will continue,” he  assured . So will agricultural produce market committee (APMC) mandis  as the new law would not be applicable to them.

“The mandis are in operation and will be operational. APMC is being strengthened further,” Tomar wrote. “Along with this, the open market will also give you the option of selling your produce at good prices at your door.”

“Besides, the transporting cost of produce from the farm to the mandi will also be saved,” he added.

“The ownership of farmer will remain on the land,” Tomar wrote.  “The government which is also providing ownership of the house to every family living in villages through ownership scheme, will never permit anyone to arrogate even an inch of land of the farmers.”

“Our government is committed to the farmers both by intention and policy,” Tomar assured. For Prime Minister Narendra Modi, farmer welfare is one of the most important commitment of his life, he wrote.

“In order to empower the farmer, our government has taken every decision from seed to market for the last 6 years, which will make farming easier for farmers, reduce difficulties and increase their profits.” the minister wrote.

Since most of the warehouses, cold storages and processing centers are located near the big towns rather than villages, farmers cannot avail full benefit of these facilities, he wrote.

“To overcome this imbalance, now an Agricultural Infrastructure Fund of Rs. one lakh crore (one trillion) has been created.”

The process of dialogue about agricultural reforms was  started in 2001 during the period of previous Bharatiya Janata Party (BJP0 led Atal Bihari Vajpayee government, Tomar wrote.

The previous Congress party led government which was in power at the Center from 2004 to 2014 was also in support of these reforms, mentioning these reforms in its manifesto, he wrote.

When the NDA government was formed in 2014, it started discussion about these reforms afresh. Model laws were sent to state governments and the matter was taken to millions of farmers across the country, Tomar wrote.