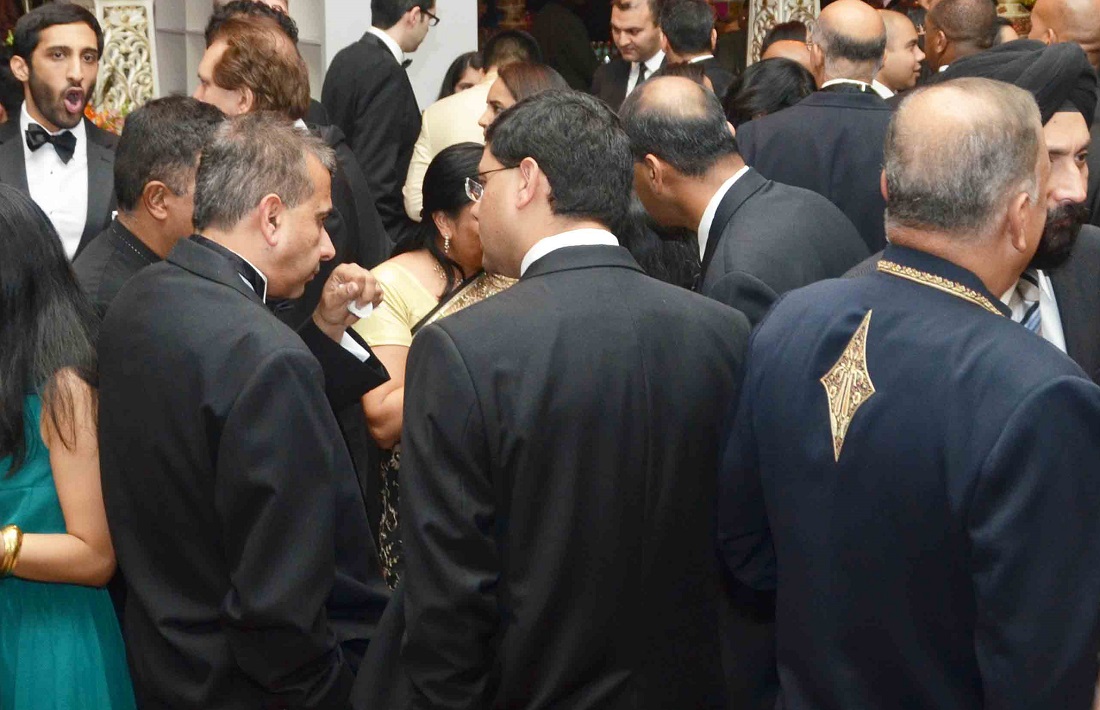 India needs the skills, knowledge, and investments of the pravasi to regain its global position.

It is practically impossible to have a well-rounded discussion about India’s socio-economic development without pooling in the role of the Indian diaspora.

Standing at 32 million and comprising of NRIs (Non-Resident Indians) and PIOs (Persons of Indian Origin), India has one of the largest diasporas in the world.

According to World Bank figures, in 2019, India was also the top receiver of remittances – nearly 12.7% of the global total – and this contributed to nearly 2.9% of India’s GDP.

These remittances came from across the world, mainly from the USA and the UAE. Thousands of households who receive these incomes use it to further stimulate demand in the local economy.

The impact of India’s diaspora is so broad that we can safely say that there is a bit of “Indianness” in everything. From technological innovation to healthcare to public policy, there is no technical field that has escaped the influence of the pravasi.

Thanks to renowned artists like Ravi Shankar, who took Indian music to great heights in the West, filmmaker M. Night Shyamalan, and actor Dev Patel, pravasi roots have been firmly placed even in the world of art.

“The pravasis (diaspora) of India, numbering over 31 million across the world, are our pride!”  says Sanjay Bhattacharya, Secretary in the Ministry of External Affairs.

“They excelled in their chosen fields, such as politics, business, management, science, culture, and brought pride and prestige to the community. They also maintained links with the motherland.”

The entrepreneurial spirit of Indian immigrants also cannot be overstated. The technology giants such as Google and Microsoft, led by Sundar Pichai and Satya Nadella – some of the most prominent figures in Silicon Valley — illustrate the large role that the Indian diaspora play in innovation in the US.

To put it in numbers, an estimated 8% of high technology companies were founded by Indian Americans, and nearly a third of all Silicon Valley companies were owned by the Indian diaspora.

Joe Biden and Kamala Harris’ election as the US president and vice president throws the spotlight on another significant observation: the influence of the Indian diaspora goes beyond technology and innovation.

Harris, Nikki Haley, Vinai Thummalapally, and other pravasi political figures all exemplify the growing impact the Indian diaspora have on the forging of public policy.

Harris’ rise is an empowering symbolic statement for pravasis. Gender barriers were broken, further inspiring not just other pravasi women, but also Indian women back home as they rejoiced over Harris’ victory in her ancestral village.

Harris’ election has broken the stereotypical walls to set a new norm: Indian immigrants now have a large impact on global public policy and will continue to do so.

Various other regions also saw the rise of Indians in their polity. Kanwaljit Singh Bakshi has been a member of New Zealand’s parliament for 12 years.

In Scandinavia, Himanshu Gulati is a parliamentarian in Norway. Mahendra Chaudhry is a former and first Indo-Fijian Prime Minister of Fiji, and Pravind Jugnauth is the incumbent prime minister of Mauritius.

Increased Indian American emergence could have implications beyond local American policy and could play a role in realizing the potential of the Indian economy and strengthen US-India relations as a result.

Bilateral ties could be elevated to new levels and strides can be made in the areas of immigration, innovation, and trade. Harish Kolasani, National President, NCAIA (National Council of Asian Indian Associations), echoes the importance of the pravasi in US-India relations.

“The Indian American diaspora community represents a powerful engine for growing and strengthening both economic and social ties between the US and India,” he says.

“US residents of Indian descent or affiliation have increasingly emerged as a political, social and economic presence with passionate interests in both of their homelands.”

Another interesting observation was the philanthropic involvement of the Indian diaspora as a united collective.

ChaloGive, Indiaspora’s annual online giving campaign, raised close to $1.2 million and enabled over 8 million meals in the US and India earlier this year.

The campaign focused on addressing food insecurity and supporting the most vulnerable communities in the US and India. The campaign’s goal of raising $1 million was achieved in just nine days which confirms that the community was eager and looking for ways to give back.

“Role of Indian diaspora in India’s growth and development has increased significantly over the last two decades,” says Ashok Sajjanhar, former Ambassador of India to Kazakhstan, Sweden and Latvia. “It came to fruition with the full-throated support to the India-US civilian nuclear deal by Indian Americans from 2005 onwards.”

Indian Prime Minister Narendra “Modi has considerably enhanced their contribution to expansion of India’s clout and influence in the world by single-mindedly and vigorously reaching out to them in all countries he visited,” he says.

Pravasiya Bharatiya Divas, celebrated on January 9 in honor of the contributions made by India’s overseas community commemorates the return of Mahatma Gandhi from South Africa. It gives us a chance to renew the spotlight on the importance of India’s pravasi and their integral role in India’s economy.

“The Ministry of External Affairs has a policy of four Cs — care, connect, celebrate and contribute for engagement with our Pravasi brothers and sisters,” Bhattacharya said.

“Every two years we celebrate our bonds through the Pravasi Bharatiya Divas (PBD) convention,” he said. “The 16th PBD convention will be held on January 9, the day Mahatma Gandhi returned to the motherland.”

“Five PBD conferences were held on our links with pravasis in economy, culture, media and entertainment, in the Gulf and the youth,” Bhattacharya noted.

“The nation is currently engaged in Aatmanirbhar Bharat (self-reliant India) to regain India’s position in global affairs. The theme of PBD Convention on January 9 will dwell on the potential for Pravasi contributions towards that objective and how they can play a role in national development,” Bhattacharya said.

Being among the most highly educated and effectual ethnic groups in the countries that they emigrate to, India’s pravasi hold great potential that can be tapped into as the nation pursues the goal of an Atmanirbhar Bharat.

The vehemence of the overseas community for national growth must be translated into concrete action in the form of knowledge transfer, monetary investments, and heightened civic engagement.

Most importantly, an effective communication link must be ensured. Communication channels like the Pravasi Rishta portal, which has recently been launched, are crucial digital tools in connecting diaspora and establishing strong links between diaspora, MEA, and the Indian missions.

The Indian diaspora’s investment is relatively much lower compared to other diasporas such as that of China, which contribute to 50-70% of China’s FDI.

There is certainly room for improvement. Investment by Indian immigrants can be induced by setting up seamless investment channels.

This can be further accelerated by conducting outreach and information campaigns to educate the diaspora of the investment opportunities involved.

The Indian Diaspora Investment Initiative, a collaboration between the Calvert Foundation and USAID, is one such initiative that aims to make it easier for the Indian American diaspora to invest in social enterprises back home.

It enables the pravasi to have an active and direct role in funding social enterprises for sustainable development throughout India. Similar channels can be set up throughout the world to boost the pravasis’ investment engagement in India’s economic growth.

Cultural engagement of the pravasi youth is also paramount to strengthen ethnic linkages for the younger generation, who will soon be spearheading global change.

What does it mean to be an Indian? What are the issues that the nation faces? How can one contribute to an Atmanirbhar India?

These are some of the vital questions that the pravasi youth must be able to answer if they were to strengthen the Indian presence across the globe.

Initiatives like Know India Program by the Indian Ministry of External Affairs builds on these questions and aids Indian origin youth in understanding their cultural identity.

Various pravasis throughout the world are conducting cultural outreach programs to work towards this very goal.

“I believe that our kids are our future and to leave them a legacy of rich heritage and culture from India is my moral obligation towards the future generations to come,” says Sibu Nair, Executive Director of CHAI (Council of Heritage and Arts of India, Inc) and Pravasi Bharatiya Award Winner 2021.

“It is a form of expression and a bridge between cultures. It is a vehicle for social change. My vision is to see and preserve this culture and help others to experience it through form of art,” he says.

Philanthropic contributions by eminent pravasi figures must also be encouraged. Apart from donating to institutions in their host country, the pravasi can also look towards aiding local Indian institutions.

Now, the problems. The first issue that strikes like lightning is brain drain. There is no doubt that efforts need to be taken to preserve India’s talent to boost innovation and improve local institutions and businesses.

Data compiled by The Indian Express shows that there has been an accelerating trend in the emigration of Indian talent, particularly in academic toppers.

This trend was also observed to extend to the young descendants of the wealthy, who are now choosing to go abroad to pursue higher education and career opportunities in large numbers.

India’s National Education Policy (NEP) 2020 specifically addresses the problem of brain drain by introducing measures such as inviting foreign institutions to set up camp in India, which is a step in the positive direction.

But moving forward, public discourse on India’s brain-drain problem must not obscure the importance of India’s existing diaspora.

Rather than viewing the Indian diaspora from a discouraging lens, this massive pool of talent must be perceived as a potential opportunity that can be harnessed to further propel India’s economic growth and foreign policy.

Solutions to the brain drain problem must have a broader scope that involves an active role for the Indian diaspora to play their part in contributing to the nation’s development.

This is where technology can play a key role, in anchoring the pravasi to local institutions such that there is a free flow of knowledge and skills. Brain drain must be transformed to wisdom gain.

By conducting large scale remote working set-ups throughout the world, the pandemic has unraveled the wonders of existing technologies for professional mobility.

For example, a pravasi tertiary student in Singapore can easily be a remote intern with an Indian firm with the aid of modern digital tools.

Similarly, pravasi-to-local collaborative channels can be set up for overseas academicians, innovators, businesspeople, policy makers, and the list goes on.

Atul Tyagi, Chief Strategy Officer at Alpha Global IT, says, “As India emerges out of Covid, the diaspora will play a crucial role in investing in India and contributing to India’s growth through technology-driven best practices, especially in creating a data-driven global supply chain that is efficient, secure and effective.”

Similar to how exceptional figures like Mahatma Gandhi returned from South Africa and had such a huge impact on the workings of India, modern-day pravasis hold significant potential in returning – either physically or in the form of investments and knowledge transfers – and reforming India into an Atmanirbhar Bharat.

In the wake of the pandemic, if India were to regain its global significance and turn into a manufacturing powerhouse, it will require the skills, knowledge, and investments of the pravasi.