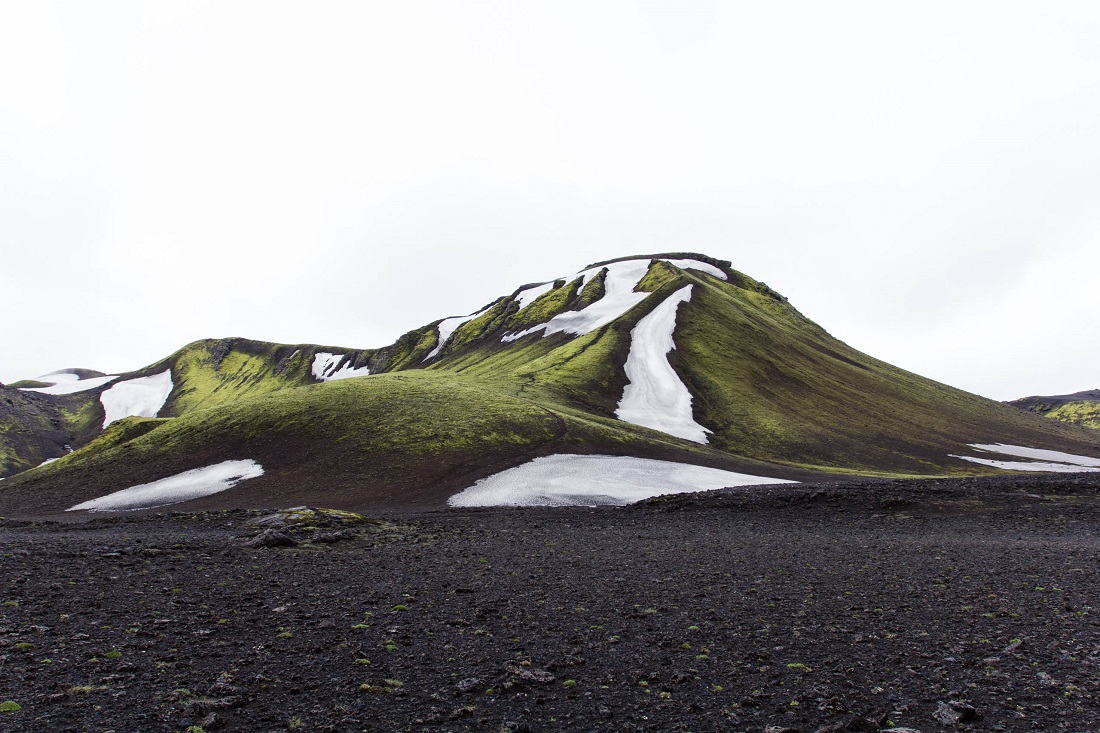 By Rajesh Mehta and Manickam Valliappan

The climate crisis will be a key strategic convergence in improving Indo-US bilateral relations.

“The cry for survival comes from the planet itself, a cry that can’t be any more desperate or any more clear”, said an impassioned 46th President of the United States. After four tumultuous years of Trump’s climate denialism and disregard for the environment, Joe Biden was a huge sigh of relief. There was finally some room for climate activism in a country that has some of the highest per-capita emissions in the world.

From the Secretary of State to Secretary of Transportation, Biden’s administration comprises of a strong climate-proponent bench ready to play the sabotaged climate field left behind by Donald Trump. The pick of John Kerry as special climate czar was an early signal that Biden is taking climate change seriously. Anthony Blinken, the freshly sworn-in Secretary of State under Biden, has stressed climate change as a key convergence in building back America’s frayed international relations. Transportation secretary Pete Buttigieg has vowed to use the levers of his cabinet in battling climate change. Deb Haaland, soon to be sworn in as Secretary of Interior, has also expressed her objective to make climate change a priority in her cabinet which will oversee the conservation of federal lands and natural resources.

The climate agenda is taking a front seat in every major federal department. Just like how a Washington Post opinion piece put it, “Every Cabinet job is about climate change now”.

Most of Biden’s picks are Obama-era veterans. With Biden’s administration being a construction of his former boss’ administration, a huge question hangs over his future: will it be just another carbon copy of Obama’s climate legacy – which was a step in the positive direction but arguably baby-sized considering the degree of the problem – or will we see rapid progress where climate change solutions are no longer just abstractions but concrete actions to be executed in an expeditious manner?

It is tempting to say that things will be different given how important climate change has been in Biden’s presidential promises to the American public. Never has an American president been this passionate in making climate change the forefront of social and economic change.  His cabinet picks further reflect this fact. Perhaps this is what Biden wants to be remembered for. Whatever his intention may be, his agenda is clear: the climate crisis is a top priority, and the federal government will do everything it can in combating this crisis.

But climate activists may not rejoice just yet. There is a unified Democrat-led government, but the road ahead is still bumpy. With only a razor-thin Senate majority further endangered by moderate Democrat Senators such as Joe Manchin from coal state West Virginia, there will be many hindrances in Biden’s legislative climate agenda. The recent upholding of the filibuster, which will make it harder for legislation to pass through even with a simple majority, is further affirmation that radical overhauls of the current climate structure will face strong opposition even if the Democrats are in power.

While opposing concerns will have to be heard and large compromises will have to be struck in order to introduce longstanding climate legislation, the power of the executive order still remains. In this regard, Biden is moving deftly. The very first day of his presidency saw the reintroduction of the US into the Paris Climate Agreement. The Keystone Oil XL pipeline project was also cancelled on the same day. More executive orders are being set in motion to ban new oil and gas leases on federal lands. Some climate progress can still be accomplished via executive action.

“You can be remembered as the “climate president” who led humanity away from the cliff’s edge. You can transform the world’s energy systems from fossil fuels to clean energy, while also creating an abundance of jobs, reducing harmful pollution, and tackling economic, racial, and health inequality in the process”, read the open letter to Biden, signed by various prominent figures across academia and business such as Ajay Banga, Seema Arora, Marc Benioff, and Padma Lakshmi.

A key area that Biden will revive America’s position in is multilateral collaboration. Trump’s isolationist and inward outlook had hampered international cooperation on climate change. A turbulent 4 years saw the largest historical emitter pulling out of multilateral platforms, discouraging other major polluters to reduce their emissions as a result. This paradigm is quickly shifting under Biden. The US will now adopt a more internationalist outlook for solving the climate crisis. “We are proud to be back. We come back, I want you to know, with humility for the absence of the last four years and we’ll do everything in our power to make up for it”, were some of John Kerry’s first remarks as a climate envoy when addressing the international community at a UN Summit.

The reintroduction of the US in international climate forums is good news for India. The climate crisis will be a key strategic convergence in improving Indo-US bilateral relations. “Prime Minister (Narendra) Modi has been a very strong advocate for looking at renewable energy and different technologies, I think there’s a very strong potential for our countries to work together in that area,” Blinken said at his confirmation hearing.

India, with its ambitious plans to gear up its own climate response, has expressed its interest to go beyond just the Paris Agreement and to be a beacon of climate progress. Renewable energy capacities are being expanded at unprecedented rates. The cost of solar energy in India has nosedived and is now cheaper than coal. The electric automobile sector is also flourishing at an increasing pace.

Overall, a simple look at the Climate Action Tracker which assesses different factors such as climate pledges, policy projections, and fair share of nations suggests that India is ahead of its major emitter counterparts such as the US, China and the European Union. While all of these regions’ climate trajectories have been ranked as insufficient, India’s efforts have been categorized under the “fair share” range and compatible with keeping the world temperatures under 2 degree Celsius.

But there are certain domestic constraints that may not be in synchrony with international signals. Clearly, one cannot deny that India is a global leader in climate strides. However, one also cannot deny and trivialise the pivotal role of coal in the national economy. Accounting for 53% of installed energy capacity and nearly three-fourth of India’s electricity mix, coal still holds the energy throne. Storage and scale constraints for renewable energy is ensuring coal’s dominant position. According to a Brookings report, coal is expected to have a dominant role in India’s energy mix throughout the 2030s.

The solution is clear: make the existing coal extraction more efficient and cleaner while making breakthroughs in the renewable sector. Given the ever-increasing energy demand in India, and the nation’s ambitions of being a self-reliant – or Atmanirbhar – nation and therefore ensuring energy security, an incremental solution seems to be favorable economically and politically.

But make no mistake, a phased-in approach does not have to translate to nonchalance. There is no denying that new ideas will have to be embraced and nurtured. We will have to rethink existing economic structures as the traditional socio-economic system will collapse under the weight of modern issues. One such idea is the circular economy, which revolves around an ideal economic system where the product cycle involves the reuse, recycle, and reduce principles ingrained in it, and has immense potential in long-term sustainable economic growth. But the adoption of such ideas must be grounded in realism, by assessing India’s existing infrastructure and economic capabilities.

The commitment to climate change must also entail a commitment to an equitable and just transition. Similar to how one of Biden’s pledges was to urge the US congress to pass legislation that would protect the retirement and health benefits of miners, India needs to lay out a concrete plan of how it is going to phase out non-renewables while protecting the economic interests of stakeholders. States like Jharkhand where nearly 50% of its coal mines are being closed due to unprofitability are already seeing the necessity of such a transition.

Although India has expanded its renewable energy efforts, it is yet to come up with a firm timeline as to when it is going to phase out fossil fuels entirely. China, for instance, has committed to reach peak emissions by 2030 and carbon neutrality by 2060. Committing to a calculated timeline will ensure more international confidence in India’s climate leadership.

The ongoing World Economic Forum Davos 2021 summit being held virtually saw international leaders place renewed interest in combating climate change. A major highlight was Chinese President Xi Jinping’s push for global cooperation, stating that “arrogant isolation will always fail”. Though China’s growing aggressive authoritarianism in the international arena must be dealt with carefully, geopolitical tensions must take a backseat if we were to effectively tackle climate change. It is near impossible to concoct an international response to the climate crisis without involving one of the largest carbon emitters. India and the US must realize this and ease tensions using its diplomatic levers if it were to lead an integrated climate agenda.

Bilateral relations between the US and India can result in an effective duo fostering a climate leadership for the world. Both countries have shown the willingness to step up and tackle the crisis. All that is left now is collaboration, and that is the most crucial part. With one foot in the developed world and the other in the developing, Indo-US partnership can be pivotal in navigating the current international terrain and getting more countries to hop on board the climate agenda.

(Rajesh Mehta is a Leading International Consultant & Columnist working on Market Entry, Innovation & Public Policy, and is a regular columnist at The American Bazaar. Manickam Valliappan is a researcher closely working with Mr. Mehta. Views expressed are personal.)