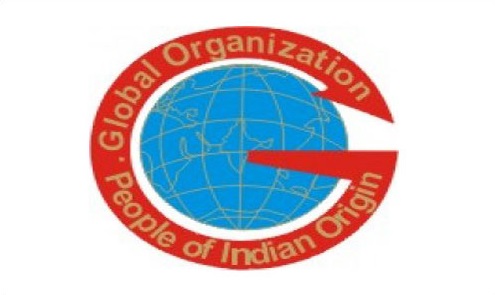 GOPIO organizes webinar to take India’s outreach to diaspora to the next level.

How can India with its 32 million strong diaspora, the largest in the world, can use the diaspora youth power creatively for the benefit of India and the world?

Youth and senior leaders of the diaspora from around the world provided their perspectives on the issue at a webinar on “India’s Outreach to the Diaspora – Youth Perspective,” organized by the Global Organization of People of Indian Origin (GOPIO) on March 7.

As the youth-led initiatives and their success stories around the world have shown, collective action from young people is already changing things for the better, said GOPIO chairman Dr. Thomas Abraham, according to a media release.

Identifying youth leaders and supporting them in their efforts to be the leaders who could be a critical link between the government of India and the immigrant youth who are spread around the world, he said.

ARSP’s objectives, according to Mudgal, are “to take the initiative with the Indian diaspora to the next level by:

1. Outreach to diaspora; 2. Engage the youth of Indian origin; 3. Help the diaspora in research and publication; 4. Expanding of diaspora organizations around the world and in India.

Noting that the Indian diaspora is one of the most successful in every domain, Mudgal said, “You have done very well. You also enjoy tremendous good will among the host nations.”

“Diaspora plays an important tool of power as each of you is the Ambassador of India,” he said asking them to reflect on the “changes we need to make to shine more?”

The lively session attended by talented youth from the US and Europe was moderated by Dr. Beena Ramachandran of GOPIO, Connecticut.

Ananya Kotian, a Junior in high school aspiring to pursue an education in psychology, said, “We are successful because of the values we have inherited from our country of origin, India.”

Founder of the blog Cultural Kaleidoscope, which delves into Asian culture from a young American Indian’s perspective, Kotian advocated for virtual cultural experiences.

Anjo George, a junior, said Indian government’s Know India Program “helps us learn and promote Indian culture, while enabling us share our views and bond closely with India, and help reflect a positive image about India.”

Viswaa Sofat, a freshman at UC Berkeley studying Computer Science and Political Science, who immigrated to US at the age of two but later returned to live in India, said he tries to remain strong and fundamental to his identity as a person of Indian origin.

“Growing up in India helped me understand and appreciate the values, traditions, art and culture,” he said, “India is at a critical juncture today with youth stepping up and joining protest movements in India.”

Stressing the need for grass root level outreach, she suggested scholarships and competitions to help youth become more connected and exposure through NGOs to give the youth an opening to understand and appreciate India better.

Stressing education as the key to job opportunities, he suggested mentorship and exchange programs to provide a combination of global with local perspectives and scholarships in less popular areas of study.

Alicia Kaur, a graduate of Rutgers University with a degree in legal studies and a winner of the Women in Leadership Award from Ernst and Young, pointed out how, the Indian diaspora has become the “most successful community in the US.”

Her suggestions included, the need for a new NRI policy; partnership with tech/research sectors; student exchange programs; and, collaboration in healthcare.

Abhi Parikh, currently living in Paris, and originally from Ahmedabad, India, said she has started a few Indian communities on Facebook, just to gather Indian people on a common platform.

Akshat Gupta, a young professional in the field of Medical Technology, based in Munich, Germany, praised the ever changing dynamic of Indian diaspora, and suggested that India’s outreach programs should adapt to the need and times.

All ideas from the March 7 webinar will be pooled to make recommendations and two participants chosen to speak at Zoom session on the same topic organized by ARSP from Delhi in April, Abraham said.

The panel of judges is made up of: Dr. Thomas Abraham, Dr. Beena Ramachandran, Anita Bhatt, Navin Pathak, Naumi Kaur.