Bill to reform EB5 investor visa program in US Congress 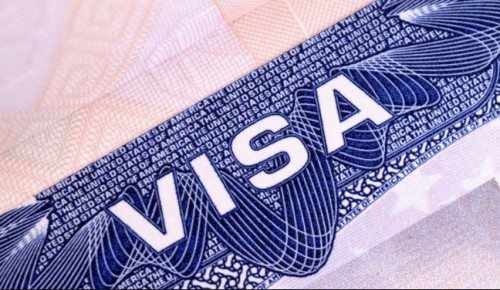 A bipartisan bill aiming to reform the US EB5 investor visa program that has become popular with Indian nationals in recent years, has been introduced in the US Congress.

Introduced last month by Republican Chuck Grassley, ranking member of the Senate Judiciary Committee, and Democrat Patrick Leahy, a former chairman of the committee, the bill seeks reauthorization of the EB5 Regional Centers Program for a period of five years.

The program which offers a direct path to US citizenship for migrants investing a certain sum of money into dedicated projects in specified areas, will expire in June without bipartisan integrity reforms.

Between 2016 and 2019, the demand for EB5 visas among Indian nationals rose by 400%, according to not-for-profit trade association Invest in USA (IIUSA), which has endorsed the bill.

“Many of these Indian nationals have been in the United States for a long time on non-immigrant visas like the H1B or L1A and the EB5 green card provides immigration certainty to them and their families,” according to Aaron Grau, Executive director of IIUSA.

Indian nationals were granted more than 300 EB5 visas in the 2020 fiscal year, representing the second highest number after Chinese nationals, according to United States Citizenship and Immigration Services (USCIS) data.

Ever since the EB5 visa was launched in 1990, the program has drawn in capital investment of more than $41 billion from around the world to support US businesses and has created at least 820,000 job opportunities for American workers.

The EB-5 Reform and Integrity Act of 2021 seeks to “address fraud and national security vulnerabilities in the EB-5 investor visa Regional Center Program, which has been exploited and abused for years,” according to Grassley.

The bill includes significant integrity reforms to protect against fraud and national security weaknesses within the program, promote program integrity and improve oversight of the program.

“It’s no secret that the EB-5 Regional Center Program has been a mess for years,” Grassley said. “Foreign investors exploited the program to get fast-tracked green cards, domestic developers exploited foreign investors to get fast cash for bogus projects and government officials picked winners and losers to score political favor.”

“This has got to change,” Grassley said noting, “the Obama and Trump administrations took important steps to restore incentives for investment in rural and truly underserved areas, but Congress must act to fix other flaws that invite fraud and abuse.”

“Our bill corrects the many defects in the current program and improves accountability so that it functions as Congress intended. Absent these fixes, this program should not be allowed to continue,” Grassley said.

“I have partnered with Senator Grassley for years to clean up the EB-5 program,” said Leahy. “We successfully worked with both the Obama and Trump administrations to take important administrative steps to promote integrity and curtail abuses that have plagued the program.”

“But the Department of Homeland Security cannot fix all of the EB-5 program’s flaws on its own,” Leahy said. “Congress must act decisively to comprehensively address the fraud and other vulnerabilities that have come to define the EB-5 program. Our bill would do just that.”

Following a 2019 push from them, the Trump administration adopted regulations to restore incentives for EB-5 investments in rural and economically depressed regions, Grassley and Leahy said.

However, congressional action is required to rectify documented fraud and national security vulnerabilities within the EB-5 Regional Center Program, they said.

It also requires the Department of Homeland Security to perform regular audits of and site visits to regional centers.