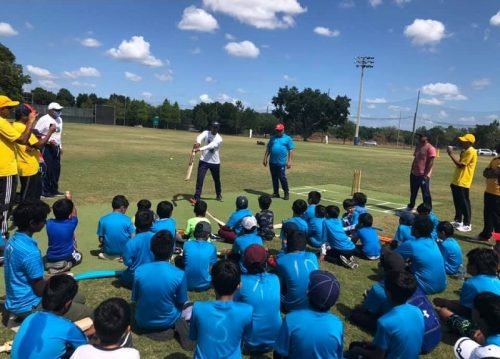 Thanks to Patel, TCL founded in 2007, joined hands with Sarasota International Cricket Club (SICC) and invited Chanderpaul, former West Indies captain of Indian descent to the youth player camp for the existing and new coaches.

Having played the game with the stalwarts and considering his active involvement with many of the current breed of international cricketers, Patel is apt for training the next generation of coaches, a TCL release said.

Patel and Chanderpaul “interacted with the most of our youth players and coaches while providing correction measures and technical tips,” according to Nitheesh Shetty, President TCL.

The session was very interactive and both Chanderpaul and Patel  empowered all the attendees by sharing their immense knowledge of the game that they acquired from their experience, he said.

All the sessions were practically conducted with bat and ball in hand, starting from the basics of the game, player engagement and participation, Shetty said.

One of the main organizers of adult and youth cricket events in the Tampa Bay area, TCL kicked off the Youth Program with one single coach and a few students in September 2016. Today 60+ participants are enrolled in the program.

Players of the Tampa Bay Sunrisers Women’s Cricket Club were invited to participate in this camp as it is TCL’s vision to grow women’s cricket in the community, it said.