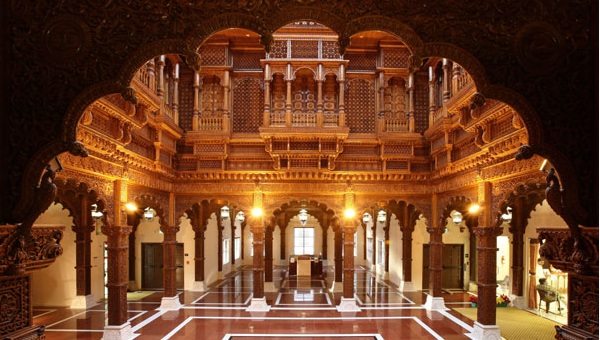 Class action suit alleges their caste position was used as a way to keep them subjugated.

A massive Hindu temple in New Jersey brought some 200 workers from India to the US on R-1 visas as religious volunteers, but forced them to work on illegally low wages, a class action lawsuit alleges.

The lawsuit filed in federal court in New Jersey in May alleges they were really held against their will, forced to work 13-hour shifts for weeks on end with no time off and paid just a little more than $1 an hour, NPR reported.

“Their caste position was used by the employer, and the entities affiliated with the employer, as a way to keep them subjugated or keep them constrained and feeling like they didn’t have any options,” Patricia Kakalec, one of the lawyers representing the six named plaintiffs in the civil case was quoted as saying.

Kakalec is suing for wage theft and violation of human trafficking laws, while federal investigators determine whether criminal charges are warranted.

After the civil lawsuit was filed, the FBI raided the walled Bochasanwasi Akshar Purushottam Swaminarayan Sanstha or BAPS temple compound in the city of Robbinsville.

Officials from the BAPS sect, which runs the temple denied the allegations in a statement, NPR said. Spokesman Matthew Frankel wrote that “BAPS takes each accusation seriously and is conducting a thorough review.” He wrote that he would not comment further “out of respect for the judicial process.”

NPR cited Professor Raymond Williams, who has studied Swaminarayan Hinduism for decades, as saying it emerged in the 19th century as a reform movement.

Today, BAPS is among the largest and wealthiest sects of Hinduism, due to an emphasis on education among other things, he says.

“Their systems of education are very well organized and administered around the world, including secular education,” Williams was quoted as saying.

“That emphasis has positioned many followers of BAPS to be prominent candidates for high-preference [visa] categories for the United States.”

In interviews near the Robbinsville temple, several immigrants from India said that the allegations were troubling but that they were reserving judgment, according to NPR.

Rohul Dingra, who occasionally worships at the BAPS temple, told NPR that caste conflicts exist in rural India, not in the country’s urban areas — much less in the United States.

However, Dalit rights activist Yashica Dutt said, “Many people think [prejudice] is only caste related when a Dalit is being killed or visibly ostracized, but other forms of discrimination are pervasive.”

“If you hear the experiences of Dalit students on campuses in the United States, they say they have been vetted, by their castes, before being allowed into study groups,” Dutt, author of the book ‘Coming Out as Dalit’, was quoted as saying.

NPR cited some Indian Americans with Dalit backgrounds as saying discrimination is far more widespread in the US than many of their fellow Hindus believe, existing for both manual laborers and white-collar workers in the information economy.

According to the Pew Research Center, about 0.7% of the US population is Hindu.

NPR cited authors Sanjoy Chakravorty, Devesh Kapur and Nirvikar Singh as saying in their book, ‘The Other One Percent: Indians in America’, that the vast majority of Indian migrants to the US are from the middle and upper castes.

Dalits are relatively small in number in the US, but they’re increasingly vocal. In a survey of 1,500 Dalits conducted by an advocacy group called Equality Labs, two-thirds of respondents said they suffered discrimination at work, and one-third reported that they had faced discrimination in education, according to NPR.

Meanwhile, advocates are closely watching a lawsuit brought by the California Department of Fair Employment and Housing against the tech company Cisco, NPR said.

The suit alleges that managers associated with upper castes harassed and discriminated against an engineer who is a Dalit.