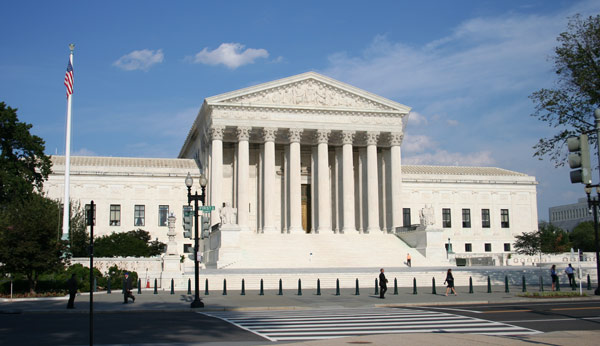 Over half million undocumented among four million Indians living in the US.

The Supreme Court has ruled that immigrants who entered the US illegally and were later allowed to remain in the country for humanitarian reasons are not eligible to become permanent residents.

The court’s unanimous decision could affect thousands of people, including Indians, many of whom have lived in the US for years and hoped to obtain lawful permanent resident status, or a green card.

Justice Elena Kagan, writing for the court, said the decision was “a straightforward application” of US law, which generally requires an immigrant to have been lawfully admitted to the US to be eligible for a green card.

The court held that the lawful entry requirement is not dropped even if a person is later granted temporary protected status (TPS) due to humanitarian crises in their home country arising from war or other disasters.

“[N]othing in the conferral of TPS changes that result,” Kagan wrote.

The Hill described the decision as a legal victory for “the Biden administration, which found itself at odds with a number of Democratic lawmakers and immigrant rights advocacy groups who filed friend of the court briefs in the case.”

The case arose after immigration officials denied a green card application from Jose Santos Sanchez, a citizen of El Salvador.

Sanchez entered the US illegally in 1997 and in 2001 received temporary protected status following a series of earthquakes in El Salvador.

Sanchez successfully challenged his denial in federal court when a judge ruled that Sanchez’s TPS status effectively granted him lawful admission to the US. But a federal appeals court overturned that ruling, prompting Sanchez’s unsuccessful appeal to the Supreme Court.

Kagan, in her opinion, noted that Congress is considering legislation that would recognize TPS recipients as having been lawfully admitted to the US.

That bill, the American Dream and Promise Act of 2021, passed the House in March but likely faces long odds in the Senate, the Hill noted.