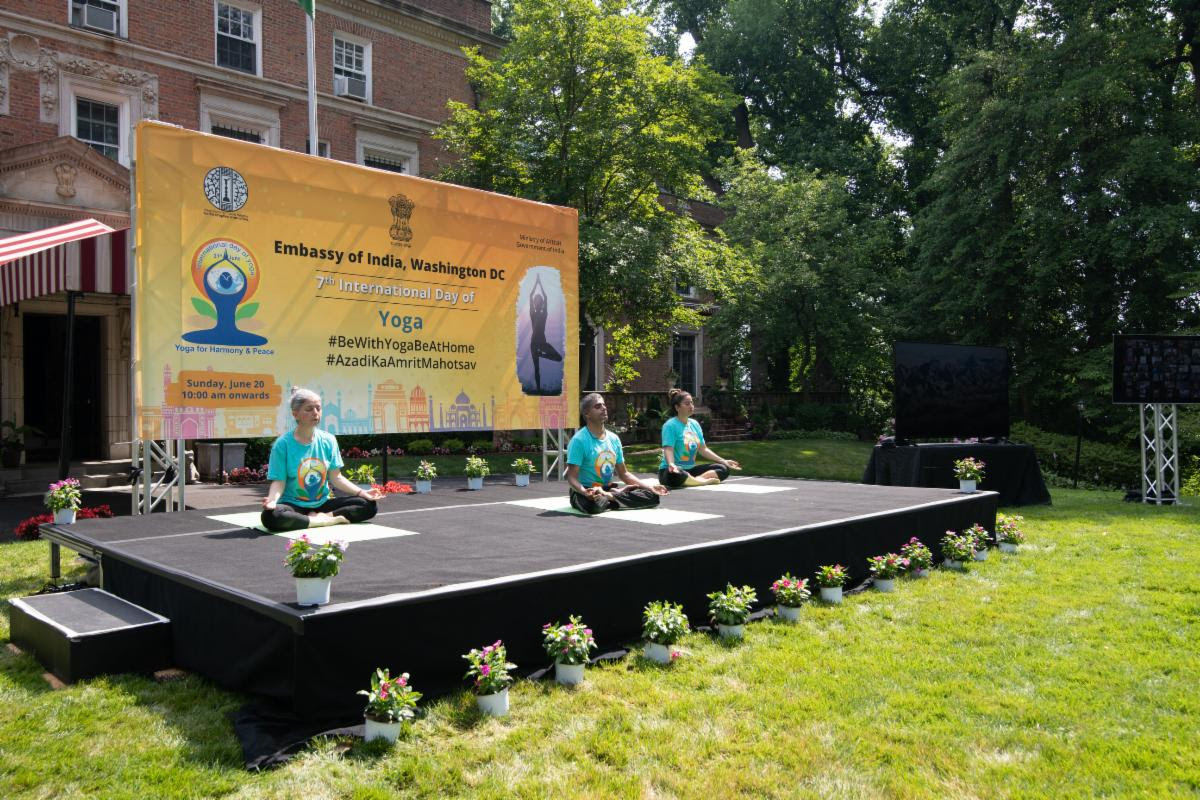 The Indian Embassy in Washington as also all five Consulates of India in the US celebrated the 7th International Day of Yoga on Sunday with the theme “Yoga for Wellness” with active participation of the community.

Welcoming the participants at India House, Washington, Indian Ambassador Taranjit Singh Sandhu stressed Yoga’s potential to provide both health and happiness by improving the physical and mental well-being of people.

Given the impact of the Covid-19, he also noted that India and the US have stood shoulder to shoulder with each other in fighting the global pandemic, according to a press release from the embassy.

Sandhu and other embassy officials also participated in a common Yoga protocol session in person, while a large number of people across US joined virtually through Zoom and Embassy’s social media handles.

Watch the recording of the event:

All the five Consulates of India in US namely New York, Chicago, Houston, Atlanta and San Francisco held various programs to mark IDY 2021.

In New York, the Consulate partnered with Times Square Alliance to host celebrations at the iconic Times Square, attended by more than 3,000 people.

In keeping with IDY 2021 theme, the event showcased holistic health. In another event, the Indian community in New Jersey led Yoga celebrations at the Liberty State Park.

In Chicago, the Consulate commemorated IDY 2021 in Grant Park in partnership with Yoga organizations in the Midwest region, wherein there was enthusiastic participation in virtual and in person modes.

The American Academy of Yoga and Meditation, with the support of the Consulate General of India in Atlanta, is organizing International YogaCon USA 2021 with unprecedented response.

The Consulate also held events in Florida and Puerto Rico to mark the IDY2021. The Consulate General of India, Houston held Yoga events at Buffalo Bayou Park, Houston and at River Walk in partnership with the City of San Antonio.

In the run up to IDY 2021, several curtain raiser events in various formats were organized by the Embassy and Consulates.

Celebrations were held in several other places with the active participation and support of American people, including community organizations and Yoga enthusiasts.