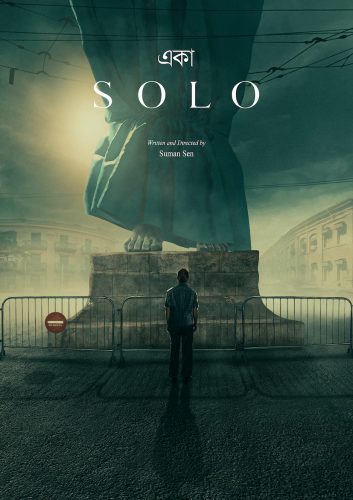 Set in Kolkata, the gripping socio-political drama lays bare the decaying conditions of our society.

‘Eka’ has made it to the esteemed program tailored for young filmmakers across emerging countries as part of the Festival de Cannes, with nine other projects from around the world, made by first and second-time feature filmmakers.

The film, which is only the fourth from India to secure a spot as part of the celebrated program, is produced by Arifur Rahman and Bijon  from Bangladesh and renowned producer Dominique Welinski of DW Productions from France, lending it an international character.

Solo was also selected by Torino Film Lab Next (TFL) in 2020. Writer-director Sen, offers us an immersive narrative of today’s world from the perspective of a vulnerable and fragile common man.

The film, set in Kolkata, lays bare the decaying social, economic and cultural conditions of our society. The story takes us into a week of our main protagonist, Biplab’s life, a 56-year-old long-term diabetic insurance agent.

Every morning, on his way to his office in a crowded bus, he witnesses a huge human toe of a massive under-construction statue in the middle of the main city square.

Fully covered in blue tarpaulin, the statue is supposed to represent the common man. The city is keenly waiting for the president to inaugurate the monumental statue.

Along the week we spend with him, Biplab goes deeper and deeper into a state of frustration and hopelessness. When everything starts going wrong in his life, the feeling that he failed his loved ones the same way the society is failing him grows stronger.

His guilt transforms into anger. One morning, Biplab gets down from the crowded bus and stands speechless and motionless in front of the statue.

In the events that follow, Biplab finds himself giving birth to a mass revolt in his own city. His resistance gives rise to a powerful worldwide movement.

“I believe that the reason our society is failing today, comes from the burden of our past.” says Sen, who is also the founder of Fickle Formula, a content studio based in Mumbai.

“I see the world through my father’s eyes. Their generation failed us entirely, in every sense. We have become intellectually bankrupt, emotionally isolated and politically paralyzed because of their indifference to society, to our nation.”

“The film reflects and documents the kind of time I am living in for the last couple of years. A time of hatred, intolerance, violence,” he says.

“We are currently in the process of auditioning and finalizing the cast and crew and are in conversation with some of the finest actors and crews from all across the World. The shooting is likely to commence in mid-2022 in Kolkata,” says Arifur Rahman, producer of Goopy Bagha Productions.