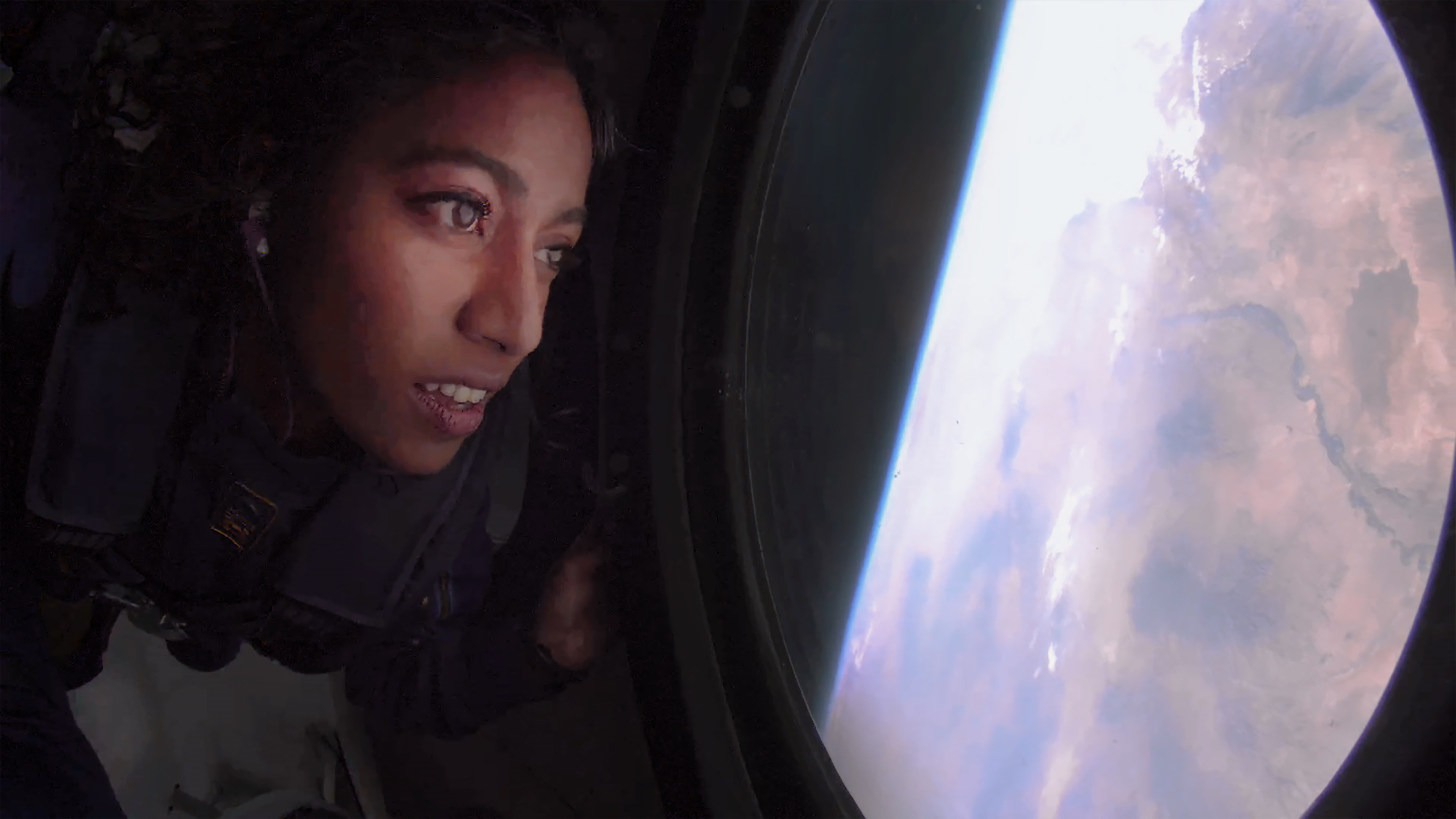 With an hour-long voyage on billionaire Richard Branson’s Virgin Galactic vessel, aeronautical engineer Sirisha Bandla has become the third Indian American woman to fly to the edge of space.

On return to earth, celebrating their successful space flight, Branson carried Bandla on his shoulders at Spaceport America near Truth or Consequences, New Mexico, on July 11.

“The whole thing… it was just magical,” the 71-year-old business magnate said during a live feed from the spacecraft as it made its way back to the Earth.

The flight reached a peak altitude of around 53 miles — beyond the boundary of space — over the New Mexico desert, allowing the passengers to experience a minute of weightlessness and admire the Earth’s curvature.

Branson, who has become the first person to travel to the edge of space in his own spaceship, Branson described the journey as the “experience of a lifetime.” He beat Jeff Bezos, the richest man in the world, who is slated to undertake a journey to space just a few days later, on July 20.

“I am so incredibly honored to be a part of the amazing crew of #Unity22, and to be a part of a company whose mission is to make space available to all,” Bandla, 34, had tweeted in a video posted on the Twitter handle of Virgin Galactic on July 6.

“When I first heard that I was getting this opportunity, it was just… I was speechless. I think that that probably captured it very well,” she said. “This is an incredible opportunity to get people from different backgrounds, different geographies and different communities into space.”

The third Indian American woman to into fly to space after astronauts Kalpana Chawla and Kalpana Chawla, Bandla evaluated the human-tended research experience on board.

Born in the Guntur district of Andhra Pradesh, Bandla grew up in Houston, Texas, after her family moved to the US when she was four.

She completed her Bachelor of Science degree from the School of Aeronautics and Astronautics, Purdue University, in 2011. She then pursued her education in Masters of Business Administration from George Washington University.

Bandla started working at Virgin Galactic in 2015 and currently serves as the vice-president of government affairs at t the company.

It took off at 10:40 a.m. ET following a 90-minute delay due to bad weather and ascended to 50,000 feet before dropping VSS Unity to complete the rest of the flight using its rocket-powered engine. The ship then re-entered the atmosphere, lowered its flexible wings and glided back to the runway.

The primary objective for Unity 22 was to serve as a test flight for future commercial passenger flights by Virgin Galactic.

The crew fulfilled a number of test objectives related to the cabin and customer experience, including evaluating the commercial customer cabin, the views of Earth from space, the conditions for conducting research and the effectiveness of the five-day pre-flight training program at Spaceport America.

Witnessed by audiences around the world, the flight gave a glimpse of the journey N’s Future Astronauts can expect when the Company launches commercial service following the completion of its test flight program, it said in a media release.