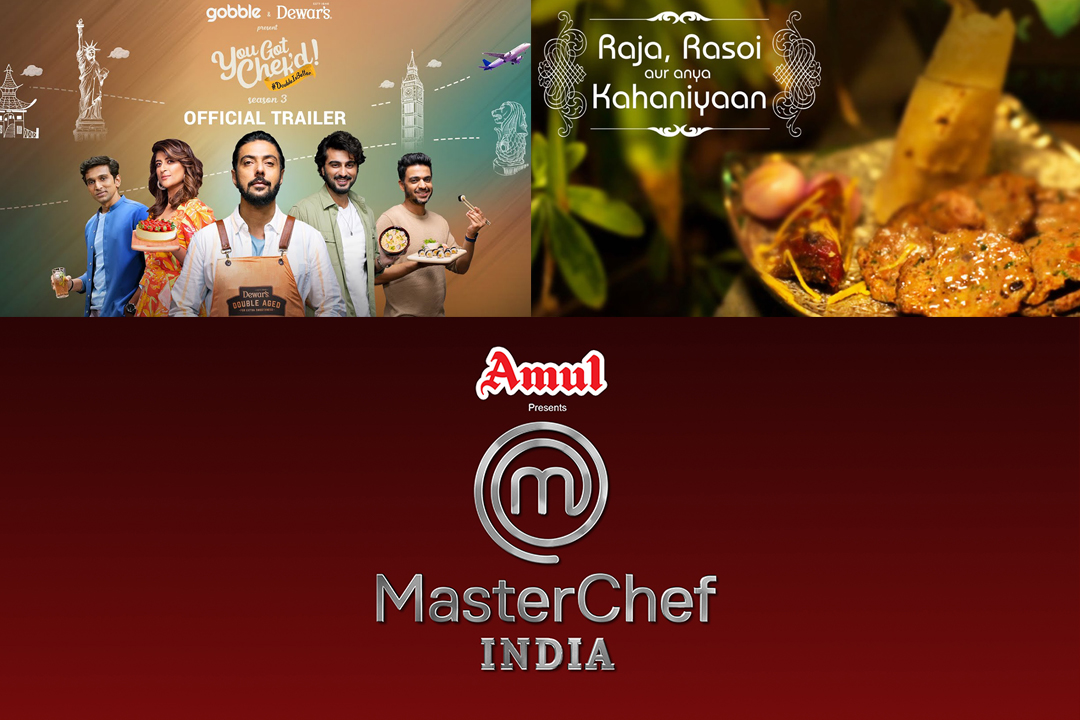 For many Indians living in America, the Covid pandemic upset many plans, including mandatory visits to India during summer. With India still not out of the woods, many have cancelled or postponed the plans to visit for yet another year, perhaps.

While one misses their home country for everything from friends to family, those who grew up in India would agree that food remains one of the top highlights of any visit to India.

So as the plans remain stalled with pandemic and travel restrictions how about spending the summer doing the next best thing – binge watching Indian food shows on streaming services.

These shows not only give the viewers a plethora of new, easy and quick recipes but also open a romantic window on the rich heritage and story behind some of India’s most famous dishes. So here’s a compilation of the best Indian food and cooking shows to binge on.

Raja, Rasoi aur Anya Kahaniyan:
This docu series brings out the diversity in cultures, traditions and delicacies that exists across India with each episode focusing on a single state and its royal heritage.

The show highlights how each state in India boasts of a unique sense of spice and flavors, which are often tied to the rich history of the area. It’s a delight to see the creators of the show uncover the unique culinary gems of each state.
Streaming on Netflix

In an intensely fought competition, home chefs’ lives are transformed as they experiment with cuisines, ingredients, and take their passion for cooking to great new heights.
Streaming on Disney+Hotstar

You Got Chefd Season 3:
You Got Chef’d by lifestyle channel Gobble is an interesting show where celebrities share their experiences, travel stories, cooking tales, fails and bonds with the chef and mixologist over travel nostalgia, food and drinks.

You Got Chef’d Season 3 presented by Dewars will bring together celebrities like Pratik Gandhi, Arjun Kapoor, Tahira Kashyap, Rohan Joshi who will explore a different international destination & cuisine inside a studio with Chef Ranveer Brar.

#DoubleIsBetter being the theme of the latest season, the activities will be double the difficulty for the guests as they attempt to make a visually “wow” dish just by looking at its picture.
Streaming on Gobble

As a foreigner navigating the Indian kitchens, and sourcing produce, he learns different styles, techniques, flavors and recipes and recreates them in his own style, while staying true to the legacy behind the dishes.
Streaming on Disney+ Hotstar

Mummy ka Magic:
Actress turned chef, Chinu Vaze, joins the hugely popular Mummy Ka Magic for its 16th season. The show, featuring celebrity moms, is a lighthearted cooking show that has found its niche in the India market due to its focus on simple yet tasty child- friendly recipes.

Tune in to watch Chef Chinu create magic with her attractive plating, colorful spread of food and ingredients that are healthy, yet enjoyable for children.
Streaming on YouTube.