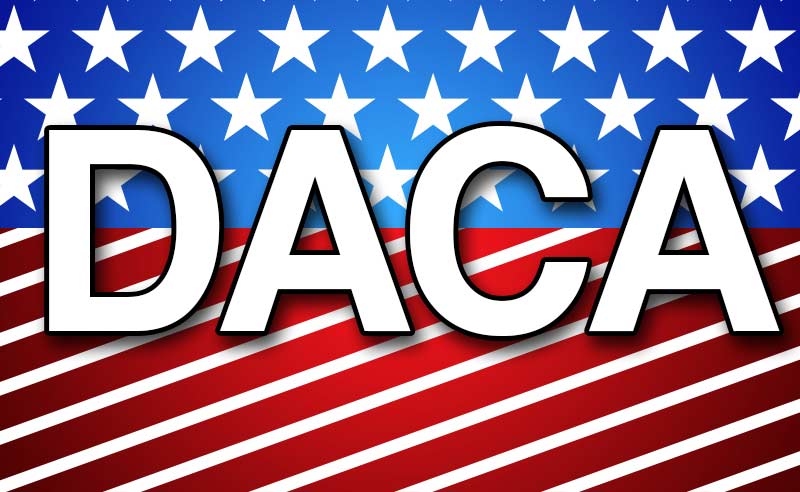 Deeply disappointed over a federal judge’s ruling blocking an Obama era program which shields Dreamers from deportation, President Joe Biden is pushing the Congress for a permanent solution by granting them a path to citizenship.

The Justice Department, Biden said Saturday intends to appeal against US District Judge Andrew Hanen’s ruling, but it was for the Congress to find a legislative solution for undocumented immigrants who arrived in the country as minors.

“I have repeatedly called on Congress to pass the American Dream and Promise Act, and I now renew that call with the greatest urgency,” he said calling the Texas judge’s ruling “deeply disappointing.”

“It is my fervent hope that through reconciliation or other means, Congress will finally provide security to all Dreamers, who have lived too long in fear,” he said.

“That begins by providing a roadmap to citizenship for essential workers, farmworkers, TPS recipients, and Dreamers as part of the upcoming reconciliation package — a popular policy and a key priority of the Progressive Caucus, the Hispanic Caucus, and the Asian and Pacific American Caucus,” she said in a statement Friday.

Texas and eight other states had sued to halt DACA, arguing that Obama lacked the power to create the program because it circumvented Congress.

Even as Hanen ruled DACA illegal, he left the program intact for existing recipients, but barred the government from approving any new applications.

The Obama era program has “allowed hundreds of thousands of young immigrants to remain in the United States, to live, study, and work in our communities,” Biden noted in his statement. “Nine years later, Congress has not acted to provide a path to citizenship for Dreamers.”

The “Federal court ruling is deeply disappointing,” Biden said. While the court’s order does not now affect current DACA recipients, this decision nonetheless relegates hundreds of thousands of young immigrants to an uncertain future.”

“The Department of Justice intends to appeal this decision in order to preserve and fortify DACA,” he said. “And, as the court recognized, the Department of Homeland Security plans to issue a proposed rule concerning DACA in the near future.”

“But only Congress can ensure a permanent solution by granting a path to citizenship for Dreamers that will provide the certainty and stability that these young people need and deserve.”

Hanen ruled Friday that the Department of Homeland Security (DHS) violated the Administrative Procedure Act (APA) “with the creation of DACA and its continued operation.”

Read: US judge strikes down limitations to DACA program (November 17, 2020)

However, the judge recognized that current DACA enrollees are dependent on the program’s benefits — deferral from deportation, advance parole to travel internationally and a work permit — in order to go about their daily lives. “That reliance has not diminished and may, in fact, have increased over time,” wrote Hanen.

On those grounds, Hanen allowed current recipients to maintain and renew their benefits pending a future order from himself, the 5th Circuit Court of Appeals or the Supreme Court.

The preliminary plans for the $3.5 trillion Democratic budget plan include a statutory path to citizenship for Dreamers, including DACA recipients, beneficiaries of the Temporary Protected Status (TPS) program, undocumented essential workers and undocumented farmworkers.

No Democrats have so far spoken out against the measure, which has at least tentative support from West Virginia Sen. Joe Manchin (D), the most conservative member of the caucus.

But it’s still unknown whether the Senate parliamentarian will allow broad legalizations within a reconciliation package, which would eliminate the need to overcome the Senate’s 60-vote threshold imposed by the filibuster, Politico said.