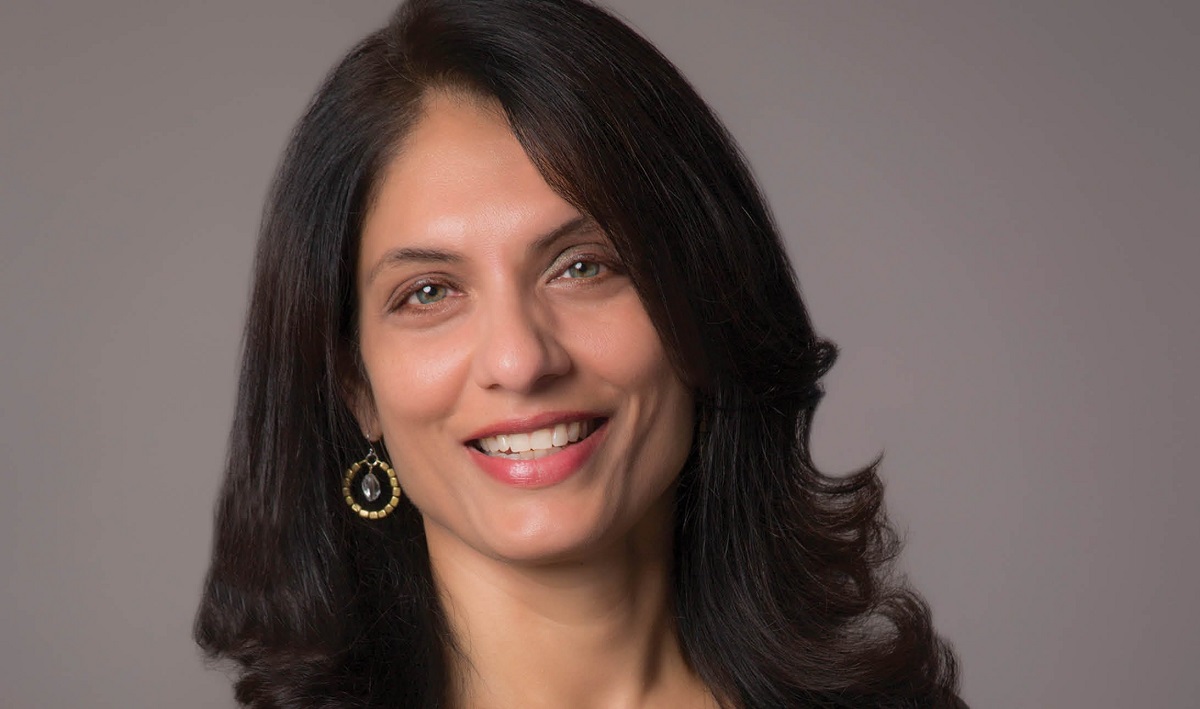 (Editor’s note: This is the second piece in a series profiling Indian American CEOs.)

Purvi Gandhi is a trailblazer venture capitalist, who continues to pave the way for other women. A feminist with a difference, Gandhi empowers other women while also recognizing the men who have given her immense opportunity along the way.

Gandhi started off in VC at JP Morgan Chase in her mid-20s. She was on a traditional track, completing a CPA requirement. A little later, her chairman created a spinoff division based in the heart of Silicon Valley with Gandhi as its head.

This role was what started what Gandhi calls, “the climax of [her] career,” crediting her former boss as one of the people who got her to where she is today.

This division worked a lot with Asian entrepreneurs, opening Japan and Korea offices and bringing Starbucks to a small part of China.

Asked about her treatment on the other side of the world, Gandhi said, “I may have experienced gender discrimination in India and Japan, but my boss told me to ‘tune out the noise in the system.’”

A few years later, still in that same role, Gandhi was “living out of a suitcase at the climax of her career.” At the same time, Gandhi learned that she was having a child.

Her boss offered her a role in Hong Kong where he said that everything from cleaning to child care would be taken care of for her.

Gandhi declined the role saying she wanted to “raise her child on her own.” Her boss told her that her actions were a “career suicide,” but Gandhi quit six months later.

Two years later, Gandhi was ready to start a career based in the United States. She quickly realized that the venture capitalist world of America was far behind others, especially in terms of cultural development.

Women leadership was significantly lower, but steps have been and can be made to change this fact.

READ: Ajay Raju: A law firm can be and do much more than conventional wisdom would have you believe (May 20, 2021)

Talking about the Ellen Pao suit, one of the most infamous events in venture history, Gandhi says, “Ellen Pao’s fight will go down in history as the turning point in United States’ venture capitalism.”

The “uncorking” could be seen as good or bad, but as Gandhi explains, “In the moment, it may have been hard for women to get jobs, but as someone with a ‘long eye’, [she believes] that it’ll be great for women in the long run.”

Additionally, performative action is a controversial issue when it comes to hiring within minorities, and was an issue brought up with women in regards to the Pao case.

However, in Gandhi’s view, performative action should not be seen as an issue. “Even if it’s performative, take it and get things out of it. Be smart and make everything a transaction,” she says.

What’s important to recognize, however, is that “the United States are still culturally behind the rest of the world,” Gandhi says.

While there were many men who supported Gandhi through her career, there will still be men who will “not let people in and who will hold onto VC the way it was.”

Gandhi now co-owns her own firm, called Quain Investments. Their model is to invest in a high number of more mature tech startups.

Their expertise is in companies where they can find a cross section of markets, ranging from healthcare to robotics. “Growth stage companies can exit faster than new stage companies,” she explains.

Quain invests in companies which are already developing something and thus are also already a part of a VC firm. To them, VC is a “volume game,” and investing in lots of companies in their intermediate stages makes it so that they are “not just sitting and waiting on one company.”

In recognizing the sexism that still exists in the VC world as well as the opportunities she has been blessed with, Gandhi uses her power to change the remaining gender barriers left in the system, one woman at a time.

She sees gender inequality as two fold: there are young women who don’t get opportunity, and there are women with more opportunity, but who still need guidance.

Gandhi is a board member of an Indian non-profit called, “Girl in Yellow.” They supply funds and resources to under-privileged, under-educated young girls in Indian villages.

Gandhi returns to her alma mater annually to speak at the Cal Berkeley Haas Business School’s annual event, where she personally speaks with and guides alumnae.

Her causes are on two ends of the spectrum, but she emphasizes that she wants to “help both of those two ends.”

Gandhi also points out that her causes target only one woman at a time, and that should inspire everyone to make a difference on even the smallest of scales.

Gandhi has some advice for American Bazaar’s readers too, especially girls and women: “Unshackle yourself and don’t let risk scare you.”

“We are always told to be ‘top-everything,’ thus we make safer choices, a dangerous mindset,” says Gandhi noting that “People will put you in a box if you let them.”

Even she was “taken for granted because she condoned it,” recalls Gandhi. Many a time, white males stereotyped her, so when she over-delivered they took her work for granted, keeping her tied to the image they had of her.

This made Gandhi put herself in that same box, but she finally understood that she needed to “be selfish,” leading her to ultimately become her own boss.

Gandhi recognizes her positionality in society, and uses her experiences, power, and privilege to give credit where it’s due while also being there for people who are just like she was.