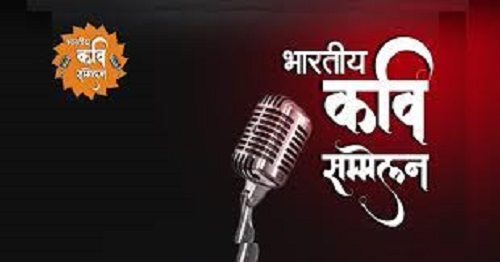 For the 15th year in a row, Washington Aligarh Alumni Association and the Global Organization of People of Indian Origin-Metro DC hosted a bilingual Mushaira-Kavi Sammelan to celebrate India’s Independence Day.

The Zoom event on Sunday Aug. 8 brought Urdu and Hindi poets under one roof to promote a sense of brotherhood in the best traditions of ‘Sanjhi Virasat’ (shared heritage) and help maintain ‘Ganga-Jamuni’ (mixed) culture.

These programs also encourage and promote the talents of local poets and writers by releasing their recently published books, according to a press release from the organizers.

A short video paying tribute to the iconic Bollywood actor Dileep Kumar was shown in the program.

Greeting authors, poets, and the audience, Program Coordinator Dr. Zafar Iqbal said, “The goal of this annual program is to provide a forum where diverse people—transcending political, religious, regional, and geographical boundaries—could assemble under the same umbrella and appreciate the Ganga-Jamuni (mixed) culture of the Subcontinent.”

In addition to sharing poetry, this event also recognizes local poets and authors by releasing their recently published books, he added.

Anurag Kumar, Minister for Cultural Affairs, Embassy of India in Washington inaugurated the program as a “part of the Azadi ka Mahotsav celebrating 75 years of Independence.”

Thanking the organizers for holding such a beautiful program appreciating and showcasing new talents every year, he also lauded the efforts of the association in providing Covid relief and support for educational programs in India.

The program on Zoom was simultaneously broadcast on Facebook. Several hundred literary enthusiasts enjoyed the event.  A recording of the event is now available on Facebook. The event brought the diaspora with multiple ethnic backgrounds together using social media.

Professor Misbah Uddin—a senior Aligarian and retired professor from Jamia Millia Islamia was invited as a special guest for the event.

Professor Majida Asad, first female receiving a PhD in Hindi from AMU and former head of the Hindi department, Jamia Millia Islamia delivered a keynote address on the close relationship between Urdu and Hindi languages.

“Both languages are like twin sisters born and matured in India; however, unfortunately, some people gave religion to them,” she said.

Participating in the program from Hawaii, Asad observed that many Urdu words are used by Hindi poets and writers, and similarly many Hindi words have been incorporated in Urdu literature. It should be noted that the grammar of both languages is the same.

Professor Satya Pal Anand, presiding over the literary event, described how Urdu and Hindi words have been assimilated in both languages. He also addressed the role of both languages in Independence day celebrations.

Dr. Mohammed Akbar, President AAA-DC thanked the participants and the audience and applauded the increasing popularity of the program.

On behalf of GOPIO-DC, Dr. Zafar Iqbal appreciated the participation of poets and guests attending the program. “We have been with this program promoting Ganga-Jamuni culture since the start of the program in 2007,” said Iqbal.

Afzal Usmani compered the poetry recitation session. Mohammed Jaweed, Secretary AAA-DC thanked the participants and appreciated the support of local social and cultural organizations and volunteers for the program.