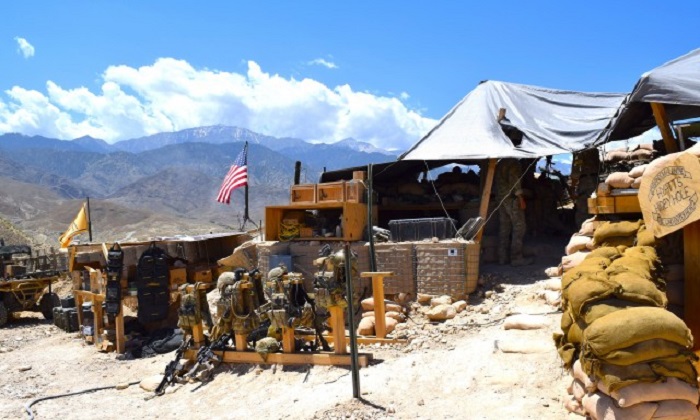 A billion dollar question is why President Joe Biden and his national security team have not shown strategic maturity by reversing Feb 29, 2020 US agreement with the Taliban leadership to extract robust operational assurances for peaceful and orderly US pullout from the Afghanistan quagmire?

Why was the secure, sprawling and state of the Art Bagram air base abandoned and not kept until all US forces and their Afghan associates evacuated from Kabul?

Perhaps President Biden’s fate was doomed and he was forced to opt for the messy and bloody drawdown of US forces and Afghan allies.

Similarly, former secretary of state Hillary Clinton used a private email server set up at her home in New York for her official work. By one major mistake her presidential bid was doomed. I argue that in both cases there is no armor against fate.

A June UN report concluded that 8,000 to 10,000 fighters from Central Asia, the north Caucasus region of Russia, Pakistan and Xinjiang region in western China have poured into Afghanistan post February 2020 agreement signed between Americans and Talibans, in Doha, Qatar.

The ISIS group is active in Afghanistan under the name of Islamic State of Khorasan (ISIS-K). The name Khorasan refers to a historical region that includes parts of Iran, Afghanistan and Pakistan.

It was founded in 2015 by a breakaway group of Tehrik-i-Taliban Pakistani (TTP). ISIS-K has strong links to Pakistani Army and Haqqani network. Khalil Haqqani was a regular visitor to Pakistani military headquarters in Rawalpindi.

Afghanistan have pre-existing sectarian fault lines and fierce competition among various ethnic groups like Hazaras, Tajik, Uzbeck and Pashtuns, ideal socio-economic conditions for ISIS-K to reach a certain threshold to threaten the security of America and the region.

Nonetheless, they carried out attacks on a Shia wedding reception and on Sikh Gurdwara Har Rai Sahib in Kabul killing more than 25 worshippers.

The terrorist was identified as Abu Khalid al-Hindi (real name Mohmmad Mohsin) from Indian state of Kerala. The ISIS media, AMAQ, claims that the attack on the Gurdwara was to avenge Muslims killings in Kashmir.

It is beyond comprehension how the American security establishment under President Joe Biden got convinced that the Taliban are separate from ISIS-K and believed their lies that women will be given full rights and no strict Sharia Islamic law will be imposed as they have done in their earlier administration.

The ideology of Salafi/ Wahhabi creed of Islam advanced by Taliban and ISIS are based on Sharia law similar to Saudi Arabia before Crown Prince Mohmmad bin Salman introduced reforms.

Once the Taliban share power in Kabul as envisaged in the agreement or capture power with the support of Pakistan ISI, then women will be locked again in houses as even one inch of women’s skin should not be seen.

Hasnain: Why are rich Arab nations turning their back on Syrian refugees? (September 12, 2015)

All the girls’ schools will be closed and full Sharia law will be implemented. Few thousand American forces with air power in Afghanistan is essential not to win the war, but to stop the establishment of Islamic Caliphate in Afghanistan.

The unhinged US President Donald Trump in 2019 announced US troops withdrawal from the Turkish-Syrian border and handed responsibility for the area to Turkey.

The Kurdish Forces who fought on the ground with US air support to annihilate Islamic state and flush out the resistance pockets were abandoned.

Turkey views the Syrian Kurdish forces as a security threat and supporter of Kurdish insurgency inside Turkey. The US President gave tacit approval to President Recep Tayyip Erodgon to enter Syria and clear insurgents who support Kurdish movement and jeopardize Turkey’s security.

As a consequence, a large contingent of Kurdish forces were forced to move to the front to defend themselves and their families. The large Kurdish forces contingent tasked to protect ISIS detention centers left them unguarded.

In 2018, these centers were holding more than 10,000 ISIS fighters including more than 3,000 foreign fighters from Europe and other non-Arab nations.

According to Gen Mazloum Kobani, commander of Syrian Democratic Forces (SDF), a large number of ISIS prisoners escaped and vanished.

The chronology of ISIS attacks in Afghanistan gives ample proof that uptick in suicide attacks on Shiites, girls’ schools and on Sikhs have increased manifold after 2019.

The ideology of Salafi/ Wahhabi creed of Islam advanced by Taliban and ISIS are based on implementing Sharia law similar to Saudi Arabia before reforms. The Taliban power in Kabul will be consolidated after Aug. 31 as talks on inclusive government are not getting traction.

The ISIS-K suicide attack on Kabul airport killing more than 170 persons including a dozen US marines on Aug. 26 signals that coming days, months and years will be a challenge to all democracies in the world.

Apparently, the suicide bomber was deliberately allowed by Taliban guards to proceed to Abby gate of the airport terminal where US marines were present in large numbers to check papers of evacuees and US passport holders.

The ISIS-K planned to inflict maximum casualties on Americans and also give a warning to the world that the movement is not dead, but expanding its footprint.

Already, the members of known terrorist groups are flocking along with aspiring terrorists in the heartlands of Afghanistan. The world would soon realize that a new playground for terrorists has been formed in the back alleys of Kandhar and Jalalabad.