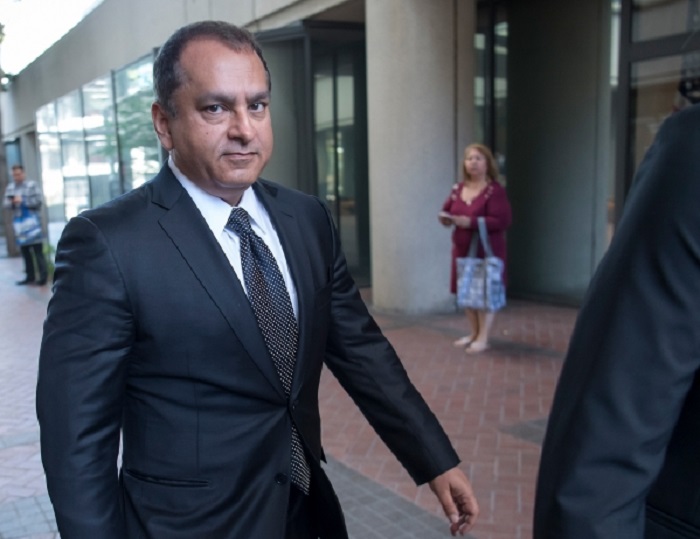 With the criminal fraud trial of former Theranos founder and CEO Elizabeth Holmes set to start Tuesday, her legal team suggested she is likely to accuse her former Indian American business partner of abuse.

Federal prosecutors have charged Holmes and her former business partner and ex-boyfriend, Ramesh “Sunny” Balwani, with defrauding investors and patients of their blood-testing company Theranos, which Holmes and Balwani claimed would revolutionize laboratory medicine.

After Jury selection Tuesday, opening arguments in Holmes’ case are slated to begin on Sept. 8 in San Jose, California with the trial expected to last four months, while Balwani will be tried separately next year, NPR reported.

Both he and Holmes have pleaded not guilty, and would face a prison sentence of up to 20 years if convicted.

Citing court documents unsealed Saturday, NPR said Holmes is likely to take the witness stand and accuse Balwani of manipulating and abusing her to the extent that it affected her state of mind during the time of the alleged fraud.

Patients who were wrongly diagnosed by Theranos are set to testify against Holmes. Investors who lost millions (an estimated $700 million, in total) are also seeking justice.

Holmes’ legal team is expected to argue that she may have exaggerated her company’s achievements, but never intended to mislead patients and investors, NPR said.

A Stanford University dropout, Holmes dazzled Silicon Valley by founding Theranos at age 19. She promised its technology could screen patients for hundreds of diseases with just a finger prick of blood.

Federal prosecutors allege that she was not a scientific genius but rather a huckster who knowingly shilled technology that gave flawed or downright incorrect results to patients and left investors holding the bag, NPR said.

Holmes’ attorneys were cited as saying they have evidence that Balwani controlled what Holmes’ ate, when she slept, how she dressed and with whom she spoke.

Court filings also disclosed that Holmes plans on accusing Balwani of domestic abuse, including throwing “hard, sharp objects” at her.

“This pattern of abuse and coercive control continued over the approximately decade-long duration of Ms. Holmes and Mr. Balwani’s relationship, including during the period of the charged conspiracies,” Holmes’ lawyers wrote in a filing.

Through his attorneys, Balwani has denied any abuse, according to NPR.