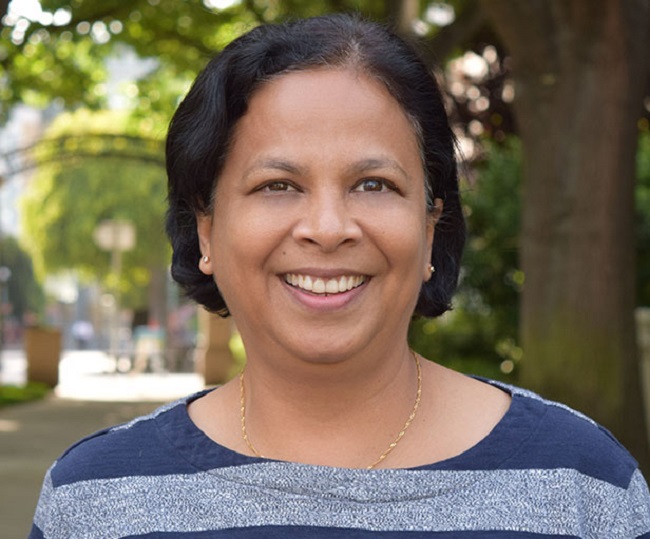 Anu Natarajan, the first Indian-American to be elected to a City Council in the San Francisco Bay Area, is leading Facebook’s $1 billion Housing Initiative to address the affordable housing crisis.

Facebook, which plans to build 20,000 units of housing for teachers, nurses, firefighters and those most vulnerable, has given the thumbs up to four new housing projects in the Bay Area.

The $150 million initiative announced Wednesday targets people living on the streets, people in danger of becoming homeless and the very low income.

“We all live in communities that are facing homelessness crisis,” said Natarajan, who served a total of 10 years as Vice Mayor and City Council member for the City of Fremont from 2004 to 2014.

The company announced the first four projects including Lighthouse at Grace, which will transform a former fraternity house near San Jose State into a multi-story complex with around 100 units, CBS SF reported.

“We see folks who are in need. We see our unhoused neighbors every day when we come to work. I believe we are all part of this and in this together. And Facebook employees as much as anyone else, is impacted by what’s happening in our communities,” Natarajan told KPIX 5.

Other projects will be in San Jose, Alameda County and a former tech site in Sunnyvale, where Facebook’s funding allowed one of its partners to buy the land for $14 million.

“We all share the responsibility of building more affordable and livable communities. I’m honored to lead Facebook’s efforts to be a part of the solution to the housing crisis,” said Natarajan on her appointment last month.

Prior to joining Facebook, Natarajan served as the Director of Policy and Advocacy for MidPen Housing, where she worked to find solutions to build more affordable housing in the Bay Area.

“Under her leadership, the Initiative will continue supporting community-driven investments, policies, and civic infrastructure programs that advance innovative solutions to the housing crisis.”

At Facebook, Natarajan is leading a team of housing advocacy, financing, and policy experts. She will build on the company’s progress creating affordable housing in the Bay Area – including Facebook’s recent success in creating more than 600 units of affordable housing near its headquarters.

In late 2020, Facebook launched the Community Housing Fund, which dedicates the first $150 million of Facebook’s $1 billion commitment to affordable housing to creating 2,000 homes for families earning extremely low incomes — than 30 percent of the region’s median income.