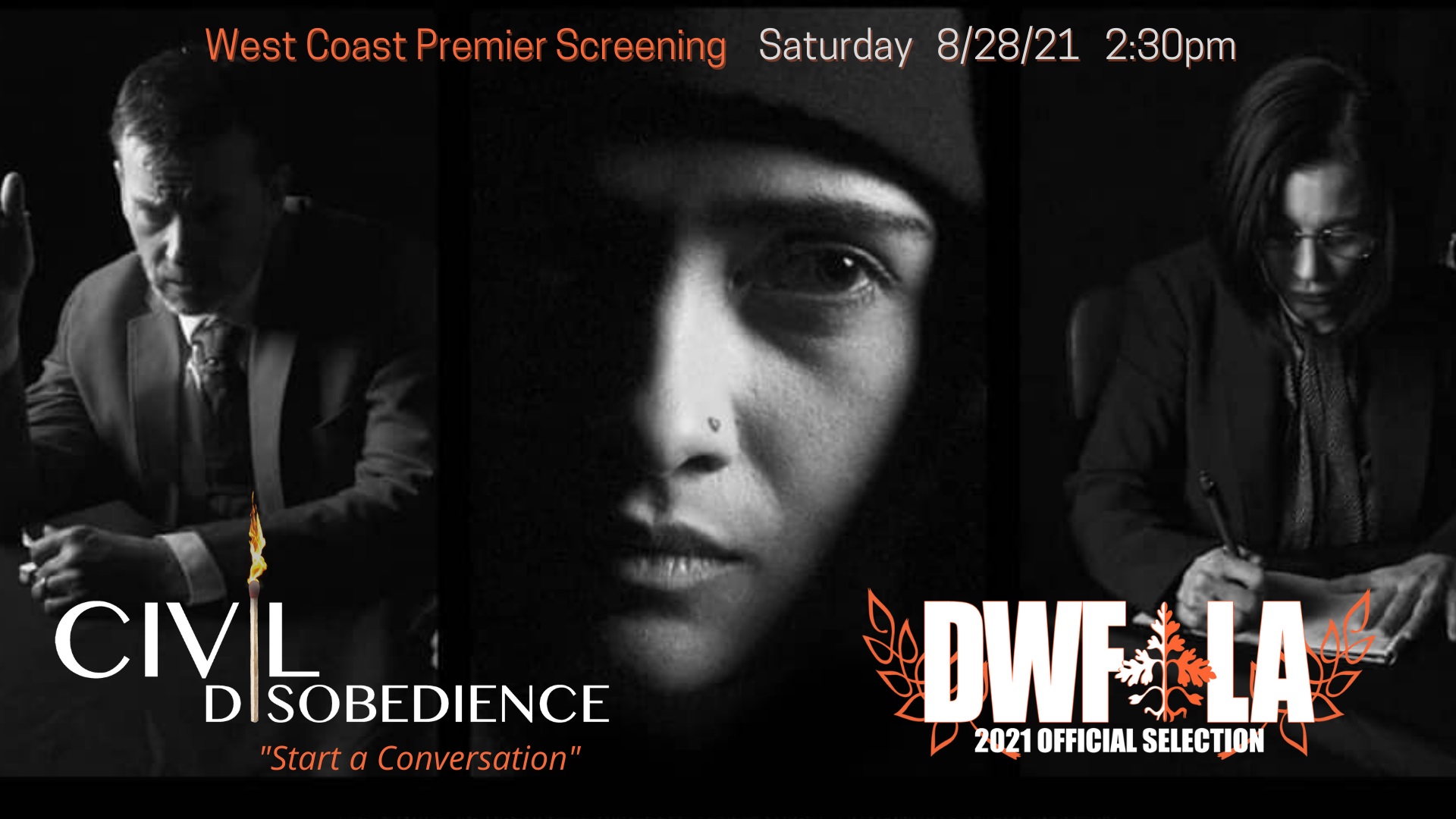 Los Angeles based actor Chhaya Nene is upbeat about her latest role as one of the leads in an episode titled ‘Perspective’ in ‘Civil Disobedience’, a new TV series. An anthology of short stories, it views social issues from a different perspective, with the hope of generating a conversation as opposed to a knee jerk emotional response.

Nene is also a segment producer and co-host for a talk show regarding Civil Disobedience’s episode on Perspective.

Before this, Néné also booked a pilot as a series regular, guest star in ‘The OA Part Two’ on Netflix. She also had a supporting role in ‘A Crooked Somebody’ starring Academy Award nominee Ed Harris.

She talks to the American Bazaar about her new role, brown actors in American mainstream and representation on television.

AB: Tell us about your role in ‘Civil Disobedience’. What is the theme of the series and what are the issues you all are covering?

CN: This is an anthology series called ‘Civil Disobedience’. There are six episodes I am currently in ‘Perspective’ as one of the leads. Each episode focuses on an issue that needs to be discussed and each episode’s goal is to spark a conversation.

I am also the segment producer and co-host for a talk show regarding Civil Disobedience’s episode on Perspective. I can’t say too much more about my episode, because it’ll give away too much.

AB: Let’s talk about more brown actors getting roles in American mainstream entertainment. Do you feel if there are any factors that led to this historic lack of representation and do you think series like ‘Never Have I Ever’ seem to set a new trend?

CN: In terms of brown actors getting more roles, I think we’re long overdue. Factors that held us back are many, but a few include the belief that we were talented enough to hold lead roles, that there can only be one brown lead, that they (they being the industry) don’t know what to do with us, the infighting among ourselves to get to those few roles available, and not supporting each other enough.

For a few years now, there have been talks and town halls for an overall push for diversity. The Casting Society of America has held town halls for each ethnic group and asked what they could do better and they’ve listened.

I also think the world in general is ready to see themselves on television in movies and now they are demanding it. That thirst and demand is what is driving opportunities for more brown actors to be seen.

I also believe that actors and actresses are realizing more and more the power they have to create their own content and truly shine. If you look at Tik Tok, the outpouring of brown talent and the recognition of their talent is incredible to see. For the talk show I host for ‘Civil Disobedience’, I was reminded of just how talented and beautiful brown people are.

‘Never Have I Ever’ is the first time I’ve seen a brown cast on television. It’s amazing that that exists on television along with ‘Mira Royal Detective’, ‘Transplant, ‘The Resident’ and so many shows that give kids a chance to see themselves on television.

In terms of trends, there has been a lot of work happening behind the scenes so shows like this could really have a space and I appreciate all of those people (writers, directors, producers, executives, etc.) who have put in the work to allow us all to shine.

I did not major in acting. My parents insisted I get a degree in something else and my something else was Journalism. I have a Masters in Broadcast Journalism and it was the best decision to help my acting career.

The day I graduated, I told my parents, “I got the degree, now I’m going to act.” But what I didn’t realize, is that my journalism is what made me marketable to agents and managers.

AB: Tell us more about your background and about your acting career. How did you get a break?

CN: I started by doing background work, but I told myself I was going to get to know everyone on set and network* with them. I made friends with everyone and kept in touch. I worked on many shows and said yes to student films.

It was a month after I had relentlessly scoured all the casting sites, that I came across a student film where I had booked a role that got me a Taft Hartley. That meant I could join the Union and I did. I had no agent or manager, but I was in the Union. I attended classes and did showcases where I would land a manager.

On a job I had booked, I asked a new set friend for a referral to their agent and I got a commercial agent. It would then be a couple of years until I got a theatrical agent. This was not the start but only the beginning.

I think it’s important to remember that even after you get representation, you are still the CEO of your career, so you need to keep working and keep going.

I kept a detailed spreadsheet of every audition I ever had and recorded details down to headshots submitted and feedback. I still have that spreadsheet. It helps me and my reps when we need to reach out to an office or pitch for a role.

After I got my manager, and commercial agent, within a month I booked my first television role (‘Speechless’ on ABC), national commercial, and film role as a reporter in the film ‘A Crooked Somebody.’

The next year, I booked five national commercials. I honestly thought that that was how the industry worked, and let me tell you, the next two years was pretty much crickets. That’s this industry. You can be thriving (or your version of it) and then feel forgotten in an instant.

I think it’s really important to have a good financial and friend and family base who will love you no matter what happens. You’ll also need to be humble and understand that sometimes, your day job is a survival job to support your career. I’ve been fortunate to have that base and work jobs that weren’t anything I loved to support my dream.

Getting a break really is celebrating all the wins you get, no matter how big or small. It’s also helping each other succeed together.

[*A note on networking: it has to be genuine. If you’re only friends to get something from someone, everyone knows. Networking gets a bad name because some people can be sleazy with it. Be of service and do your job and offer help when and where needed. People take note. Don’t ask to be handed anything, work for it, and it’ll come to you. Make the ask only when you’ve done everything you can.]

AB: Where do you see yourself in five years from now? What changes if any you feel the brown representation in American entertainment would have undergone?

CN: In five years, I would love to have two films I’m writing have been made and I’m in or working on shows and films that focus on social justice issues.

As a reporter I love telling other people’s stories and shining a spotlight on issues that need to be discussed. And as an actress, I want to be able to use the “fame” to be able to do that. Storytelling is a love of mine and I hope I get to keep doing something I love.

I think in five years, we’ll be able to see more shows where we have two brown females or more in lead roles and it’s the norm. I think we’ll have shows where different stories of brown people exist where we get to see all the different and rich facets of the rich cultures that come from brown people. Maybe it won’t even be about being brown, but about being a great actor and we get to keep working.