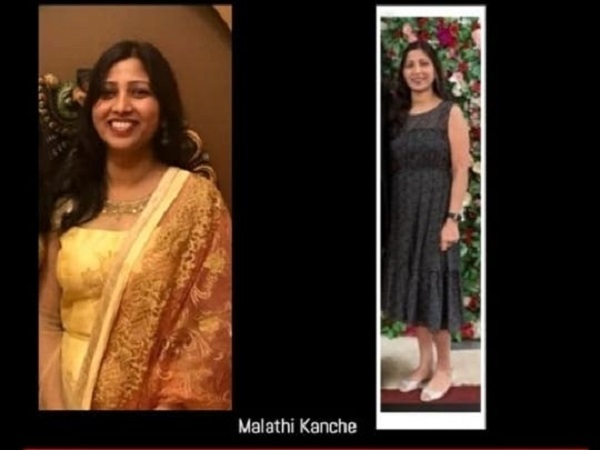 Amid misleading rumors, friends and family of New Jersey resident continue intense search for her

The catastrophic flooding that Hurricane Ida caused in New York and New Jersey has left 46 people dead in five states. In devastating news for the community, Indian American Malathi Kanche of New Jersey is among the missing.

For the past three days an intense search has been on in the social media to look for Kanche. She was last spotted caught in a flash flood in the Bridgewater area of New Jersey.

Indian community members across the New York, New Jersey area have been relentlessly trying to trace Kanche. From WhatsApp messages to social media posts and even Zoom calls among friends were hosted and alerts were issued to look for Kanche.

In what can now be described as a very heart breaking episode, was driving with her daughter on Wednesday, Sept. 1, when her car was swept away in a flash flood.  Malathi Kanche

The incident happened at Route 22 in Bridgewater, New Jersey. The mother daughter duo were on their way back from Rutgers’ University, where her daughter studied.

Once they found their vehicle drowning, her daughter who knew swimming could find her way to a safe spot but Malathi was perhaps caught in the flood as she couldn’t swim. She was last seen at Lexus car dealership on Route 22.

Her friends are looking for professional help and divers are still working to find her. Her friends are asking all online media and community members to help look for her as the system is already overwhelmed with hundreds of people missing. Her friends walked by the woods and the nearby area looking for her.

Meanwhile, the family and friends are also distressed with confusing news coming in from unreliable sources. There have been rumors on WhatsApp that she got electrocuted and that her remains have been found. However her friends deny this news.

A Facebook live conducted by Jyotsna Sharma had her friend Amul Mago appealing to the professionals from the community to come forward and share if they have any better ideas on how to expedite search for her.