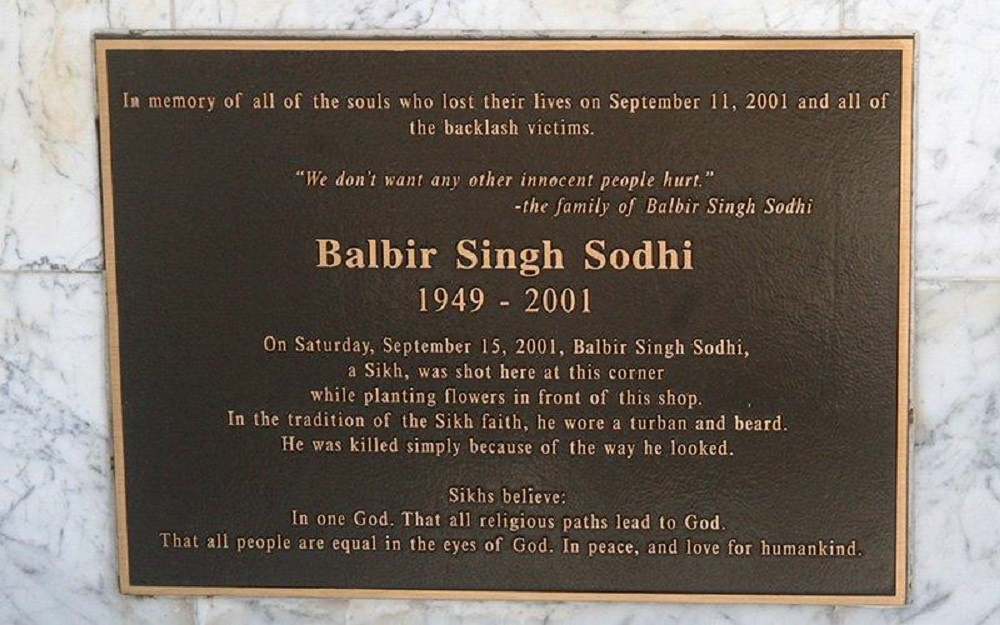 Honoring Balbir Singh Sodhi through ‘Shared Resilience in the Face of Hate’ event in Mesa, Arizona, this evening

On September 15, 2001, just days after America was still processing the terrorist attack on its soil, Balbir Singh Sodhi was planting flowers outside of his gas station in Mesa, Arizona, when he was shot and killed by a man supposedly seeking retribution for the terrorist attacks four days earlier.

Sodhi’s death marked the first recorded deadly post-9/11 hate crime. His murder was, sadly, a bellwether of what was to come: Sikhs, Muslims, Arabs, South Asians, and other communities of Americans soon experienced a wave of bias, bigotry, and institutional discrimination.

As his family gets together to mark the 20th anniversary of that senseless murder, an event is being organized to commemorate Balbir’s life and legacy and to recognize all those lost to hate over these past two decades.

The event also aims to highlight and to celebrate the solidarity and advocacy that has sprung forth in response to these challenges. Honoring Balbir Singh Sodhi Through Shared Resilience in the Face of Hate will be held this evening in Mesa, Arizona, at 7 PM local time.

“Every year since we lost my brother days after 9/11, my family has gathered at the gas station where he was killed to remember and honor him,” says Balbir Singh’s brother Rana Singh Sodhi.

“We are excited to welcome a wider group of people on this important anniversary,” he says, “so that we can pay tribute to all those who have been hurt by hate and also share the love and support that my family has felt for 20 years with the nationwide sangat.”

The events of 9/11 had deep impacts on the lives of every American, but for many immigrants in America the tragedy came with an additional travesty of combating hatred, racism and misunderstanding.

For the family of late Balbir Singh Sodhi the past 20 years have been about overcoming their tragedy and trying to cope up while still believing in the American dream.

Showing solidarity with the millions of immigrant families in America who suffered in the aftermath of 9/11, Sodhi family along with the Global Sikh Alliance and the Sikh Coalition, is hosting an interfaith commemorative event to mark the 20th anniversary of the murder and recognize all those lost to hate in the past two decades.

The evening’s program will feature interfaith leaders, elected and appointed public officials from the federal, state, and local levels, members of the Sikh community and members of the Sodhi family

Honoring Balbir Singh Sodhi through ‘Shared Resilience in the Face of Hate’ will be held this evening in Mesa, Arizona, at 7 PM local time / 10 PM EST.

Watch the livestream of the program here or on the Sikh Coalition’s Facebook page.