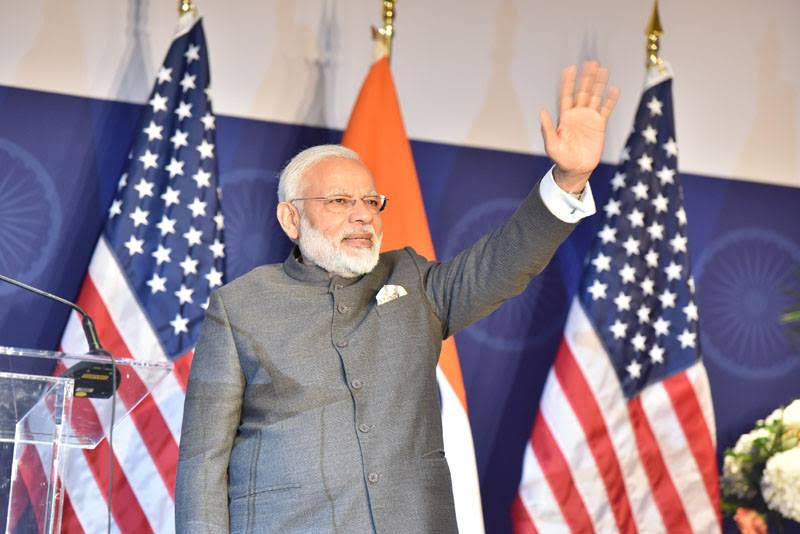 When President Joe Biden and Indian Prime Minister Narendra Modi meet in-person at the White House on Friday, critical issues such as defense and security, trade and investments, the coronavirus pandemic, clean energy, and the situation in Afghanistan, will all be on the plate with a view to strengthen the global partnership between the world’s oldest and largest democracies.

Accompanied by a high-level delegation including national security advisor Ajit Doval, external affairs minister Dr. S. Jaishankar, and foreign secretary Harsh Vardhan Shringla, Modi will embark on a five-day visit to the US from Sept. 22 to 26, during which he will attend key meetings first in Washington, DC and then New York City.

At the core of the Quad lies an overarching commitment by its leadership to promote a free and open Indo-Pacific. The security forum is seen as a counterweight to China, a curb to its aggressive tendencies.

The Quad meet will be held on the heels of a new trilateral military pact, AUKUS, which the US has forged with the UK and Australia, again designed to take on the challenges posed by China in the Indo-Pacific region.

Announcing the new grouping last week, the three member countries divulged that the US and UK will be sharing sensitive technology with Australia which will allow Canberra to acquire nuclear powered submarines.

So far, India has not voiced any misgivings about the new alliance which some see as impacting or diluting the Quad. And the White House is in defense mode reassuring its partners in the multilateral group.

Speaking to reporters on Monday, a senior administration official said, “President Biden has made elevating the Quad a priority”, noting the first virtual Quad leaders-level engagement in March, and now the upcoming in-person summit at the White House.

“Hosting the leaders of the Quad fundamentally is a demonstration of the priority of engaging in the Indo-Pacific, including through new multilateral configurations designed to focus on 21st century challenges”, the official emphasized.

The summit will be preceded by a bilateral discussion between Modi and Biden, the first in-person meeting of the two leaders.

“It will be an opportunity to really go from strength to strength, from the point of view of our global partnership with India, by working together to uphold a free and open Indo-Pacific by the steps that our two countries – who are both vital in the global fight against Covid-19 – can each take practically to contribute to a global solution and by taking concerted action to address the climate crisis”, the official said.

“So, in an interesting way, the bilateral discussion between the US and India will help reinforce and give momentum to the Quad discussion because many of the topics are very much interrelated”, the official noted.

“And I think Prime Minister Modi and President Biden really want to talk about the ways of pulling our countries even closer together at basically every level of interaction between our societies”, the official said.

Modi, according to reports, will also meet Vice President Kamala Harris who traces her roots to Tamil Nadu in south India. The meeting will be held on Thursday at the White House and will be followed by a gala dinner hosted by Biden to welcome his Quad partners.

Earlier in the day, Modi will interact with CEOs of corporate America including Tim Cook of Apple.

Read: All eyes on the Quad summit and Modi-Biden meeting (September 20, 2021)

During the course of the visit, he will hold bilateral meetings with his counterparts from other countries.

On Saturday, he will address the General Debate of the high-level segment of the 76th session of the United Nations General Assembly in New York City.

The theme for this year’s debate is ‘Building Resilience through Hope’ to recover from the Covid-19 pandemic, rebuild in a sustainable manner, respond to the needs of the planet, respect the rights of people, and revitalize the United Nations.