The Indian American actor’s soon-to-be-out book, ‘You Can’t Be Serious,’ talks about brown experiences in America in a funny, candid tone. 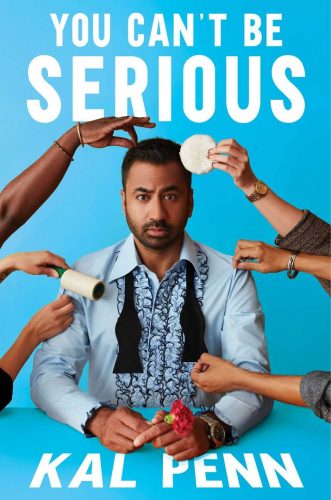 If you are a brown kid growing up in America or for that matter anywhere in the world, there is a lot you will find to relate in actor Kal Penn’s new memoir, You Can’t Be Serious.

Born Kalpen Suresh Modi, who switched his name to a more Americanized Kal Penn has had an interesting professional trajectory. From being one of the first brown actors to break into mainstream America to being an official at the White House, there are many lessons to learn and inspirations to seek from Penn’s life.

His book manages to do just that. It opens up to behind the scene experiences which led him to where he is today. In an anecdote almost every single brown family would relate to, Penn shares how he chose to go the unconventional way by not listening to brown aunties’ advice. Instead of choosing a respectable career like a doctor, Penn decided to chart a territory that was not just unknown but also trivialized. Penn’s willingness to sail against the tide led him to embark on an array of career choices and his book gives us a peek into his journey. From being an actor, to a writer to a professor teaching college students to being an advisor to the President of the United States of America – Penn has done it all. In between building his enviable-to-brown-aunties resume, Penn also managed to be a farmhand in between.

You Can’t Be Serious, is an important memoir because it reinforces the concept of the American dream. Like many others, Penn’s parents came to the US with big dreams and limited means. But their resilience paid-off and they were able to live the life memoirs are made of.

Penn in his characteristic humor does not shy away from admitting how he was forewarned about never finding a spot in Hollywood but he proved the cynics wrong only to give up a flourishing career in entertainment to take up the job of a White House aide.

The decision paid off and is just a reflection of how being open to choices life throws at you can shape the trajectory of your career in a way you never imagined.

A fun read through and through with anecdotes that will force one to reflect upon.

You Can’t Be Serious is published by Gallery Books, an imprint of Simon & Schuster.