The combined net worth of the seven richest billionaires increased from $22.4 billion to $42.4 billion in the past year.

Forbes recently released its list of 400 wealthiest Americans for the year 2021. Seven Indian Americans, with a combined net worth of $42.4 billion, have made it to the list — the same number as 2020. While six of the seven billionaires retained their positions on the list, Google investor Kavitark Ram Shriram fell off it. However, he was replaced by Baiju Bhatt, Co-founder of Robinhood. Here is the complete list:

The richest Indian American on the list the wealthiest 400 Americans, Chaudhury saw his net worth increase by nearly a whopping $10 billion in the past year. His ranking also increased from 85th in 2020 to 45th this year. Chaudhry founded Zscaler, a cyber security firm, in 2008. He, along with his family, owns 42 percent of the company’s shares. The firm went public in March 2018. Chaudhry moved to the United States to study in Nevada back in the 1980s. Zsclaer is not Chaudhry’s first venture. Along with his wife, he founded a number of companies which were subsequently acquired. 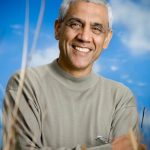 The net worth of Khosla, the co-founder of Sun Microsystems and the founder of Khosla Ventures, increased from $2.8 billion in 2020 to $8.6 billion. His ranking went up from 353 to 92.

A graduate of IIT Delhi, Khosla grew up in the Indian capital before moving to the United States to do an MBA from Stanford, in 1980. He founded Sun Microsystems with his classmates from Stanford. He later left the company to become a venture capitalist. He founded Khosla Ventures, based in Menlo Park, California, in 2004. 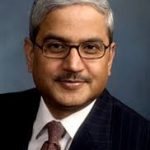 Co-founder and co-owner of India’s Indigo Airlines, Gangwal previously served as the CEO of US Airways group. His net work increased from $2.3 billion to $4.5 billion in the past year. An IIT, Kanpur graduate, he earned an MBA from Wharton School of Pennsylvania.

He has also served as the executive vice-president for Air France. He lives in Miami, Florida with his wife and a daughter. 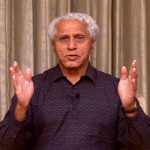 Founder and CEO of Symphony Technology Group, Wadhwani was born in Karachi before Indian independence. His net worth last year was $3.4 billion.

A graduate from IIT Bombay, he earned his masters and doctorate from Carnegie Mellon University.

He lives in Palo Alto, California with his wife and has a married daughter.

At number 340 on the list, online retailer Wayfair CEO Niraj Shah grew up in Massachusetts. His net worth increased increased from $2.8 billion to $3.4 billion in the past year.

He graduated from Cornell University and co-founded Wayfair in 2002 with his classmate.

In 2017 he also became the director of Federal Reserve Bank of Boston and lives in Boston with his wife Jill Shah. 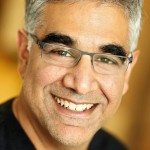 He became the vice chairman of the company in 1999, until the takeover by Oracle in 2004.

He is also a partner at Greylock Partners which is a software investment fund. He is placed number 363 on the list. 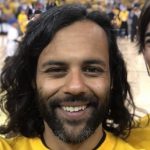 At just 36, Bhatt is the youngest Indian American on the list. He is placed at number 389.

He founded Robinhood, a financial services company, along with Vladimir Tenev.

Son of Indian immigrants, Bhatt grew up in Virginia. He studied mathematics at Stanford University.

He co-founded the trading platform in 2013. After a funding run in 2018, he became a billionaire along with his co-founder. He lives in Palo Alto, California.