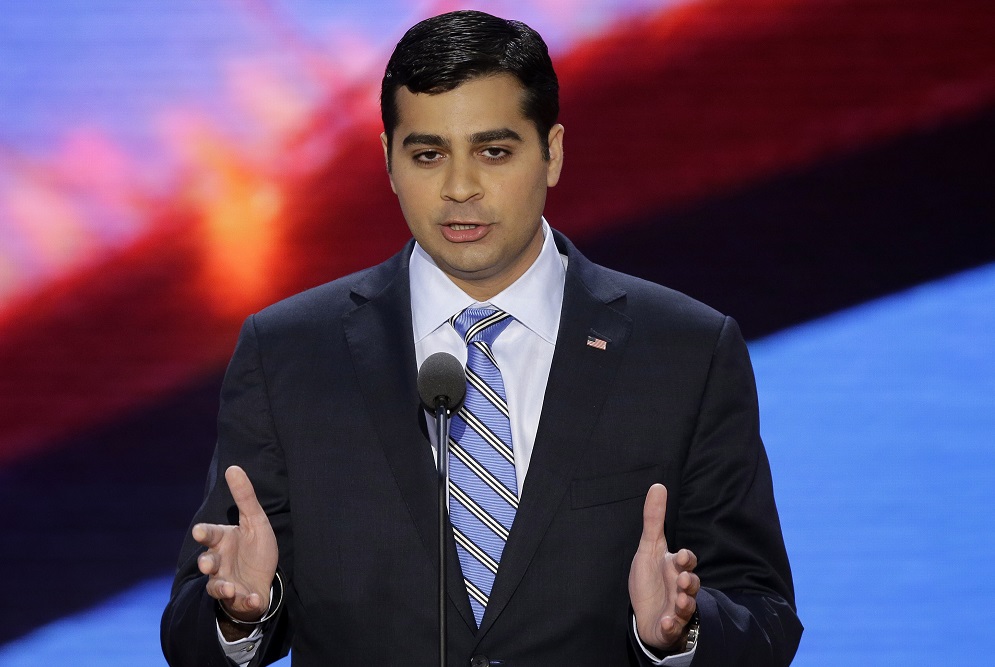 Indian American Ricky Gill, who served on the White House’s National Security Council during the Trump administration, is running for a US House seat in Modesto area in California’s 10th Congressional District.

The son of immigrant physicians and farmers from India, Gill is a native of the Central Valley, who has also served in the US State Department and on the California State Board of Education.

“I’m running for Congress because I believe America is on the wrong track and the people of our Central Valley community are being neglected by this (Biden) administration and its ineffectual policies,” he said announcing his run Nov. 12.

Biden “administration’s failures to address the border crisis and rising crime are eroding public safety, and reckless overspending is damaging public trust,” he said. “Educational choice is being limited in unprecedented ways, as parents are being marginalized in their own children’s education.”

“And the high cost of this administration’s dangerous foreign policy is hitting hard right here at home. We need to change course – and quickly – with fresh, bold representation and new leadership,” Gill said.

“During his time as a director at the National Security Council (in the European and Russian Affairs Directorate), Ricky served with distinction. His leadership embodied the spirit of our America First foreign policy,” O’Brien said in a statement.

“Whether it was his work to prevent the completion of Russia’s Nord Stream 2 pipeline or counter Chinese Communist Party influence in Europe, Ricky’s efforts furthered US national interests and helped to make Americans safer and more prosperous at home.”

“I have no doubt that he would bring the same commitment and resolve in representing the people of this district,” O’Brien added.

“Ricky Gill has what it takes not just to serve, but to lead in Congress,” said Sessions calling him “a generational leader who would elevate the Central Valley’s issues to the forefront in Washington. “

“Ricky’s experience shows he will champion fiscal responsibility, stand up to China and fight to preserve America’s energy independence and national security.”

Appointed by then President Donald Trump to the US Department of State’s Bureau of Overseas Buildings Operations (OBO), Gill guided the real estate process regarding the relocation of the US Embassy in Israel from Tel Aviv to Jerusalem.

In 2012, Gill won the Republican nomination for Congressional District 9 and was a featured speaker at the 2012 Republican National Convention.

A recipient of the Frank H. and Eva B. Buck Scholarship, Ricky graduated Phi Beta Kappa with honors from Princeton University. He subsequently earned a law degree from the University of California, Berkeley, according to his official profile.

In 2004, Ricky Gill was selected by then Governor Arnold Schwarzenegger to serve as the sole student member of the California State Board of Education.

In his private sector career, Gill has focused on operating and developing real property, including a top-100 RV resort and retail centers for some of the most recognizable global brands.

Gill’s “family has been farming in the Central Valley for four decades, and he will always be a loyal friend of California’s agricultural communities,” according to his website.