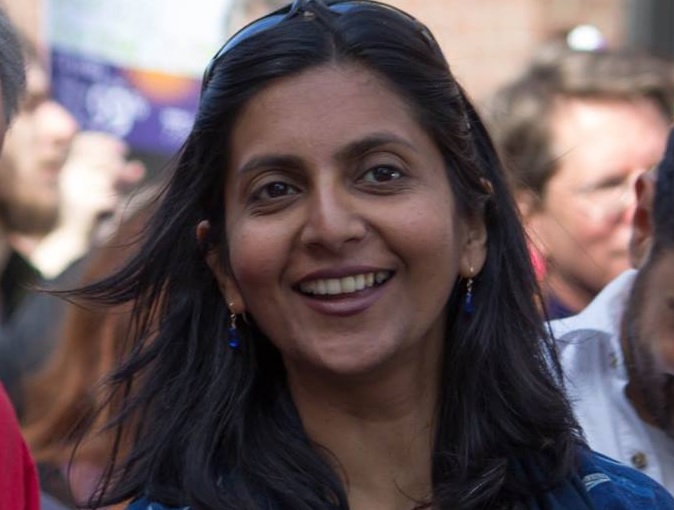 Kshama Sawant, an Indian-American Seattle City Council member since 2014, faces the prospect of removal from office with 53% voters backing her ouster in a historic recall election Tuesday, according to media reports.

The remaining votes in the recall will be counted until Friday. If Seattle Council’s first-ever recall succeeds, Sawant will be removed from office once results are certified on Dec. 17, Seattle Times reported.

The remaining eight council members would have 20 days to appoint a replacement who would represent the district until a special election in November 2022.

The first and only member of Socialist Alternative to be elected to public office in America, Sawant was accused of violating her oath of office with three certified charges from the state Supreme Court.

Charges against her include misusing city funds for a “Tax Amazon” campaign, leading a march to Seattle Mayor Jenny Durkan’s home and letting hundreds of protesters inside city hall after hours during a pandemic.

Henry Bridger II, the campaign manager for the Recall Sawant campaign, called Tuesday night’s results “strong and promising” in a phone interview with the Times.

“I think we’ve done a great job,” Bridger said. “People were really tired of not being listened to by Sawant. I think they stepped up and are telling her she finally has to listen to us.”

But at a Capitol Hill music venue adorned with red signs with pro-Sawant messages, the council member told supporters to wait and see as additional votes are tallied, according to the Times.

“In every one of our elections, there has been a dramatic swing after election night in our direction,” Sawant was quoted as saying. “While we cannot be sure of the final result, if past trends hold, it appears working people may have prevailed in this fight.”

“Win or lose, we should not forget the ruling class keeps going after us because we have shown how how to win for the working class. Not once, not twice, but repeatedly with unprecedented victories,” she added.

In Tuesday’s election, District 3 voters were asked one question: “Shall City of Seattle Council member Kshama Sawant be recalled from office?” The election capped a year-plus campaign by recall supporters to remove Sawant.

Sawant, a former software engineer, was first elected to the City Council in 2013 when she defeated incumbent four-term Council member Richard Conlin.

Then 41, Sawant had made a name for herself as an Occupy Seattle protester, advocating rent control and a $15-an-hour minimum wage.

Sawant was re-elected in 2015 when the city’s seven districts were formed, and again in 2019 to represent District 3 — including Capitol Hill, the Central District, First Hill, Madison Park, Little Saigon International District, Madrona and Mount Baker.

Donations piled up on both sides leading up to Tuesday’s election, with Sawant raising nearly $1 million, a majority of it coming from outside city limits, according to King5.Com.

By contrast, the Recall campaign raised closer to $780,000, with most donations of $1,000 or less, much of that from inside District 3. Another political action committee seeking Sawant’s recall has raised more than $180,000, it said.

Born in a middle-class Tamil Brahmin family in the city of Pune, India, Sawant graduated with a bachelor’s degree in computer science from the University of Mumbai in 1994. She received her PhD in economics from North Carolina State University in 2003.

She ran unsuccessfully for the Washington House of Representatives in 2012 before winning her seat on the Seattle City Council in 2013.