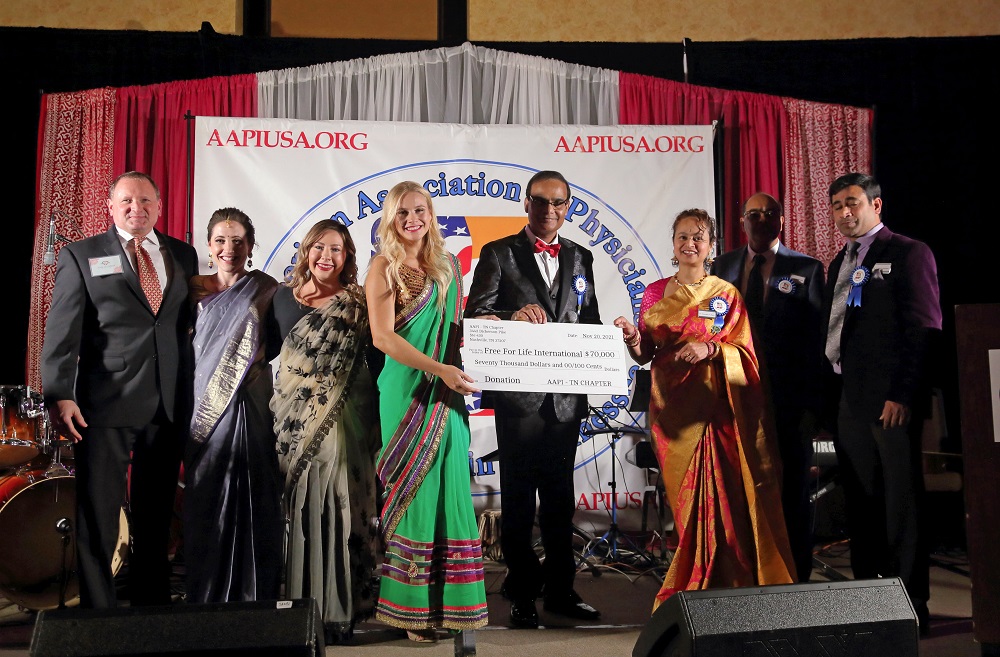 The Tennessee chapter of the American Association of Physicians of Indian Origin (AAPI) has raised $75,000 to help strengthen Nashville nonprofit Free for Life International’s (FFLI) efforts to end human trafficking in India.

A cheque for the amount raised at a fundraiser gala was presented to FFLI CEO Gabrielle Thompson during AAPI’s fall governing body meeting on Nov 20 in Franklin, a suburb of Nashville, Tennessee.

Noting that human trafficking is one of the fastest growing criminal industries in the US, reported in all 50 states of the country, AAPI Tennessee Chapter President, Dr. Anuradha P. Mann said, “we as a community have a duty to end the various forms of slavery.”

FFLI works in prevention along with rescue, restoration, rehabilitation and education of trafficked victims, she added.

In his keynote address, Congressman Jim Cooper from Nashville highlighted the numerous injustices that intersect with human trafficking and exploitation, along with the urgent need for action at the state, national, and international levels. 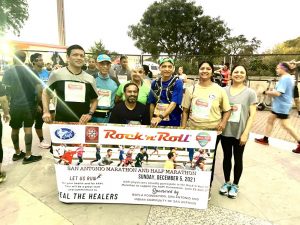 Meanwhile, in preparation for the upcoming 40th annual AAPI convention from June 23 to 26, 2022 in San Antonio, Texas, the convention team led by Dr. Jayesh Shah joined a “Rock and Roll Marathon” there on Dec. 5.

The marathon was aimed to focus on the convention’s theme of “Heal the Healers” and to create awareness among the public on the need for a healthy lifestyle.

AAPI’s participation at the Marathon was inspired and sponsored by the Botla Foundation, which committed a donation of $25,000. They also offered to donate $250 for every person who signs up for the half marathon.

“This novel way of sponsorship did encourage many Indian doctors and other community members to register and participate in this unique marathon,” added Dr. Jayesh Shah.

Dozens of Doctors and community leaders joined the Rock and Roll Marathon, which had attracted over 18,000 participants from around the nation.

The Botla Charitable Family Foundation is a non-profit established in 2014 by Dr. Ravi and Vijaya Botla supporting charitable causes that highlight Indian culture and traditions as well as promote health and wellness in the community.

Congratulating the participants, organizers and sponsors, Dr. Gotimukula said, “We thank the Botla Foundation who inspired us! We ran with a good heart to support AAPI. Nothing is impossible if we have the motivation inside us!”