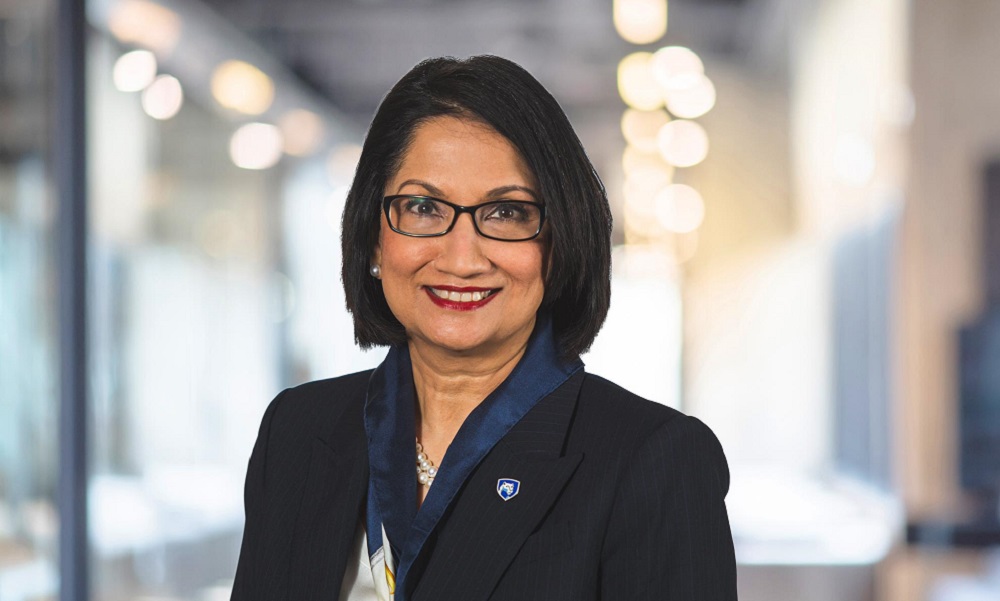 Neeli Bendapudi, an Indian American professor of marketing at the University of Louisville, Kentucky, is set to make history as the first woman and person of color to serve as Penn State University’s next president.

Unanimously named Penn State’s next president by the Penn State Board of Trustees on Dec. 9 she begins her appointment as Penn State’s 19th president in spring 2022, the Pennsylvania university announced Thursday.

Bendapudi, 58, currently the 18th president of the University of Louisville, is a recognized leader in higher education who specializes in marketing and consumer behavior, it said.

Born in Visakhapatnam, India, she moved to the United States to attend graduate school at the University of Kansas where she earned her PhD. Earlier, she did her BA and MBA from Andhra University.

With a focus on collaboration and development, Bendapudi has dedicated her career to student success, fostering inclusivity, and creating opportunities for students, faculty and staff to thrive.

“Penn State is a world-class university, and I couldn’t be prouder and more excited to join this vibrant community of outstanding students, faculty, staff and alumni throughout the commonwealth and beyond,”said Bendapudi.

“Thank you to the Penn State community and Board of Trustees. I am grateful for this opportunity and will make it my mission to help Penn State reach new heights across each of our campuses.”

She will succeed President Eric J. Barron, who will retire after serving Penn State for more than 30 years in various roles, including most recently as president since 2014.

“We are proud to welcome Dr. Bendapudi to Penn State. She is a dynamic and innovative leader who has dedicated nearly her entire professional life to higher education and is prepared to help our University advance in the ways we support students, create new knowledge and serve society,” said Matt Schuyler, chair of the Board of Trustees.

Following a rigorous interview process — including special small-group meetings with select faculty members — the full Board of Trustees interviewed and selected Bendapudi to be the University’s next president, the university said.

“We found Neeli Bendapudi to be an incredibly thoughtful, strategic leader with an inspiring breadth and depth of experiences in academia and research,” said Nina Jablonski, Evan Pugh University Professor of Anthropology and member of the Presidential Recruitment and Selection Committee.

“As an accomplished leader, she will bring a forward-looking perspective to the presidency while remaining grounded in the important connections with our students. The qualities of a 21st-century academic leader — commitments to excellence, equity and opportunity — are second nature to Dr. Bendapudi.”

The board and committee were very impressed with Bendapudi’s commitment to research, innovation and economic development, and also to how her experiences and vision align with Penn State’s modern land-grant mission and values, according to Schuyler.

During her career, Bendapudi has taught at the undergraduate, MBA, Executive MBA and PhD levels and received numerous college, university and national teaching awards, according to her official bio.

Bendapudi specializes in the study of consumer behavior in service contexts. Her research deals with customers’ willingness and ability to maintain long-term relationships with firms and with the brands and employees that represent them.

Previously, she served as chief customer officer of the Huntington National Bank and was actively involved in business outreach through consulting and executive education programs.

Bendapudi sits on the Board of Directors of publicly held company Lancaster Colony Corporation and has sat on several non-profit organization boards, including MRIGlobal, an independent research institute.

She is a former Leadership Foundation Fellow of the International Women’s Forum, one of a select group of women selected worldwide for this prestigious honor.