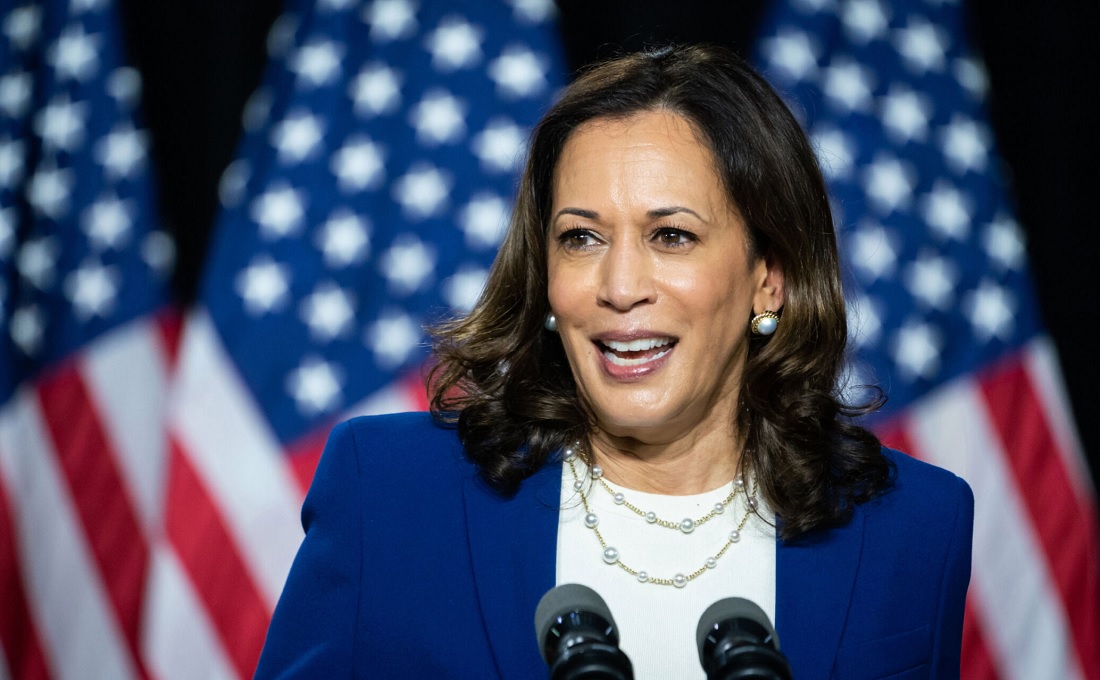 Harris’ elevation is “a reminder that women’s aspirations for the Oval Office, while elusive, are within reach”

Forbes’ 18th annual list of power women ranks Vice President Kamala Harris as the world’s second most powerful woman seeing her elevation as a “reminder that women’s aspirations for the Oval Office, while elusive, are within reach.”

Daughter of an Indian mother and a Jamaican father, Harris moves up one spot on the World’s 100 Most Powerful Women list after taking office as the highest-ranking female politician in US history in January. She swaps places with Christine Lagarde, the president of the European Central Bank who is now No. 3.

For only the third time in 18 years former German chancellor Angela Merkel is not No. 1 on the US business magazine’s power list. That honor goes to billionaire philanthropist MacKenzie Scott, the third richest woman in the world.

The list includes 40 CEOs, the most since 2015, who oversee a record $3.3 trillion in revenue, 19 world leaders and an immunologist.

Harris who became the first woman, the first Black person, and the first South Asian-American to become US vice president on January 20, 2021, is no stranger to firsts, Forbes noted.

In 2016, Harris was the first Indian-American woman to be elected to the United States Senate. And in 2010, Harris became the first African-American and first woman to serve as California’s attorney general.

Born in Oakland to immigrant parents, Howard University alumna, Harris is the first graduate of a historically Black college or university to hold the vice presidency.

Ranked 37 on the list is Indian Finance Minister Nirmala Sitharaman. Appointed in May 2019, India’s first full-time female finance minister is also the minister for corporate affairs.

Before her career in politics, Sitharaman held roles at the UK-based Agricultural Engineers Association and BBC World Service. She has also served as a member of the National Commission for Women.

Ranked 52 is Roshni Nadar Malhotra, CEO of HCL Corporation, the holding company for all group entities, and chairperson of the publicly traded company HCL Technologies.

She’s responsible for all strategic decisions for the $9.9 billion technology company founded by her father, Shiv Nadar, in 1976.
Malhotra took HCL’s chairperson role from her father in July 2020.

She is a trustee of the Shiv Nadar Foundation, which is focused on education and has established some of India’s top colleges and schools.

The firm has successfully forayed into the lucrative US biosimilars market, catching the attention of investors. The company has sold 3 billion doses of insulin to date and has Asia’s largest insulin factory in Malaysia’s Johor region.

Biocon is working with US firm Adagio Therapeutics to develop an antibody therapy called ADG20 to prevent and treat the coronavirus and its variants.

Nykaa’s marquee investors include US private equity giant TPG Growth as well as billionaires Harsh Mariwala and Harry Banga. Nykaa sells more than 1,350 beauty and personal care brands both online and through its network of stores across the country.

Nayar took Nykaa public in November 2021, becoming one of India’s richest self-made female entrepreneurs in the process. Her daughter and son work with her.

For more than 20 years, she has led the company’s corporate strategy and expansion into new markets. As head of the company, Jigtiani oversees more than 50,000 employees.