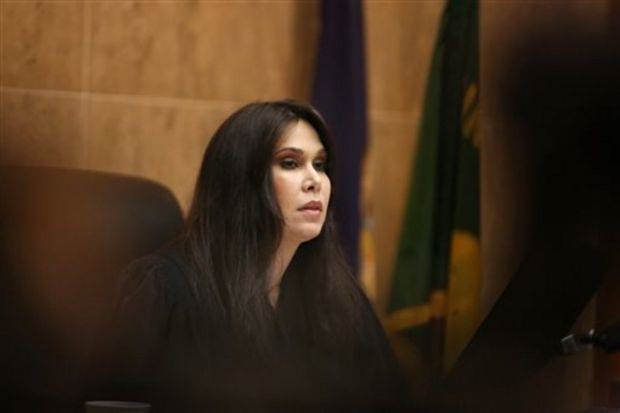 US Senate has confirmed Indian American Shalina Kumar as US District Court Judge for the Eastern District of Michigan. She will be the first federal judge of South Asian descent in Michigan.

Announcing Kumar’s confirmation, US Senator Debbie Stabenow described her as an “outstanding and highly qualified woman” and said her “confirmation is great news for Michigan.”

“Judge Kumar is a respected Chief Judge of the Oakland County Sixth Circuit Court, and I know she will continue her excellent work as a federal judge,” she said.

“Judge Kumar is an accomplished jurist whose appointment breaks barriers as the first Michigander of South Asian descent to serve on the federal bench in our state,” said senator Gary Peters.

Nominated as US District Court Judge by President Joe Biden on June 30, Kumar has served on the Oakland County Sixth Circuit Court since 2007.

She was appointed Chief Judge of the Circuit Court by the Michigan Supreme Court in January 2018. In addition to her chief judge duties, Kumar retains a full caseload covering both civil and criminal matters.

Prior to taking the bench, Kumar was a civil litigator in private practice from 1997 to 2007, including as an associate with Weiner & Cox PLC from 2004 to 2007 and Sommers, Schwartz, Silver & Schwartz P.C. from 2000 to 2004. Judge Kumar graduated from the University of Michigan in 1993 and the University of Detroit-Mercy School of Law in 1996.

The National Asian Pacific American Bar Association (NAPABA) congratulated “Kumar on her historic confirmation to the Eastern District of Michigan.”

“She is the first Asian American to serve as an Article III judge on the federal courts in Michigan,” Sid Kanazawa, president of NAPABA noted, “Judge Kumar has extensive experience on the bench, serving as Chief Judge of the Oakland County Sixth Circuit Court in Michigan covering both civil and criminal matters.”

“December 2021 has been a historic month with a record four AAPI women judges confirmed by the Senate,” he stated thanking Biden “for his commitment to diversifying the judiciary.”