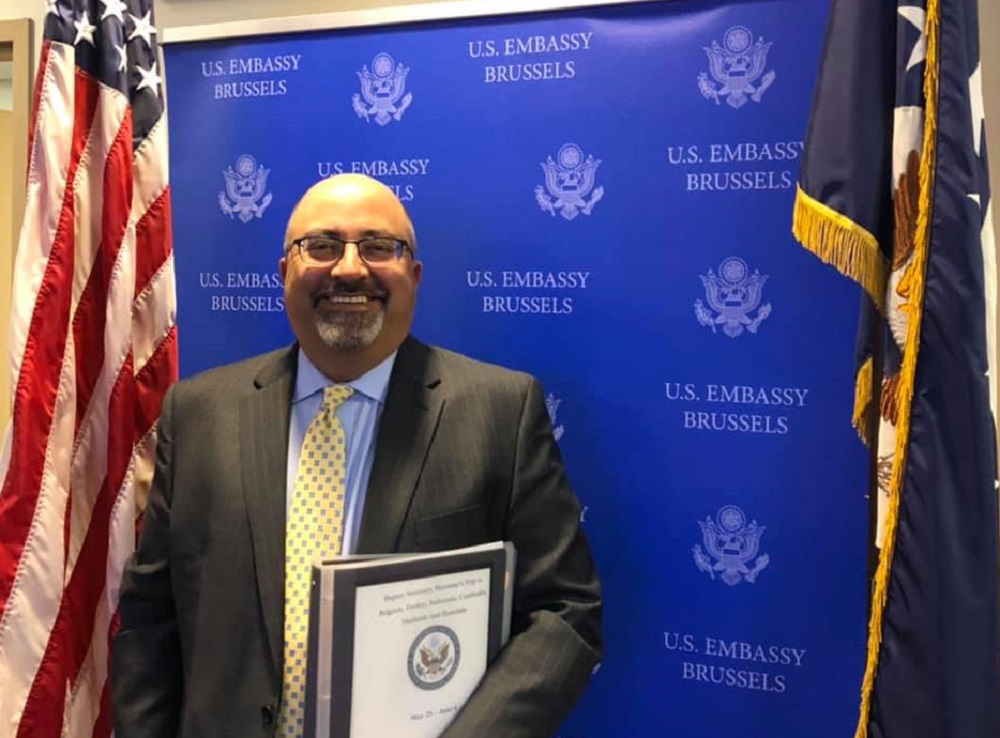 Keshap who recently served as US Chargé d’Affaires to India succeeds another Indian American, Nisha Biswal

Keshap, who most recently served in New Delhi as US Chargé d’Affaires to India, leading the US Embassy team has joined the US Chamber of Commerce, the chamber announced Jan 4.

A 28-year veteran of the US Department of State, he has held a number of senior US government positions including Deputy Assistant Secretary of State for South Asia in Washington, DC and US Ambassador to Sri Lanka and Maldives.

A part of the US Chamber USIBC represents top global companies operating across the United States, India, and the Indo-Pacific.

Amid dynamic growth within the US-India commercial partnership, it serves as the premier voice of industry and create connections between businesses and governments across both countries, a chamber release said.

Through its flagship Washington, DC and New Delhi offices and presences across both countries, USIBC works with members to identify and advance key policy priorities, it said.

Recognizing that US-India trade is increasingly driven by new business hubs, USIBC is also focused on strengthening connections between cities and states.

Keshap’s predecessor Biswal, a former US Assistant Secretary of State for South Asia, will remain deeply involved with USIBC as the US Chamber’s Senior Vice President of International Strategy and Global Initiatives and South Asia.

“The US-India Business Council is a critical and vital voice in driving ever closer commercial cooperation between the world’s two largest democracies,” said Myron Brilliant, Executive Vice President and Head of the International Division of the US Chamber of Commerce.

“We’re ecstatic to have Ambassador Keshap as USIBC’s next President. His deep expertise, and deep global network will empower the organization to even greater heights and serve our members well.”

“As the next President of USIBC, I’m honored and excited to continue my involvement in shaping and strengthening the robust relationship between the United States and India. I’m thrilled to join the US Chamber’s international powerhouse team and be part of the world’s largest and most influential advocacy organization,” said Keshap.

“India and its inspired citizenry hold a special place in my heart, and I believe there is no better place to continue this journey than serving as President of USIBC, which is committed and dedicated to enhancing commercial ties between the two countries,” he added.

“With the two countries on the cusp of entering an even more robust era in our strategic partnership, I feel privileged and honored to lead USIBC.”

“I’m thrilled to welcome my former State Department colleague to the US Chamber family,” said Biswal. “Ambassador Keshap brings a wealth of experience and knowledge of India and the Indo-Pacific to his new role.”

“Across multiple US administrations, he has been instrumental in expanding US-India strategic and economic cooperation and growing commercial ties across multiple sectors,” she said.

“I look forward to working with Atul and the entire USIBC team to deliver to our members and leaders in both countries unmatched experience, advocacy, and networks to further deepen the US-India partnership.”

He has also served in a number of distinguished roles at the National Defense University, the White House National Security Council, and in diplomatic postings in Washington and abroad, including in India from 2005-2008.