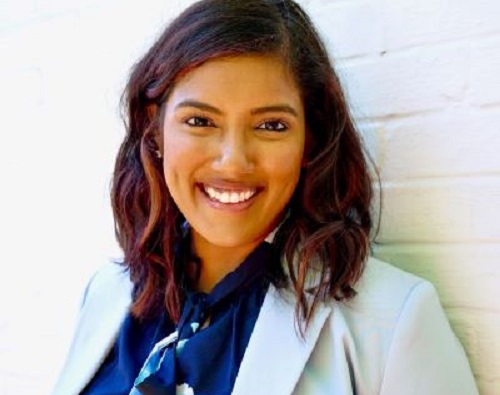 Dr Aditi Srivastava Bussells, a first-generation Indian American immigrant, made history Tuesday as she was sworn in as a Columbia City Council member in South Carolina.

Bussells, who won the 7-member council’s at-large seat in November to become the first Indian American woman elected to municipal office in the state, will virtually function as number two.

Daniel Rickenmann became the new Mayor of Columbia after taking the oath of office with Bussells and two other council members, Tina Herbert and Joe Taylor.

The inauguration took place in the 1700 block of Main Street in Columbia. With their family at their side, the members took the oath of office from two justices from the South Carolina Supreme Court, according to News19.

First to take her oath, Bussells said Columbia is turning the page on a new chapter and encouraged young people to get involved in local issues.

“I was a political outsider. I kept going,” she said. “Why? Our community is worth it. Columbia is worth it. South Carolina is worth it.” Bussells also promised to make informed decisions based on root problems communities are facing.

Bussells is a public health researcher with Children’s Trust who oversees several state-wide initiatives that support family and child health and well-being.

She received her PhD in public health at the University of South Carolina. Her spouse Louis Bussells is a frontline worker and army veteran.

She came out on top of a seven-person field in the November election to take the citywide at-large seat. She ultimately defeated attorney Tyler Bailey in the Nov. 16 runoff.

“I feel overwhelmed, grateful, and excited. Over 10,000 of you voted for change, to break the status quo and have an independent advocate on city council,” Bussells tweeted after her victory

“I am so honored to be your next councilwoman. Thank you for making history tonight! #scpol #columbiasc” she wrote.

During her campaign, Bussells said she believes that everyone, “regardless of their zip code, deserves to have equal opportunities to thrive.”

“From knocking on doors to ensure residents complete their Census to providing expert guidance on public health in the city, my goal has always been to ensure our communities have the resources and knowledge they need and their voices are heard,” she said.