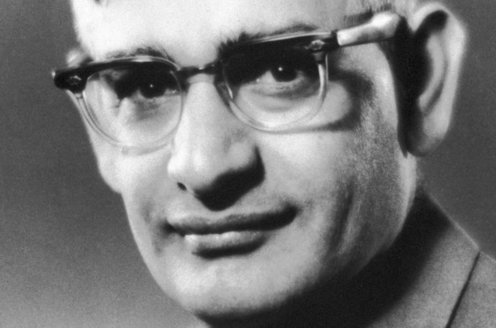 Jan. 9 was the centennial of the scientist born in a small village who dodged India’s partition and won a Nobel prize

It’s hundred years since Indian American scientist Har Gobind Khorana, a Nobel prize winner, was born, and its our duty to remember this great man of science.

Indian peninsula has produced several scientists over the years though their recognition may have come from foreign shores. One of the notables among them was Khorana.

Born on Jan. 9, 1922, in Raipur part of British India which would become part of Pakistan after partition in August 1947, he became an American citizen in 1966.

A Punjabi Hindu, Khorana was youngest of five children. His father was keen on educating them all though just a clerk in British India .

His thesis was a study on chemistry of Melanin’s with Roger Beer. Later he went on to do his post-doctoral study in Switzerland, where he also worked. He met Esther whom he would marry in Switzerland. Later he moved to Canada and from there to US.

He was at the University of Wisconsin, Madison. where he was a biochemistry professor and had started research on nucleotides and RNA codes for protein synthesis. He and Esther by then had three children.

Before going to Canada, he had tried to settle down in Punjab, but the scientist did not find suitable placement and support for research.

He shared the Nobel prize in Physiology or Medicine in 1968 with Robert Holley and Marshal Nirenberg synthesizing oligonucleotides as building blocks of amino acids, precursor of polymerase chain reaction and discovering set of three nucleotides called codons as basic building blocks .

Though it was known by then that human cells were made of genes which made proteins, the actual process was unknown. In short, he discovered the essential function of human gene. He also constructed the first synthetic gene, he deciphered our DNA and wrote the dictionary for our genetic language.

In fact he not only made a synthetic DNA, but even put it in a live bacterium, an early start to promising biotechnology. He also built RNA chains and later used them to produce protein molecules .

He would often say if you want to travel far, you need to travel alone. He was helpful to his compatriots, inspiring to his students, and polite to society. He loved long hikes, music and swimming.

He was the last to learn of the announcement of his Nobel prize as he had gone for one of his lonely walks along lake Madison, where he camped in a tent, with no telephone or radio, but pen and paper to write on his work, and his wife had to reach him by driving to him after hearing the news.

He was given the Padma Vibhusan, India’s second highest civilian award, in 1969 by the Indian government. Strangely the Pakistan government never claimed him or gave him any honors ignoring him as a Hindu Indian.

Read: WHO IS HAR GOBIND KHORANA? THE MAN WHO CRACKED THE ULTIMATE CODE (January 9, 2018)

Khorana would work on Rhodopsin the protein in our retinas post his Nobel prize and would become a foreign member of Royal society in 1978. He Joined MIT in 1970 and was there till he retired in 2007.

In 2007, University of Wisconsin, India’ Department of Technology and Indo-US Science and Technology Forum would form the Khorana program for scholars to create scientists, industrialists and social entrepreneurs in USA and India.

This is the remarkable story of a brilliant scientist born in a remote village.