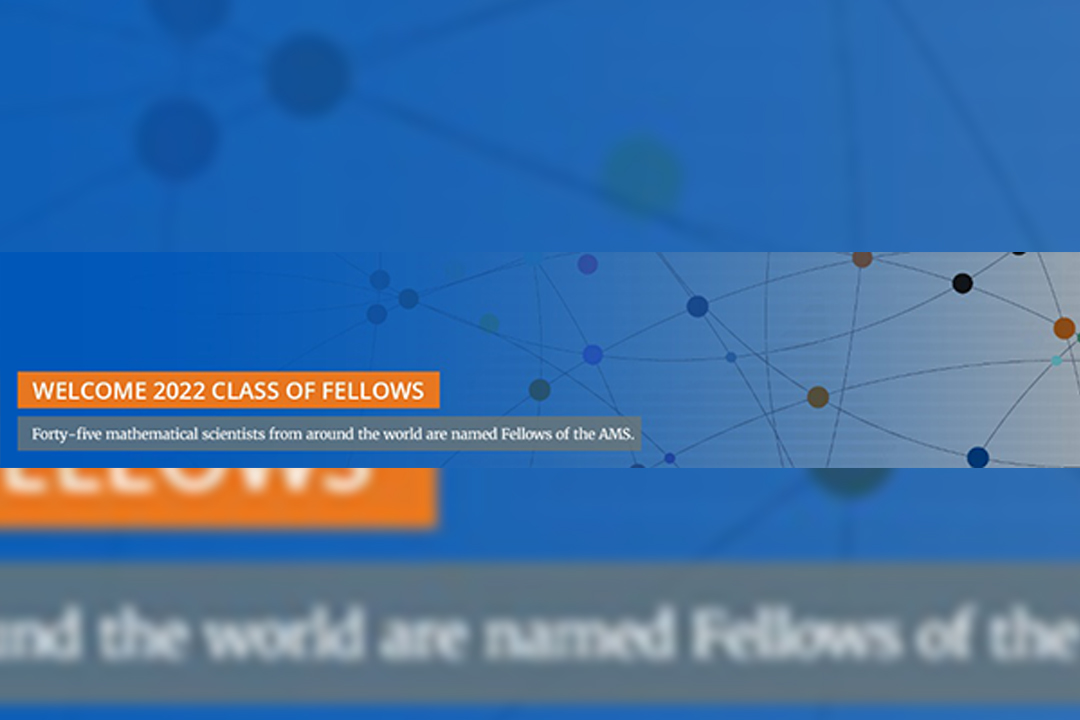 Five Indian origin mathematicians are among 45 American Mathematical Society Fellows for 2022 from around the world chosen for their “outstanding contributions to the creation, exposition, advancement, communication, and utilization of mathematics.”

“It is an honor to welcome a new class of AMS Fellows and to congratulate them for their notable contributions to mathematics and to the profession,” said Prof Ruth Charney, president of the American Mathematical Society, in a press release.

“We extend our thanks to the nominators and members of the selection committee for their help in highlighting the outstanding achievements of their colleagues. Congratulations 2022 Fellows!”

Jennifer Shyamala Sayaka Balakrishnan of Boston University was recognized “for contributions to arithmetic geometry and computational number theory and service to the profession.”

She is known for leading a team that solved the problem of the “cursed curve”, a Diophantine equation that was “famously difficult” before their solution.

Samit Dasgupta, a professor of mathematics at Duke University has been selected “for contributions to number theory, in particular the theory of special values of classical and p-adic L-functions.”
Dasgupta’s research has focused on the Stark conjectures and Heegner points. In 2009, Dasgupta received a Sloan Research Fellowship.
Santosh Vempala, a Distinguished Professor of Computer Science at the Georgia Institute of Technology has been chosen “for contributions to randomized algorithms, high-dimensional geometry, and numerical linear algebra, and service to the profession.”

His main work has been in the area of Theoretical Computer Science.

Vijaya Kumar Murty, an Indo-Canadian mathematician, has been selected for contributions to number theory, including the theory of L-functions associated to modular forms, and arithmetic geometry, and for service to the profession.

He is a professor at the University of Toronto and is the Director of the Fields Institute.

Malabika Pramanik, an Indo-Canadian mathematician who works as a professor of mathematics at the University of British Columbia has been selected “for contributions to complex and harmonic analysis and mentoring and support for the participation of under-represented groups in mathematics.”

Pramanik studied statistics at the Indian Statistical Institute, earning a bachelor’s degree in 1993 and a master’s in 1995. She then moved to the University of California, Berkeley, where she completed a doctorate in mathematics in 2001.