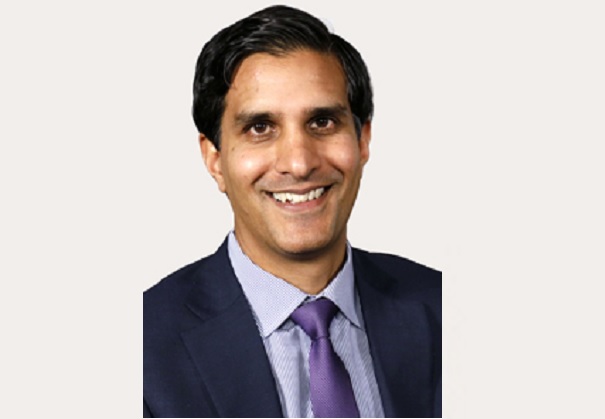 A senior Indian American advisor to President Joe Biden is leading the US sanctions against Russia and President Vladimir Putin’s inner circle triggered by Moscow’s latest actions in Ukraine.

“Russia’s long-previewed invasion of Ukraine has begun and so, too, has our response, Today, the President responded swiftly and in lockstep with Allies and partners,” said Singh.

“The speed and coordination was historic,” he said noting, “In previous sanctions regimes, it took weeks and months to mount a decisive response.”

“This time, we announced our first tranche of sanctions in less than a day and in lockstep with Allies and partners in the European Union, the United Kingdom, Canada, Japan, and Australia,” said Singh.

Singh, who according to press secretary Jen Psaki, was “back by popular demand,” said, “we’ve demonstrated the potency of our financial sanctions. And make — make no mistake: This is only the sharp edge of the pain we can inflict.”

“If Putin escalates further, we will escalate further using financial sanctions and export controls, which we’ve yet to unveil but which are fully prepared to implement with Allies and partners across the world,” Singh warned.

Born in Olney, Maryland and raised in Raleigh, North Carolina, Singh is a great grand-nephew of Daleep Singh Saund, the first Indian American to serve in the US Congress from 1957 to 1963.

“Daleep will be tasked with refocusing US international economic policy on the needs of working Americans,” National Security Adviser Jake Sullivan told Bloomberg in an emailed statement at the time of his appointment.

As Head of NY Fed’s Markets Group, he focused on bringing together policy, strategy, analysis and operational effectiveness. He also served as a member of the Executive Committee.

Previously, Singh was Senior Partner and Chief US Economist at SPX Capital, a global investment firm, from 2017 to 2019.

Read: Who Is Daleep Singh? All About Indian-origin Official Leading US’ Sanctioning Of Russia (February 23, 2022)

Prior to his tenure at the Treasury Department, Singh worked for Goldman Sachs, with a focus on US interest rates and currency markets, from 2003 to 2007, and again from 2008 to 2011. He was also a partner at Element Capital Management from 2007 to 2008.

Singh is a former adjunct senior fellow at the Center for New American Security and the Atlantic Council. He was also an adjunct professor of geoeconomics at Johns Hopkins School of Advanced International Studies.

Singh holds a bachelor’s degree from Duke University in economics and public policy. He also holds a master of business administration/master of public administration from the Massachusetts Institute of Technology, and Harvard University, with a focus on international economics.