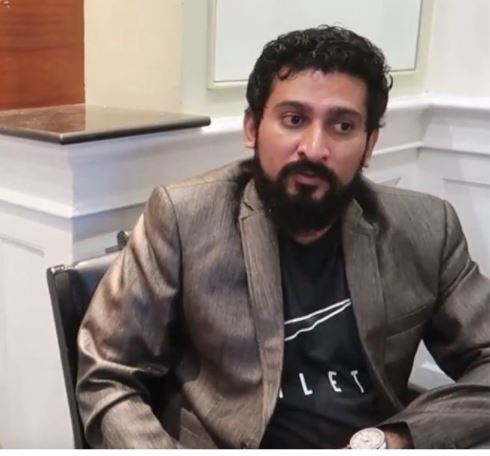 BitConnect’s Indian founder Satish Kumbhani, who was indicted by a federal grand jury in San Diego Friday in a global $2.4 billion cryptocurrency Ponzi scheme, is reported to have vanished from India.

Kumbhani, 36, of Hemal, India, was charged with orchestrating a global Ponzi scheme through BitConnect, an alleged fraudulent cryptocurrency investment platform that reached a peak market capitalization of $3.4 billion.

If convicted of all counts, he faces a maximum total penalty of 70 years in prison, according to a Justice Department press release.

“Kumbhani is at large,” the Justice Department said Friday. However, according to Bloomberg, a Securities and Exchange Commission (SEC) attorney said in a court filing Monday that he “has likely relocated from India to an unknown address in a foreign country.”

“Since November, the commission has been consulting with that country’s financial regulatory authorities in an attempt to locate Kumbhani’s address. At present, however, Kumbhani’s location remains unknown,” attorney Richard Primoff said.

Last September, the SEC separately sued Kumbhani, claiming he fraudulently raised more than $2 billion from investors in his cryptocurrency exchange platform, Bloomberg said. But the SEC didn’t know where he was and couldn’t serve him with the lawsuit.

Primoff asked US District Judge John Koeltl for an extension until May 30. The SEC said it wants to look for Kumbhani and if it finds him in the US, serve him with the complaint.

Under this program, Kumbhani and his co-conspirators touted BitConnect’s purported proprietary technology, known as the “BitConnect Trading Bot” and “Volatility Software,” as being able to generate substantial profits and guaranteed returns by using investors’ money to trade on the volatility of cryptocurrency exchange markets.

Read: Is cryptocurrency the next Internet Bubble waiting to burst? (October 16, 2021)

As alleged in the indictment, however, BitConnect operated as a Ponzi scheme by paying earlier BitConnect investors with money from later investors. In total, Kumbhani and his co-conspirators obtained approximately $2.4 billion from investors.

The indictment further alleges that, after operating for approximately one year, Kumbhani abruptly shut down the Lending Program.

Kumbhani then directed his network of promoters to fraudulently manipulate and prop up BCC’ price to create the false appearance of legitimate market demand for it.

Kumbhani and his co-conspirators also concealed the location and control of the fraud proceeds obtained from investors by commingling, cycling, and exchanging the funds through BitConnect’s cluster of cryptocurrency wallets and various internationally based cryptocurrency exchanges.

According to the indictment, to avoid regulatory scrutiny and oversight of BitConnect’s cryptocurrency offering, Kumbhani evaded US regulations governing the financial industry, including those enforced by the Financial Crimes Enforcement Network (FinCEN).

For example, although BitConnect operated a money transmitting business through its digital currency exchange, BitConnect never registered with FinCEN, as required under the Bank Secrecy Act.

“The department is committed to protecting victims, preserving market integrity, and strengthening its global partnerships to hold accountable criminals engaging in cryptocurrency fraud.”

“Dressing up a tried and true fraud scheme with a new twist and basing it overseas will not deter the resolve and dedication of the FBI to meticulously investigate and bring such fraudsters to justice,” said Special Agent in Charge Eric B. Smith of the FBI’s Cleveland Field Office.

Justice Department encouraged all investor victims of the BitConnect fraud to visit the webpage https://www.justice.gov/usao-sdca/us-v-glenn-arcaro-21cr02542-twr to identify themselves as potential victims and obtain more information on their rights as victims, including the ability to submit a victim impact statement.