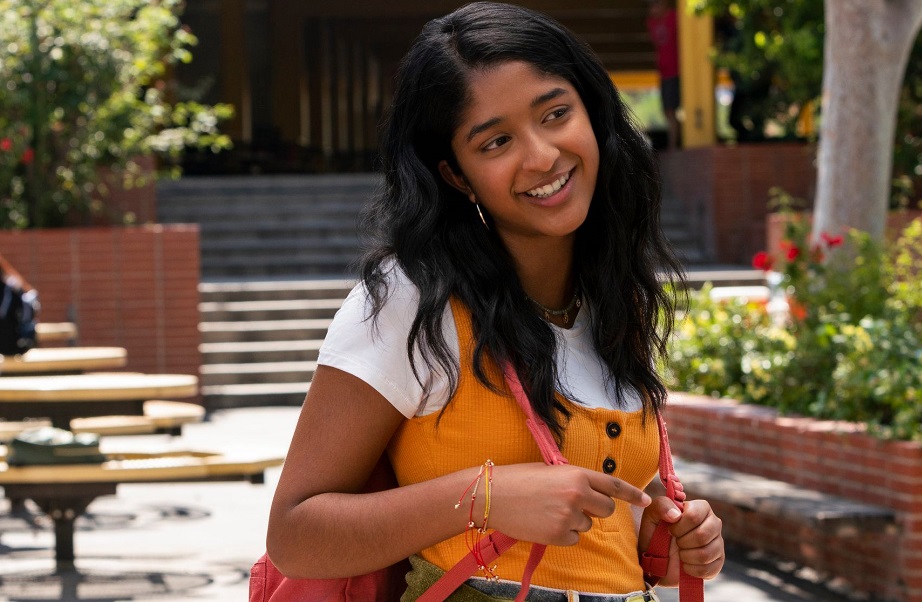 Disney and Pixar’s all new feature film ‘Turning Red,’ which is all set for its theatrical release next week in the US has an all diverse cast. Joining the voice cast team is Canadian actress Maitreyi Ramakrishnan of ‘Never Have I Ever Fame.’

Directed by Academy award winner Domee Shi, the animated film follows the journey of a 13-year-old Canadian Chinese girl Meilin Lee. The character lineup includes Mei, her inner circle of friends and family, and members of a boy band. Filmmakers called on a rich roster of voice talent to help bring the characters to life.

“The Toronto seƫting of this story called for a diverse cast,” says associate producer Adrian Molina. Maitreyi Ramakrishnan does the voice over for Priya, who is the protagonists friend. Sandra Oh voices Ming Lee, Meilin’s mom who is a hardworking keeper of the Lee Family Temple in Toronto’s Chinatown.

The character of Priya, voiced by Ramakrishnan is a quiet wild card with a deadpan sense of humor and a calm and collected approach to school, friendship and everything else.

“I remember my first reaction on to seeing just a rough sketch of Priya while recording,”says Ramakrishnan. “I was immediately so excited about how similar she looks to me—I’m talking about the bushy hair, the nose piercing, glasses and the slight eye bags from probably staying up way too late the night before!”

“I definitely was not as quiet and cool as Priya is when I was in middle school, but we both are always ready to stick up for a friend.”

Priya’s low-key personality was tricky to pull off, says the actor. “Sounding excited, sad or angry while also staying monotone is a very fine line to walk,” she says.

“Priya is just someone with a monotone voice, but she also has feelings like every other middle school kid, so keeping that in mind definitely helped.” says Ramakrishnan. “Recording early in the morning also helped to sound monotone! Not a fan of mornings.”

‘Turning Red’ which was also set to release in Russia has been paused as Disney decided to pause all its theatrical releases due to Ukrainian invasion.