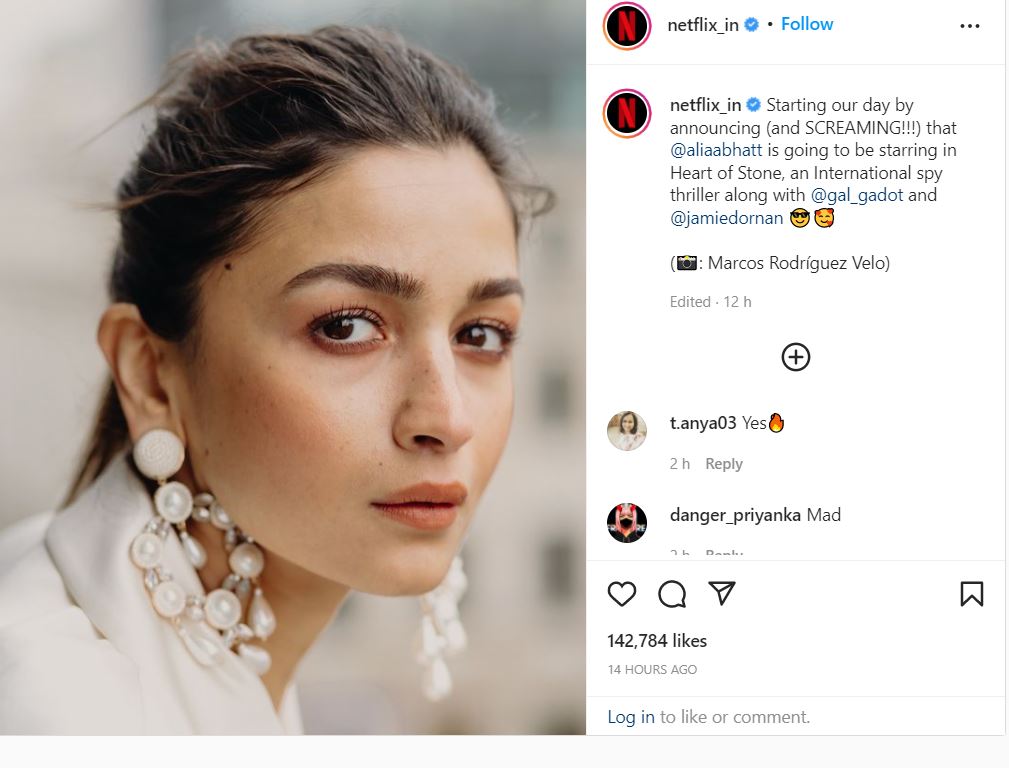 Bollywood star to appear in ‘Heart of Stone,’ an international spy thriller directed by Tom Harper

Noted Indian Actress Alia Bhatt is all set for her Hollywood debut with an international spy thriller titled ‘Heart of Stone’ directed by Tom Harper.

Though it is still unknown what character Bhatt is going to play, she will be seen with Hollywood heartthrob Gal Gadot and Jamie Dornan. ‘Heart of Stone’ is an international spy thriller supported by Netflix and Skydance. Greg Rucka and Allison Schroeder wrote the screenplay.

Netflix India shared the announcement on its official Instagram account: “Starting our day by announcing (and screaming) that Alia Bhatt is going to be in Heart of Stone, an International spy thriller along with @gal_gadot and @jamiedornan”

According to a post from Gal Gadot’s Instagram page, production on ‘Heart of Stone’ began this week. She also disclosed that she will play Rachel Stone in the film.

The 28-year-old Indian actress has been making headlines in India for her role as a real-life mafia queen from 60s Bombay in recently released ‘Gangubai Kathiawadi’. Directed by noted Indian director Sanjay Leela Bhansali, the movie is based on a sex worker, Gangubai in Kamathipura, Mumbai.

Alia was recognized globally at the premiere of the film at the prestigious Berlin International Film Festival. The film was selected under the category Berlinale Special, a segment dedicated to exemplary cinema. Another of her films, ‘Gully Boy’ was also screened at the BIFF.