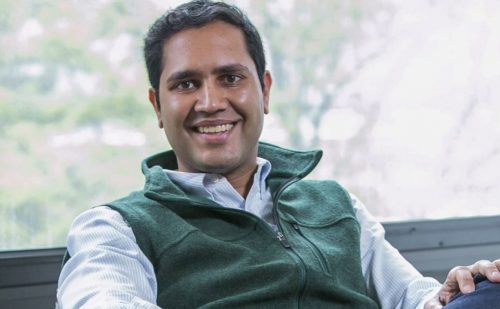 Over 3,000 employees being laid off in US and India three months after Garg sacked 900 employees in a zoom call

Just over three months after better.com’s Indian-American CEO Vishal Garg laid of 900 employees over a shocking Zoom call before Christmas last year, the digital mortgage company is back on a sacking spree.

An estimated 3,000 of the company’s 8,000 employees in the US and India are being asked to go starting March 8 that coincided with International Women’s Day.

Employees have taken to LinkedIn to share harrowing experiences of the lay-off process with one woman saying her computer just shut down in the middle of work.

“I did not find out through our payroll system, my bank account showing a severance check, or a phone call from HR. My computer just shut down in the middle of me responding to one of my clients,” Amanda Bullard wrote on LinkedIn.

The layoffs were meant to be announced by the company on Wednesday, but one employee told TechCrunch that “they accidentally rolled out the severance payslips too early.”

Though Garg is back at the helm of the company after taking a month-long “break”, CFO and Interim President Kevin Ryan sent an email to the employees, saying they “had to adjust to volatility in the interest rate environment and refinancing market.”

“Unfortunately, that means we must take the difficult step of streamlining our operations further and reducing our workforce in both the US and India in a substantial way,” he added in what he called an “important and difficult announcement.”

“We have huge opportunities ahead to grow and to serve, but we must adjust to volatility in the interest rate environment and refinancing market to get there successfully. This decision is driven heavily by the headwinds affecting the residential real estate market,” he wrote.

Affected employees will be eligible for a minimum of 60 working days – and as much as 80 working days – of cash severance payments, Ryan wrote. The company has also partnered with RiseSmart to identify and connect departing employees directly to leading employers who are actively hiring.

The move comes just over three months after the New York-based startup’s CEO and co-founder Vishal Garg laid off 9% of its staff — or 900 people — during a Zoom call that went viral and led to a number of top executives resigning, TechCrunch noted .

While the majority of Better.com staff are in sales and operations roles, the layoff is believed to be impacting the whole company and will directly affect approximately 4,000 people in the US and India.

The antics of “Garg — which included insulting staff and investors as well as a reported history of verbal abuse — likely played a role in the latest decision,” TechCrunch said.

With the interest market changing dramatically, Better.com had to transition to be more of a “purchase” business, or one that helped people with new loans, it said. The hit to its reputation has apparently made it more challenging for Better.com to attract new customers, the tech publication said.

Macroeconomic factors have also had a negative impact on the company’s business. Higher interest rates, which led to a large drop in demand for refinancings, led to the original layoffs in December. Interest rates are only continuing to rise. Rising inflation is not helping matters, TechCrunch said.

“Sadly, the most impacted by all of this within the company are the nearly 4,000 employees who will have lost their jobs in a matter of months,” it said noting, meanwhile, Garg remains at the helm of the company after taking a month-long “break.”

The company has raised just over $900 million since its 2016 inception, $500 million of which came from SoftBank in an April 2021 round that valued Better.com at $6 billion.

Just before the first round of layoffs were announced, Ryan on Nov 30, 2021, said in an internal email that Better.com would have $1 billion on its balance sheet by week’s end, TechCrunch noted.