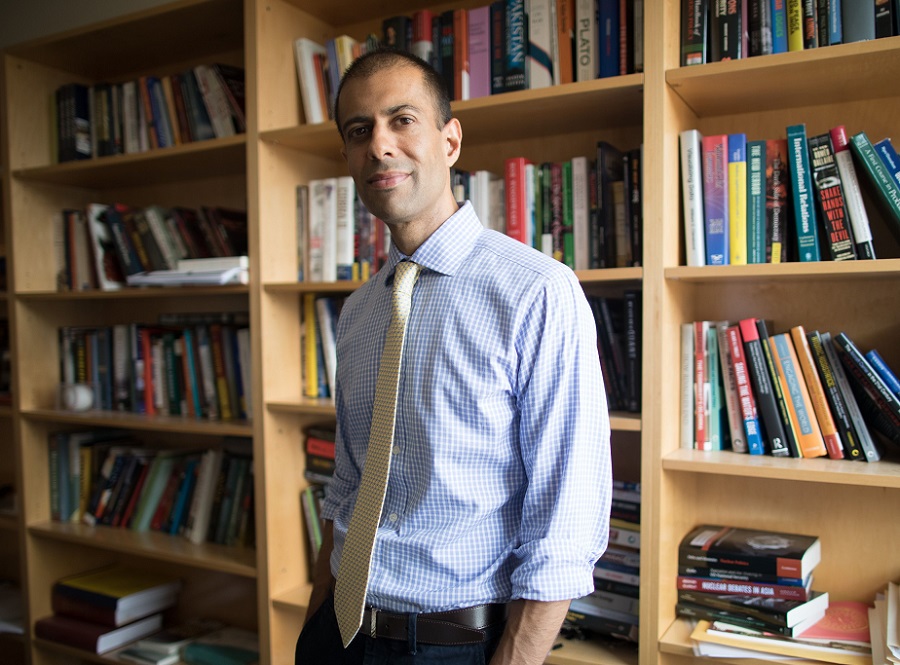 Son of parents of Indian descent, will work on “nuclear, cyber, and missile defense policy” in high level civilian post

Vipin Narang, an Indian-American political scientist at the Massachusetts Institute of Technology (MIT), known for his research on nuclear weapons, conflict and proliferation has taken a key job at the Pentagon.

Son of parents of Indian descent, Narang has been sworn in as the Principal Deputy Assistant Secretary of Defense for Space Policy at the Department of Defense, an office that looks after Pentagon’s space war-fighting policy.

Narang announced Tuesday that he is “taking a public service leave” from the MIT to take up the high level civilian post with work involving “nuclear, cyber, and missile defense policy”.

“Some professional news: I am taking a public service leave from MIT,” he tweeted Tuesday. “Today, I was honored to be sworn in as Principal Deputy Assistant Secretary of Defense for Space Policy, which now includes nuclear, cyber, and missile defense policy. Very excited and humbled to work at OSD/P.”

Born in the San Francisco Bay area, Narang is the Frank Stanton Professor of Nuclear Security and Political Science and member of the Security Studies Program at the MIT.

His second book Seeking the Bomb: Strategies of Nuclear Proliferation was published with Princeton University Press in 2022. His work has appeared in a variety of outlets including International Security, Journal of Conflict Resolution, The Washington Quarterly, International Organization, Foreign Affairs, The Washington Post, and The New York Times.

He was the recipient of the 2020 ISSS Emerging Scholar Award from the International Studies Association awarded to the scholar who “had made the most significant contribution to the field of security studies.”

He received his PhD from the Department of Government, Harvard University in 2010. He holds a BS and MS in chemical engineering with distinction from Stanford University and an M Phil with Distinction in international relations from Balliol College, Oxford University, where he studied on a Marshall Scholarship.

Read: Indian-American Professor Vipin Narang of MIT To Work for US Dept of Defense (March 29, 2022)