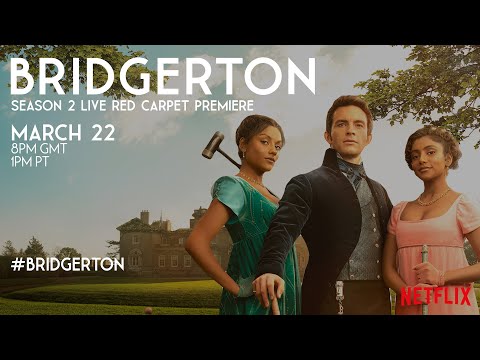 You have to be living under a rock to not have heard of Bridgerton. OTT platform Netflix’s regency romance drama that managed to break all time viewership records for the streaming service is back with Season 2. And as expected the multicultural aspect of the period show has added a unique vantage point for Indians to tune in to the show.

When Netflix announced late last year that the season 2 will feature Indian actresses Simone Ashley and Charithra Chandran it was enough to keep the desis riveted.

Interestingly, when the series premiered about a week ago, there was much Indian-ness than the insipid token color portrayal one is used to seeing on the American mainstream.

While we will give credit to the series for breaking the barriers of real representation in entertainment, the show also sometimes falls short of accurately portraying certain aspects of the complex Indian culture.

The new season introduces an Indian family – the Sharmas. Three sisters in top of the line roles in the much appreciated series. The Sharma sisters with their dark skin and champi (oil massages) bring to the fore aspects of Indian culture that may not have been yet explored on American TV.

It’s also remarkable that the girls gloriously flaunt ornate Victorian style gowns that look splendid against their dark skin. Casting leading ladies in deeper skin tones is something that even Bollywood is struggling with still. So it deserves due credit that Bridgerton actually bridges that gap.

And while the gowns seem to have trumped the Indian lehengas or saris, if you look closely there may be an occasional hint of Indian motif like paisley.

Looking at the role that costumes play in a period drama, it did seem like a missed opportunity to not introduce more Indian textiles or ethnic styles.

It may be noted that the series is set around the early 19th century. While it is mentioned that the Sharma family hailed from Bombay in India, there is no glimpse of what India looked like in the early 1800s.

Chai – a popular beverage in the subcontinent that has gathered some bad rap for its unoriginal western adaptation in the form of modern day chai lattes or chai teas in America, gets its moment in the series in all its gourmet glory. Kate Sharma does not think much of English tea and prefers her masala chai.

There is also a haldi ceremony where turmeric, marigolds and Bollywood music in the background bring to the forefront the Bollywood style moment to the regency era.

The sisters oiling each-other’s hair with oil or the traditional champi massage is unmistakably Indian as is the sisters referring to each other as didi – a north Indian word to address elder sister. However why do the sisters then use Appa to address their father – a south Indian term for dad is puzzling.

While there are some smirks on the internet on how Edwina pronounces Ghalib, all in all we would give it to her to bring the mention of the legendary Indian poet during the times of P.B. Shelly and Jane Austen of the regency era.

Bridgerton did include an Indian writer in its coterie of writers and Geetika Lazardi gets many moments right except for the few misses here and there.