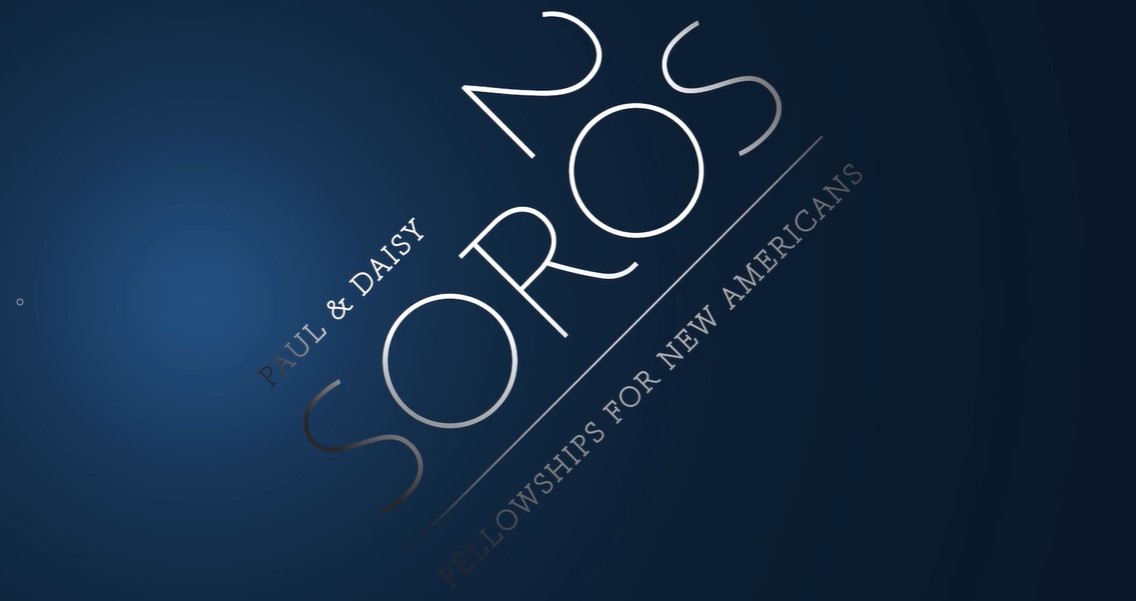 30 outstanding Immigrants and children of immigrants each awarded $90,000 for graduate school studies in USA

Four students of Indian heritage are among the 30 winners of the 2022 Paul & Daisy Soros Fellowships for New Americans, a merit-based graduate school program for immigrants and children of immigrants.

Chosen from a pool of over 1,800 applicants, the 30 Paul & Daisy Soros Fellows were selected for their potential to make significant contributions to the United States, the New York based organization announced Wednesday.

They will each receive up to $90,000 in funding to support their graduate studies and join the prestigious community of over 715 past recipients including US Surgeon General Vivek Murthy and Maine CDC Director Nirav Shah.

“Immigrants, asylum seekers, and refugees are an essential part of the United States. The Paul & Daisy Soros Fellows demonstrate the ingenuity and diverse perspectives that immigrants of all backgrounds bring to America’s graduate programs and to the country as a whole,” Fellowship Director Craig Harwood said of the new Paul & Daisy Soros Fellows.

The four Indian American winners are: Syamantak Payra, pursuing a PhD in electrical engineering at Stanford, Sai Rajagopal, pursuing an MD at Harvard, Hari Srinivasan, pursuing a PhD in neuroscience at Vanderbilt and Rishi Goel, MD student at the University of Pennsylvania. 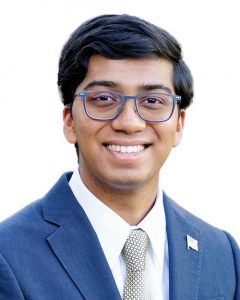 Son of immigrant parents from India, Payra grew up in Houston, Texas. His proudest accomplishments include building a robotic leg brace for his paralyzed teacher and conducting free literacy workshops and STEM outreach programs that reached nearly a thousand underprivileged students across the Greater Houston Area.

A Massachusetts Institute of Technology student, Payra works in Professor Yoel Fink’s research laboratory, creating digital sensor fibers that have been woven into intelligent garments that can assist in diagnosing illnesses.

He also works in Professor Joseph Paradiso’s research laboratory, where he contributed to next-generation spacesuit prototypes that better protect astronauts on spacewalks.

Payra’s research has been published by multiple scientific journals, and he was inducted into the National Gallery of America’s Young Inventors. By pursuing a PhD in engineering, Payra aims to create new biomedical devices that can help improve daily life for patients worldwide.

Rajagopal is a Tamil-speaking immigrant from Canada who was raised both there and in Tennessee. He attended Harvard College, studying women, gender, and sexuality studies along with biomedical engineering. 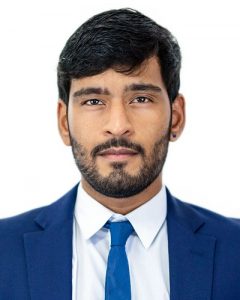 As a biomedical device designer, Rajagopal worked with a team to design an electric rowing machine for paraplegic patients and now focuses on designing safe penile prostheses for transgender people.

In the future, Rajagopal wants to work at the intersection of gender-affirming clinical care and policy. He obtained a master’s degree in mechanical engineering from the Harvard School of Engineering and Applied Sciences, continuing their work in prosthetic device design.

Srinivasan was born in the San Francisco Bay area to parents from India. A bright eyed and social toddler, Srinivasan was diagnosed with autism and ADHD at age three. 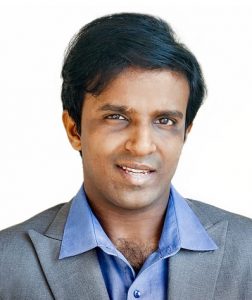 However, with the combination of alternative communication technology and by moving to a charter school, Srinivasan was able to access mainstream education. Srinivasan attended UC Berkeley, where he majored in psychology and minored in disability studies.

As a Haas scholar, Srinivasan was able to conduct fully funded research on the emotional experiences of autistics, specifically the emotions of awe and empathy.

Srinivasan was selected to serve on the Interagency Autism Coordinating Committee, which advises federal policy and priorities. He is also on the Council of Autistics Advisors for the Autism Society of America, on the Community Advisory Board for the Brain Foundation, and is vice-chair of the Autistic Self Advocacy Network.

Born in Ann Arbor, Michigan, Rishi Goel is the child of immigrants from Lucknow, India. Growing up, Goel was inspired by his grandfather—a professor of civil engineering – who brought scientific curiosity and wonder to everyday household tasks. 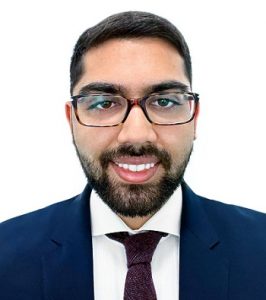 For his undergraduate thesis, Goel designed and tested a novel therapeutic vaccine for food allergy that was able to re-train pathologic immune responses and suppress disease.

After his undergraduate education, Goel earned a master’s degree in immunology from the University of Oxford. At Oxford, he was awarded highest distinction for his academic work and was a member of the Blues lacrosse team.

He then completed an IRTA Fellowship at the National Institutes of Health, investigating new mechanisms of tissue damage in autoimmune diseases like lupus and rheumatoid arthritis.

Goel’s recent work focuses on understanding immune responses to viral pathogens and has led to new insights into the development of immune memory after SARS-CoV-2 infection and mRNA vaccination.

More broadly, he has been involved in launching the Immune Health Project at Penn, which aims to bring immune profiling into the clinic to better diagnose, treat, and prevent disease.

Individuals can learn more about the Fellowship at the program’s website: www.pdsoros.org.

The application for the 2023-24 academic year is now open and is due on Oct 27, 2022 at 2:00 pm ET. Selection criteria focuses on accomplishments that show creativity, originality, and initiative.

The application is open to college seniors, students applying to graduate school, and those who are in the early stages of graduate school.
All applicants must be planning to be enrolled full-time in an accredited graduate program in the US in the 2023-24 academic year.

In addition, applicants must be 30 or younger as of the application deadline. Applicants can find full eligibility requirements here.